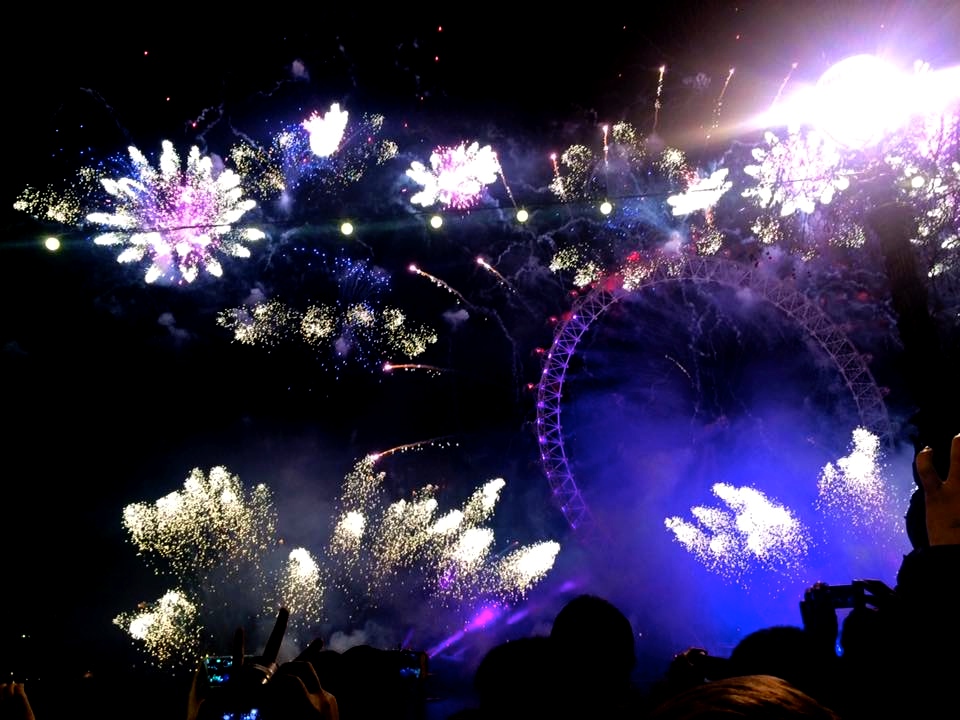 New Years Eve in a big city like Sydney, London and New York is a bucket list item for many.

After having a crazy, fun filled night in Sydney for NYE 2013-2014, I set my sights on London for my next big NYE. Given I was spending Christmas with some of my extended family in Chester, it made perfect sense to catch the train to London for this special event.

But a decision to spend New Years Eve in any big city shouldn’t be taken lightly. It’s not really something you can decide to do on a whim.

Accommodation, flights, club entries, drinks and food all skyrocket for these particular events. Even the Kebab place we went to on NYE had put masking tape over their prices in order to jack them up for New Years Eve!

London NYE was the best new year’s of my life. The fireworks display was incredible, my friend Aden and I were laughing the whole time because it just didn’t seem real.

The sound of Big Ben in the background while the sky over the London Eye exploded with the light display was something that I won’t ever forget. The music was perfectly timed to match the explosions of the fireworks and it didn’t seem like it would ever stop. Frankly I didn’t want it to.

I wouldn’t have exchanged my NYE for the world- and despite the costs and crowds a night in this city is something I would highly recommend.

But these are some things you need to think about before planning to spend a night in one of the biggest cities in Europe.

Air BnBs can also be a good option. Whilst in Sydney for NYE we managed to find an AirBnB for significantly cheaper per person than a hostel dorm bed would have been. It’s worth looking around. But just be organised.

Luckily for me, this wasn’t something I had to worry about as I was staying with friends while in London.

The fireworks displays in London are a ticketed event. If you want access to most of the viewing areas along the banks of the Thames, you’ll need a ticket. They cost 10 pounds and go on sale incrementally, usually starting around July. They are basically about controlling the crowd. The year before the tickets came in they had 500,000 people crowding the river. Now they only sell 110,000. They aren’t too expensive at 10 pounds a pop.

I actually wasn’t organised enough to know I needed tickets. But luckily for me, some nice guy on couchsurfing sold me two tickets for face value (even though he could have scalped them on gumtree for 50 pounds). God I love the CS community!

3. The Fireworks Display Is One of the Cheapest Ways to Do London NYE

You might think 10 pounds is a bit of a rip off but we quickly worked out its one of the cheapest way to bring in the New Year in London. You are allowed to bring alcohol and food into the viewing areas so we quickly packed a picnic of beer, Bacardi, and some nibbles.

In contrast, many of the clubs in London charge 30-50 pounds just as an entrance fee as well as putting the prices up on any of the drinks you would buy inside.

After the fireworks were done, Aden and I headed to Shoreditch to try and find a bar to have a few drinks in. What we quickly found out was that even the smallest bars were charging 5-10 pounds just for entrance.

So it works out a lot cheaper to purchase a ticket and grab some cheap beers to drink.

4. There are some free viewing areas

If you don’t’ manage to get tickets there are a few places where you can see the fireworks for free, Primrose Hill being the main one. You won’t get as good a view as can be seen from the ticketed areas though.

You also should be aware that given this area isn’t controlled, it can get very crowded and it’s often muddy, especially if there has been a lot of rain around.

But it is still better than not seeing them at all!

5. Be prepared to stand

The ticketed areas typically open at 7pm and close at 9pm. You need to be prepared to stand around waiting for the show to begin at midnight. We staked out a spot early and spent the four hours before midnight drinking beers, snacking, and taking it in turns to rush to the toilets.

Regardless of the long monotous hours of standing, there was a good atmosphere. They had a DJ playing music and he was getting the crowd involved- we sang along to Wonderwall, waved the torch lights on our smart phones and danced like no one was watching.

6. Don’t experience your night through a lens

You might notice that my photos of the night are really crappy. This wasn’t just because of the numerous beers I was drinking, but due to the fact that I left my big camera at home. I didn’t want to lug the thing around and I was also conscious of spending the whole fireworks display taking photos rather than actually experiencing it.

In the end it was too amazing for me not to pull my smartphone out, but I was still glad I balanced between taking photos and videos to remember the night from, and actually being in the moment.

7. Stick around to avoid the crowds

After the fireworks display was over, the 110,000 people crowding the riverbank started to move out towards the city to find their way home.

We decided to stick around which allowed us to take this sneaky photo in front of the London Eye, but also to avoid the main crush of the crowd. By the time we were on our way the crowd really had dissipated. By the time we got on a train out to Shoreditch we even managed to find a seat and it wasn’t crowded at all.

8. Do behave, stay safe and be responsible

I can’t say that I felt unsafe at all during the night. The crowd was super well behaved and there was a huge police presence.

Don’t attempt to ruin anyone else’s night, get yourself locked up or worse by doing anything particularly stupid, chances are you’ll get caught by one of the thousand cops that are on the street.

We also had a great time going around and shaking the police officer’s hands and wishing them a Happy New Year. Despite their stern stance they enthusiastically called a greeting back. They are the ones sacrificing their night to keep us safe so it was a nice way to show our gratitude.

9. Soak up the atmosphere

The best thing about NYE in London for me wasn’t just the fireworks display; it was the general vibe once the clock struck twelve.

Don’t be surprised to find well-meaning strangers shaking your hand or popping a kiss on your cheek (one man almost too enthusiastically) as they wish you a genuine Happy New Year.

Don’t be surprised if a random couple you meet on the train decide it will be fun to go out with you in Shoreditch after you tell them that’s where you are heading at 2am in the morning.

10. Don’t have huge expectations to party after the show is over

Most of the clubs and bars don’t miraculously remove their cover charges after midnight. In fact a lot of them go up because they realise thousands of revellers are moving from the banks of the Thames and are looking for somewhere to finish their night.

After walking around Shoreditch for quite a long time and being told that even a small pub was going to charge us 5 pounds to enter, we cut our losses and decided to get kebabs instead. After all of our adventures I ended up rolling into bed at around 4am.

After my night was over I posted a facebook post stating – ‘Some things are overrated- New Years in London is not one of them’.

And it couldn’t be more true. I thought the over hype that surrounds a NYE in London would mean I would end up disappointed, especially after standing four hours in the cold.

But the fireworks display was hands down the best one I’ve ever seen (sorry Sydney but London shits all over you on that front).

It’s a night I know I’ll remember for the rest of my life, and I doubt there will be many NYE that can rival it.

How To Visit Auschwitz Without a Tour From Krakow

My Three to Four Day Itinerary for Munich