11 Reasons Hvar is My New Favourite 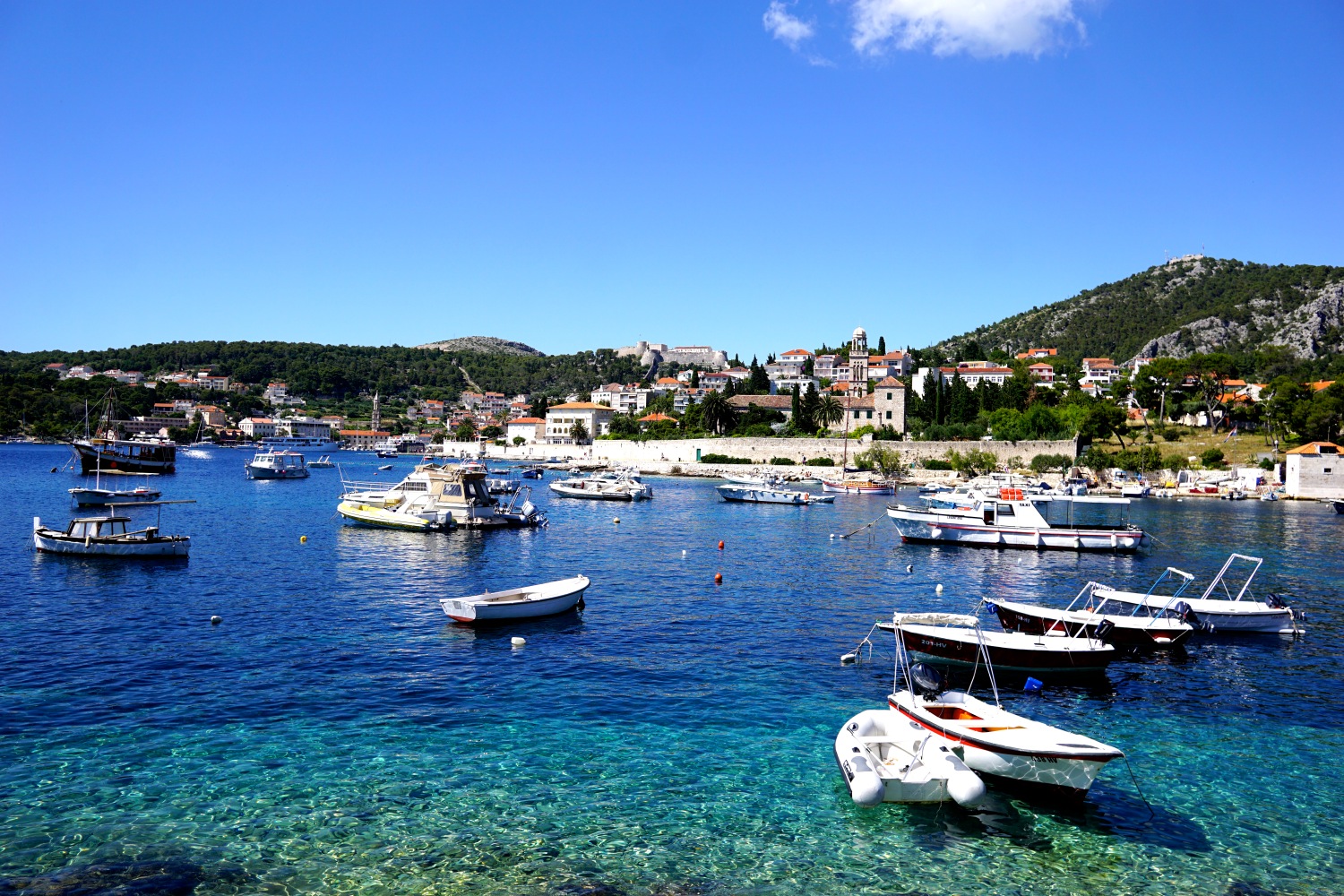 Sometimes in my travels, I stumble upon a place that I fall head over heels in love with. Usually there isn’t anything specific that I can point to as the reasons I loved it so much.

But for the purposes of this post I’ve tried to put together a few reasons why Hvar was one of my favourite places on my trip so far!

1. It forced me to embrace spontaneity

I originally had only planned on spending a couple of days in Hvar. But I loved it so much, and was having far too much fun, that I decided to stay for some more time. This isn’t something I’ve done often during my trip.

I’m such a planner and I have such FOMO (fear of missing out) when it comes to changing those plans. Staying on in Hvar meant cutting my trip to Korcula altogether, and cutting my planned three days in Dubrovnik down to just one day. I’ll admit that a few months ago, I would have been too scared of regrets that I wouldn’t have dared to change me plans.

It’s nice to know that I’ve evolved enough as a traveller that I just do what I feel like doing. And god did I feel like staying on in Hvar.

Hvar is a huge island, and I was staying in Hvar town. You think with five whole days on the island, I would have gotten around to a lot of the island. But my time in Hvar wasn’t so much about sightseeing or visiting, but rather more about lazy afternoons along the water- swimming, drinking and hanging out with new friends made from the hostel.

Hvar didn’t have amazing sandy beaches, but it did have beautiful blue water and small secluded swimming spots where we could let our hair down! Lazy days are precious when you are on the road, and I think that’s why a lot of my favourite places have been places where I’ve been able to chill out and relax.

Like most of my favourite places on this trip, the reason I loved Hvar so much just wasn’t because of the destination, but also because of the awesome hostel I stayed in.

Earthers Hostel is run by two Aussie-Croatian guys and a cool silver fox from California. They definitely weren’t silent owners, I spoke to many of them while playing beer pong with them, or just chilling out outside.

I remember seeing one review of this hostel on hostelworld:
‘Earthers Hostel is kind of like someone hired out a huge house/mansion in order to hang out with a bunch of friends and play beer pong and hang out in the backyard’.

It’s an accurate description. Earthers Hostel made it super easy to make new friends, and there was always something going on. Whether it was a BBQ, a beer pong tournament or even watching the newest episode of game of thrones in the lounge room. It felt more like a family holiday house than it did a hostel. I absolutely loved it.

Some of my best hostel experiences happened because I formed quick friendships that lasted for the duration of our stays. And that’s what happened in Hvar. I met some awesome people at check in and we became fast friends. Over the next couple of days we hiked together, drank together, ate together, beached together and just got up to lots of Hvar shenanigans.

I made some of the best friends of my whole 9 months of travel at Earthers Hostel in Hvar, and I can’t wait to catch up with some of them at some point in the future. It’s an excuse to start planning a US roadtrip!

One of the major reasons I decided to stay on in Hvar was to catch the hostel boat trip that leaves between two or three times a week. The hostel hires out a boat for the day and you pay the equivalent of only €30 to go out on a boat with a bunch of people from the hostel, drink all the beer or sangria that you can, and have a delicious BBQ lunch.

It’s incredibly good value and an awesome day out. I’m such a water baby, and being on a boat with beer and frequent swimming breaks is about as close to heaven as it gets for me.

God knows why hungover Britt decided to give in to peer pressure and hike up to Napolean’s Fortress. It’s the highest point overlooking Hvar town and the view was worth the constant cramps from my terribly dehydrated legs.

It was nice to just chill out at the top of the fortress and explore the ruins, while admiring the blue water and the tiny islands below.

But a word of warning; take lots of water and start out early, before the blazing heat of the day can destroy you. And maybe don’t do it after a big night out in Hvar town!

I remember telling someone in my Split hostel that I was heading to Hvar for a couple of days. Her response was ‘Oh you like to party then hey?’.

The backpacking side of Hvar is basically dedicated to long days hanging out by the water and long nights out in its bars and clubs.

I’m not a club sort of girl, so I never forked out the fee for the clubs on the island. Although I heard great things about Carpe Diem- a club located on a beach on a tiny island that you get shuttled in a boat too. Instead I spent my nights in the bars. I love how Croatian bars always seem to be playing 90s music!

8. Random trips to a winery

Faced with our only day of bad weather for the whole trip, some of us were wondering what we could do with a windy and cloudy day. Someone from our hostel recommended a tour to a local winery on the UNESCO listed Stari Grad Plain.

It was the most unique winery tour I’ve ever done. We were picked up and when we arrived on the winery/farm we had some time to take photos of the lavender fields, and also cuddle up with the baby donkeys! So cute!

We then sat down in a beautiful outside area where we sampled lots of delicious local wine, and also organic local produce. It was a completely different side to this beach destination, and I absolutely loved it. The wine was so good we ended up taking some home with us to have at the hostel.

‘Fig’ is the name of a restaurant that provided some of the best food of my whole 9 months of travel. The Californian silver fox, Jeff, that partly runs the hostel, also runs this awesome restaurant and any guests from Earthers get a 20% discount.

We ended up eating there for four meals in three days. Three dinners and one breakfast. Everything I ate was delicious, and completely affordable given the quality of the ingredients and the dishes.

I haven’t tasted such inventive, delicious and fresh dishes since I left Melbourne.

Highlights for me were the flatbreads (we had one topped with tomato onion jam, one topped with prosciutto, brie and cranberry and one topped with figs and feta), the pulled pork served with tortillas, the vegetarian curry, the chicken tacos (finally tacos with an adequate amount of guacamole) and the breakfast burrito. Oh and I can’t forget the spicy margaritas that Jeff whipped up just for us! I want to go back to Hvar just to eat at Fig!

10. The beautiful old town of Hvar

Hvar old town is a beautiful port town with lots of beautiful and historic streets and buildings. I didn’t spend a lot of time in the town itself, but everytime I found myself walking around the town I was pulling out my camera to take photos of new things I had discovered.

Hvar has some of the best sunsets I’ve seen in a long time! Luckily for me, Earthers Hostel was located on a little bit of a hill, which made it the perfect sunset watching spot!

Every night we would sit outside on the front patio with drinks and just watch the sunset. It was spectacular! But the best sunset came on my very last night, just after we were walking back for Fig for a late night swim!

If I didn’t already have plans to meet my Nan and friends in Greece, Hvar could have been the sort of place I could stop for a month, maybe even longer. It’s still one of my favourite places!