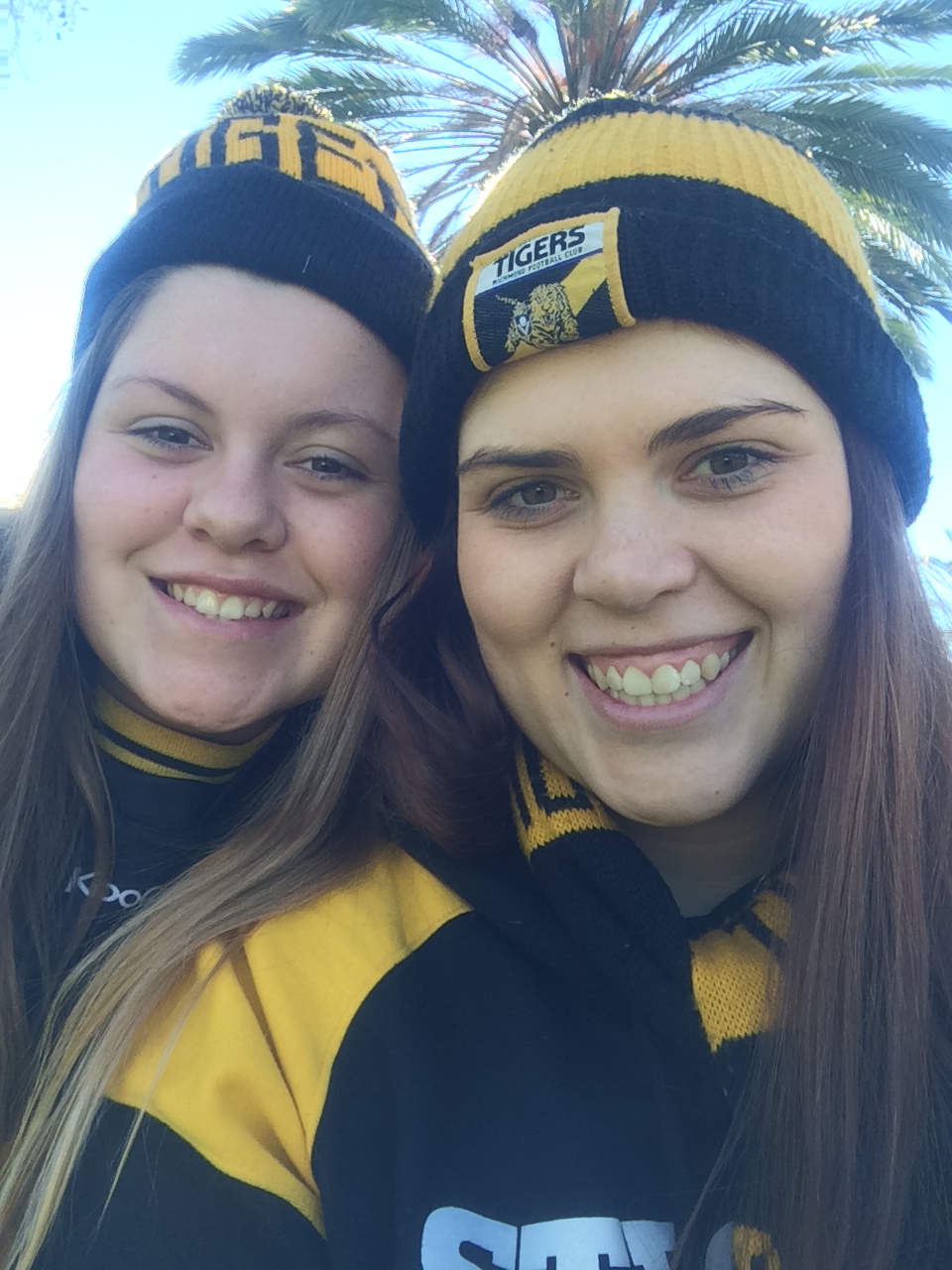 Before Sunday, I’d never actually been across the border to South Australia; in fact my exploration of my home country is minimal. When I was little, every year we would always go somewhere in Queensland, usually the Gold Coast or Cairns, and outside of the Sunshine State I’ve been to Sydney and NSW a fair few times, as well as the great capital of Canberra.

However when my football team made finals against all odds I decided I was crazy enough to make the trip over there to support them. Lucky enough I managed to pick up some flights before they skyrocketed, meaning I only had a 1.2 hour plane ride rather than the 8-9 hour drive. Our flight left at the ungodly hour of 6am which required a 4am wakeup call.

We arrived in Adelaide at 7am. It was a very short flight; the flight attendants only had time to serve refreshments before they were readying the cabin for landing. My first perception of Adelaide was that it was incredibly small- it reminded me of a big country town rather than a fully-fledged city. We walked around for an hour trying to find anywhere open for breakfast that wasn’t McDonalds and failed. IN all fairness it was 7am on a Sunday morning but I’m absolutely certain that breakfast/brunch crazy Melbourne would still be at least starting to bustle at a similar time. We decided to just relax in a park until we finally managed to find a café on the river that served a rather acceptable breakfast, although not up to Melbourne standard (but really- what ever is?).

On our walk back to our hostel the city seemed to finally be waking up, more places were open and the supermarkets were also opening their doors (at 10am!!!). We even managed to find gelato at Brunelli’s which was delicious. As the city woke up we started to realise just how many fans had made the trip over, the whole city was full of people sporting the yellow and black and there was such a great atmosphere with everyone yelling out ‘Go Tigers’ or ‘Carn the Tigers’ when they saw our matching colours.

We stayed at the YHA in Adelaide in a family room given that my sister is underage so dorm beds weren’t an option. YHA- or Youth Hostels Australia is a chain of hostels throughout the country. From experience they are usually the higher price range of the hostels in Australia but they are super clean, super efficient and they have someone at the counter 24/7. I also think they do some kind of loyalty deal where you can buy 15 nights in YHAs throughout Australia for a discount- these deals change to change so perhaps check out their website- www.yha.com.au. We had a great stay with them in Adelaide, the lady checking us in moved us from the family room on the third floor to the family room on the second floor so we could check in earlier.

After check in, we grabbed some picnic snacks from the supermarket before heading to Adelaide Train Station. There was to be a pre-arranged Richmond March for fans starting at the station and finishing at the Oval. It was an amazing experience; there were so many people there all singing our club song and chanting as we very slowly marched towards the oval. We even crossed paths with the Port Adelaide march which got very interesting!

Alas, the March ended up being the highlight of the day as the match went from bad to worse. We were down by 7 goals at the first quarter, 11 at half time and managed to finish off the match only losing by 57 points. Between the awful result and the burning sun many beers (or cider in my case) were drunk. However as I have said every time one of my friends has tried to give me shit for the result this weekend, I’d still rather be in finals and get smashed, than have finished 10th or even close to the bottom of the ladder which seemed to be our fate 10 games ago. Hopefully we can learn from it next season!

I’m not yet ready to let go of footy season, in fact I’m going to the game between the Geelong Cats and the North Melbourne Kangaroos this Friday night.

My final opinion of Adelaide is that I had a good weekend given the atmosphere that the football game brought to the town, but I don’t think I’d go out of my way to visit it. It didn’t seem to offer a lot in the way of nightlife or anything else that would normally appeal to me as a destination. I was only there for 24 hours and did only explore the inner city. A trip to South Australia usually involves a visit to the beautiful wineries in the Barossa valley for example. I wouldn’t book a trip solely to Adelaide again but I would be open to exploring more of South Australia in the future.

How I Earned 65,000 Qantas Frequent Flyer points in 4 months