My 5 Day Love Affair With Slovenia: Day 5- Ljubljana, the City of Dragons 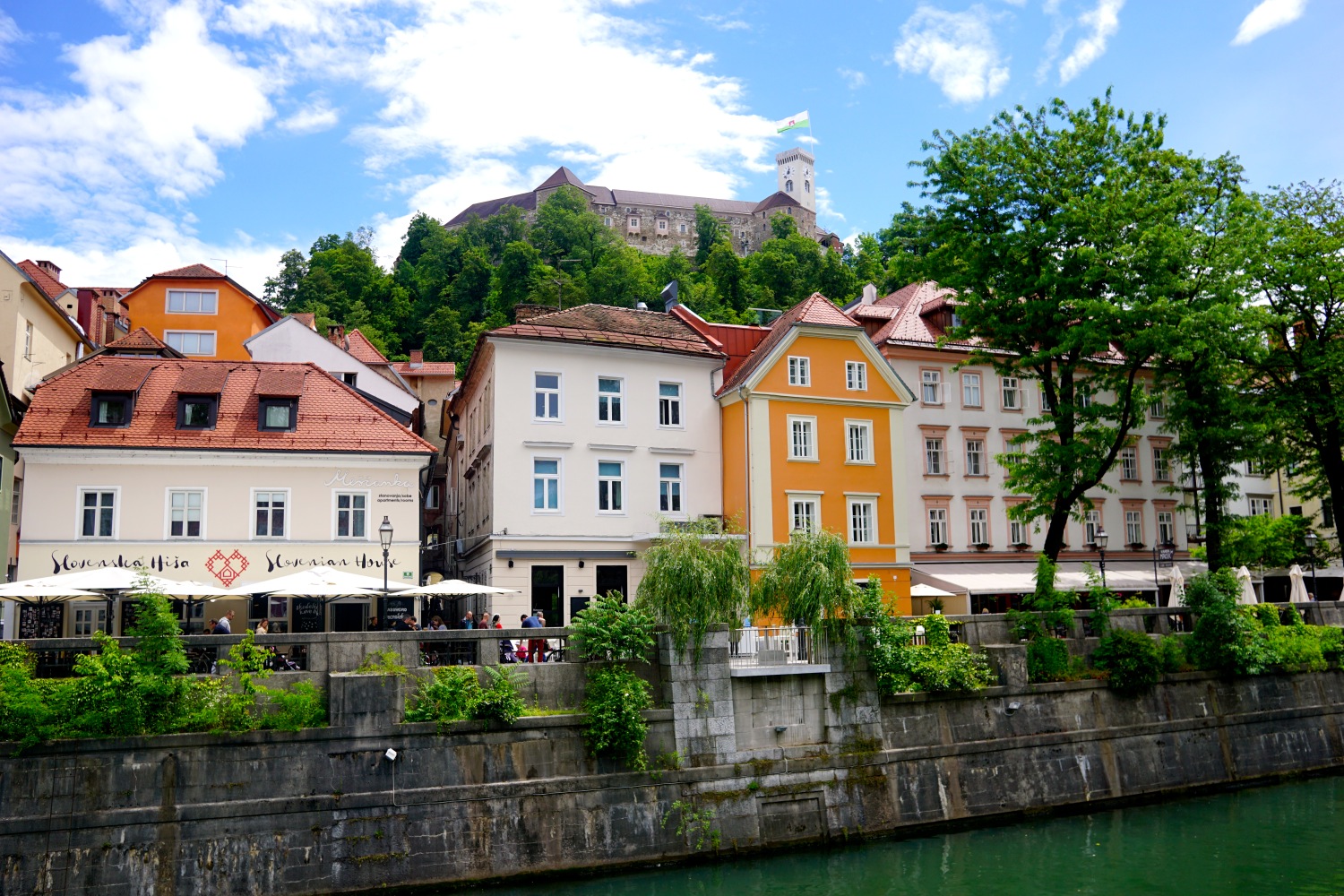 My final day in Slovenia was my first opportunity to explore the capital; Ljubljana. During my stay in Bled, heaps of people at my hostel had raved about the city so I was super excited to arrive there on my last day.

If I have one regret from my time in Slovenia, it’s that I didn’t have enough time in Ljubljana. It’s a city I’d be very excited to return to one day.

My first experience of the city was actually on my fourth day in Slovenia, when I arrived at around 7pm following my Alpine Fairytales tour with Roundabout Travel.

And whilst I explored Ljubljana on both days, I definitely preferred wandering the city at night. The true spirit of this city is recognised best when the sun starts to come down. People come out and drink along the river, the cafes and restaurants come to life with both tourists and locals.

Most of all, my favourite part of Ljubljana at night was how public spaces come alive in a real sense of community. On my first night in the city I stumbled upon a public park where DJs and bands were playing. It was an impromptu mini music festival in the middle of a random park. People were standing around, some with picnicking with wine, while others were just sitting in the park bench soaking up the atmosphere.

Others were like me, having been engrossed into the park by the buzz of music and people, we were bystanders to the fun. It was great to just sit and people watch and I’m not sure anywhere else in the city could be more reflective of the Ljubljana vibe.

The best way to explore Ljubljana by night is to follow your senses. My ears led me to the park, while my tastebuds and nose led me to some truly great falafel and some fantastic gelato. And of course my eyes had me wandering the riverside and gazing at the unique architecture, water and people.

I loved Ljubljana by night, but the daylight allowed me to see things I had missed on my explorations the night before. Ljubljana is a city of bridges, but none is more famous than the Dragon Bridge, which is protected by dragon statutes.

If you didn’t know, Ljubljana is meant to be a city of dragons. The famous Ljubljana dragon is said to have killed Jason of the Argonauts. This myth plays a major part in the identity of the city. I thought this was super cool, and the bridge looked like something straight out of a fairytale. I half expected the dragons on the bridge to spring into life like in a storybook.

A visit to the castle is something that you absolutely can’t leave Ljubljana without doing. There are two options to get up to this fortress that looms over the city; you can take the cable car or you can brave the hill and walk up there.

I’ve been trying to turn over a new leaf when it comes to exercise. After two months in Italy my body was in need of some serious physical therapy. So I’m a little ashamed to say that I decided to take the cable car up.

The problem was that I had to check out of my hostel so I was carrying my Macbook around which makes my daypack pretty heavy. I wasn’t keen to brave the hill with that on my back.

Regardless of how you make it up to the castle, you can’t help but love it when you get to the top. Make sure you allocate plenty of time here because there is so much to do in the castle.

The highlight for me was walking up to the old tower to get the best view over Ljubljana. It was worth all those steps! In the tower you’ll also find a multimedia exhibition called ‘virtual castle’ where they show you a film on the history of the castle. It was super informative.

The ‘pink church’ as its most commonly refered to is an icon of the city. There is nothing truly remarakable about the church itself, except for the fact that it is pink.

What I did love was the area surrounding the church including Presen Square- this is where the medieval part of the city meets the modern part of the city, separated by the river and brought back together by the Triple Bridge.

This square was always a hive of entertainment and I had lots of fun people watching around here.

Getting Lost and Taking it Slow

Ljubljana is ultimately a city where the most important thing isn’t what you see but what you experience. The atmosphere and the general vibe of the city is the reason I loved it so much.

You aren’t going to experience that vibe if all you do is go wandering around with a checklist of activities. Instead it’s better to wander with no destination in mind.

I stopped at a beautiful teahouse for a delicious chai, I sat by the river and read my kindle, and I stumbled into a seafood bar and ate some delicious grilled fish and chatted to the lady behind the bar.

Like a few other cities I’ve listed, such as Lisbon or Budapest, the beauty in Ljubljana is the feeling that the city leaves you with. It’s that small ache you feel when you have to jump on the bus to your next destination.