My 5 Day Love Affair With Slovenia: Day 3- The Skocjan Caves and Piran with Roundabout Travel 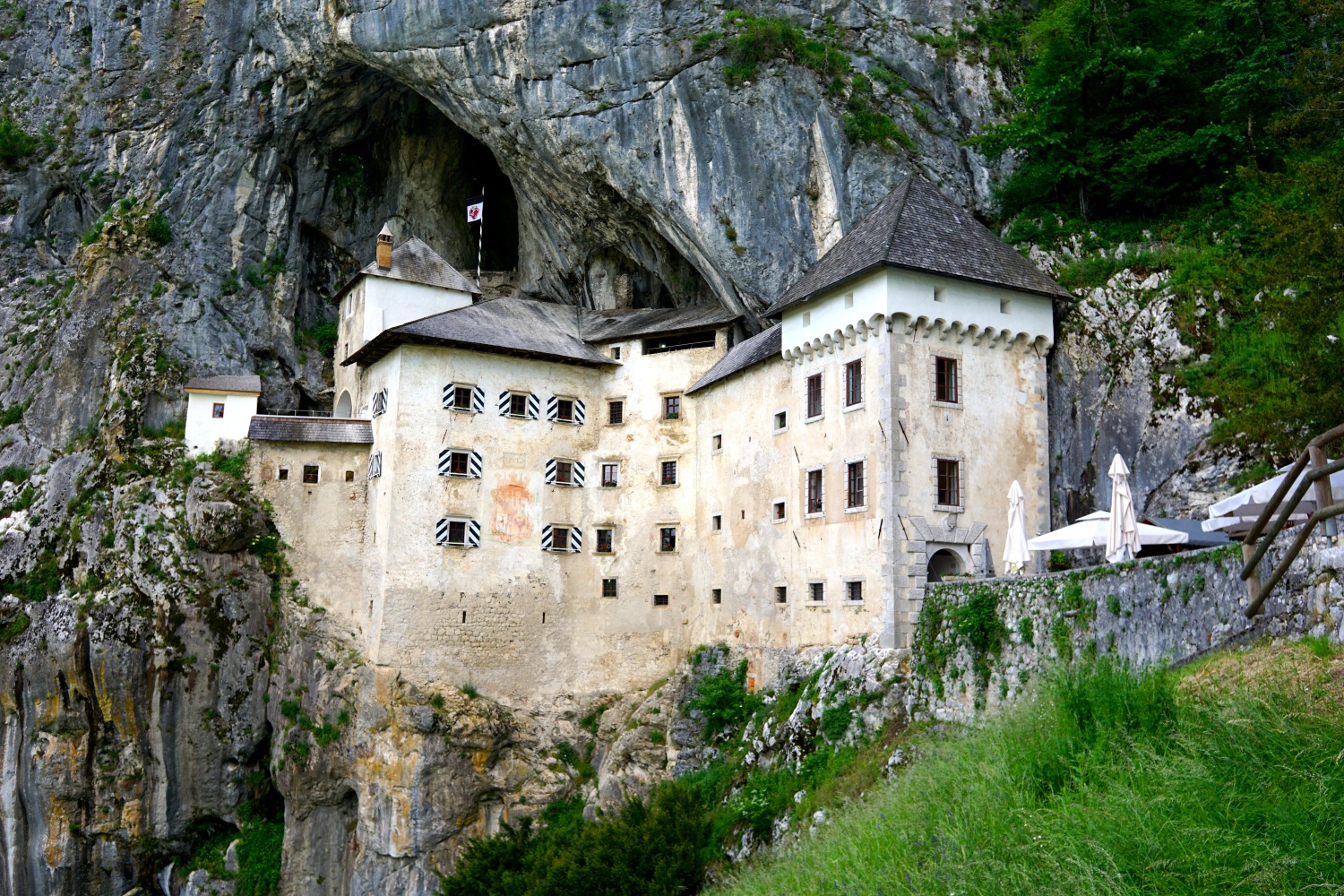 Whenever I plan to visit a new country, one of the very first things I do is check out the UNESCO World Heritage Site list for that particular place. I’m an avid UNESCO ‘hunter’ and I always jump at opportunities to visit new ones and add them to my list.

By checking the list, I make sure I don’t miss places that might be easy to fit into my plans. Many times the list has taken me slightly off the beaten track to awe inspiring historical sites.

The list was how I found Skocjan caves, one of the three UNESCO World Heritage Sites in Slovenia. As soon as I started reading about Skocjan I knew that I had to get there while I was visiting Slovenia.

Visiting one of Europe’s biggest natural caves, which is home to unique organisms and life seemed like something completely different to anything else I had done and seen while in Europe.

Moreover, while still popular, I’d heard that the Skocjan caves were more natural, less busy and less touristy than the famous Postojna cave which is so big that you visit it on a train rather than by foot.

The only catch was that Skocjan was essentially inaccessible by public transport. Unless I hired a car or jumped on a guided tour, it was going to be logistically hard to get there. That’s when I stumbled upon Roundabout Travel’s Karst and Coast Mystery Tour that included a trip to Skocjan Cave, a visit to see the famous Lipica horses, a visit to the seaside village of Piran and a stop at Predjama castle.

The tour starts at Ljubljana but you can get them to pick you up in Bled a little earlier, which is what I did as I was basing myself in Bled. It just meant a slightly earlier wakeup call than everyone else on the tour that got on at the capital.

The first thing I noticed, and loved about Roundabout Travel is that all of their tours have a maximum of eight people. I was completely expecting to be stuck on a big bus with lots of other tourists, but instead there were only eight of us, and the driver who also served as our guide.

The first stop of the day was the Skocjan Caves. The Skocjan Caves can only be visited on a guided tour run by the national park. During the high season (June-August), tours leave every hour, but as we were visiting at the very end of May there were only two departures for the day.

Unfortunately no photography is allowed in the cave in order to preserve the natural environment, so you’ll just have to trust me when I saw that it was absolutely spectacular. Or go and see it for yourself!

The cave is very huge, and of course you can’t see every inch of it. The main reason is that the paths are limited so as to minimise the human impact on the area. The most common tourist route takes you through two parts of the cave and takes roughly two hours altogether.

The first thing you notice about Skocjan is that it is living and breathing. This isn’t a dead cave, the stalalities and stalacmites are still growing. When a cave is alive it is more beautiful, as the whole place is covered in white, glistening stone that basically looks like diamonds. It’s so stunning!

But the thing that sets Skocjan apart from the rest is the second part of the cave, where you’ll find a huge underground canyon along with the river that still runs through the cave. There is something magical about standing at the top of a giant canyon and looking down at the torrents of water below. It’s easy to forget that you are underground!

The path takes you right down to the bottom to get up close and personal with the river. But going down also means you have to climb a far few stairs to get back up to the top!

At the very end of the cave you are allowed to take photos, although I even hesitate to post them here as they are NO reflection of what it actually looks like it inside. This part of the cave is clearly not still living and breathing!

Before you leave, make sure you walk out to the viewpoint to cave down at the river entering the cave. It’s a sensational view!

Our next stop was Lipica to visit the Lipizzaner horses. These pure white horses are often mistaken as Spanish, because you’ll find them in Spanish performances. But the birthplace of these horses is in Slovenia, and the farms still run today.

It’s not actually an official visit, rather we drove past the paddocks until we could find a good place to stop to see the horses as close as possible. How close you get is really a matter of luck, sometimes the horses are right up on the fence, other times they are further away.

Regardless they are super majestic creatures!

The Slovenian Coast and Piran

From Lipica we headed to the Slovenian coast. If you didn’t realise Slovenia actually had a coast you can’t really be blamed. After all it is only 46.6km long.

But this small coastlines is home to some beautiful little town and the city of Piran is clearly the jewel of the Slovenia coast.

I booked this tour solely for the caves, but was so happy that the tour gave me an opportunity to visit Piran. People rave about Split and Dubrovnik (which I also loved), but the awesomeness of Piran is less known. And unlike other tours I’ve been, our guide wasn’t going to rush our time in the city at all. Instead he dropped us off and gave us two hours to explore at our leisure.

A few of us from the tour headed to the waterfront to grab some much needed lunch. Once again, Slovenia surprised me with its value. I expected this country to be expensive, being so close to Austria and Italy which aren’t cheap for eating. Instead I kept finding deals like what we had in Piran; fish soup, a huge piece of grilled sea bass, fruit salad and wine for €12! It was super delicious.

After lunch it was time to explore. The biggest advice our guide gave us for Piran was to simply get lost. This is usually my plan of attack for any old town, but it definitely worked in Piran. The maze of streets took me past cute houses, little courtyards and old ruins.

I wanted to end up at the church overlooking the main square, so when I found some stairs I started to climb. Sure enough I finally found myself at the church with a stunning view overlooking Piran. The terrible Slovenian weather clearly didn’t apply to Piran, as the sky couldn’t have been clearer.

If you want to climb even more, you can climb up to the old ruins of the castle at the very top of the hill. I’m not certain how long this would take you though!

After wandering around some more I grabbed a gelato (recommend by my guide) and sat in the main square and people watched. I was so glad I didn’t have to give up my gelato addiction when I left Italy. Slovenia is so close to the border, and has such a huge Italian influence and immigration that the gelato here is just as good as you’ll get in Italy!

Our last stop of the day was Predjama Castle. In the high season, when the Skocjan cave tours leave regularly, this tour stops at the castle first. But given we had to rush to make the only morning tour of the cave, we ended up visiting the castle at the end of the day.

This small little castle, carved into a cave, has lots of history from different ages. Our guide had lots of information and stories to tell us about why the castle was built and how its been used through the centuries. The castle dates back to the Renaissance, although its first mentioned in historical documents in 1274.

But the castle’s most famous story is of Erazem Leuger. He was a local robber who hid safely within the confines of his castle. After angering the Hapsburg army, he was besieged in his castle for over a year. The protection of the cave, and an unknown tunnel above that allowed him to access food and wine meant that the fortress was almost impenetrable. The only penetrable part of the castle was the toilet, located in a small building next to the castle. The army bribed one of Erazem’s servants, who put a candle in the window to indicate Erazem was using the privy. He was killed by a cannonball while sitting on the toilet!

Thus is the legend of Erazem and Predjama Castle!

A conclusion on the tour

I’m not a huge tour person. I can think of nothing worse than going on a Contiki tour of Europe. It’s just not for me. But I really love to take small day tours like this one. I always check that it’s a small van and I always make sure that they aren’t trying to squeeze too much into the one day. I felt this tour was definitely well balanced.

Luckily the size of Slovenia means that in a very short amount of time, you can see a large majority of the country. Hence it’s the perfect place to jump on a tour. Some label day tours restrictive, but I loved the freedom of not having to worry about organising anything, researching anything or trying to navigate public transport! This was evidently one of my favourite days in Slovenia!

Where Should I Stay in Slovenia?

If you are a budget traveller or are just looking to make some friends, I always recommend staying at hostels. In Ljubljana, I stayed at Hostel 24.


Please note: I was offered a complimentary spot on this tour by Roundabout Travel, including all entrance fees, in exchange for an honest review. As always, all opinions are my own and I’d never recommend something I wouldn’t pay for with my own money.