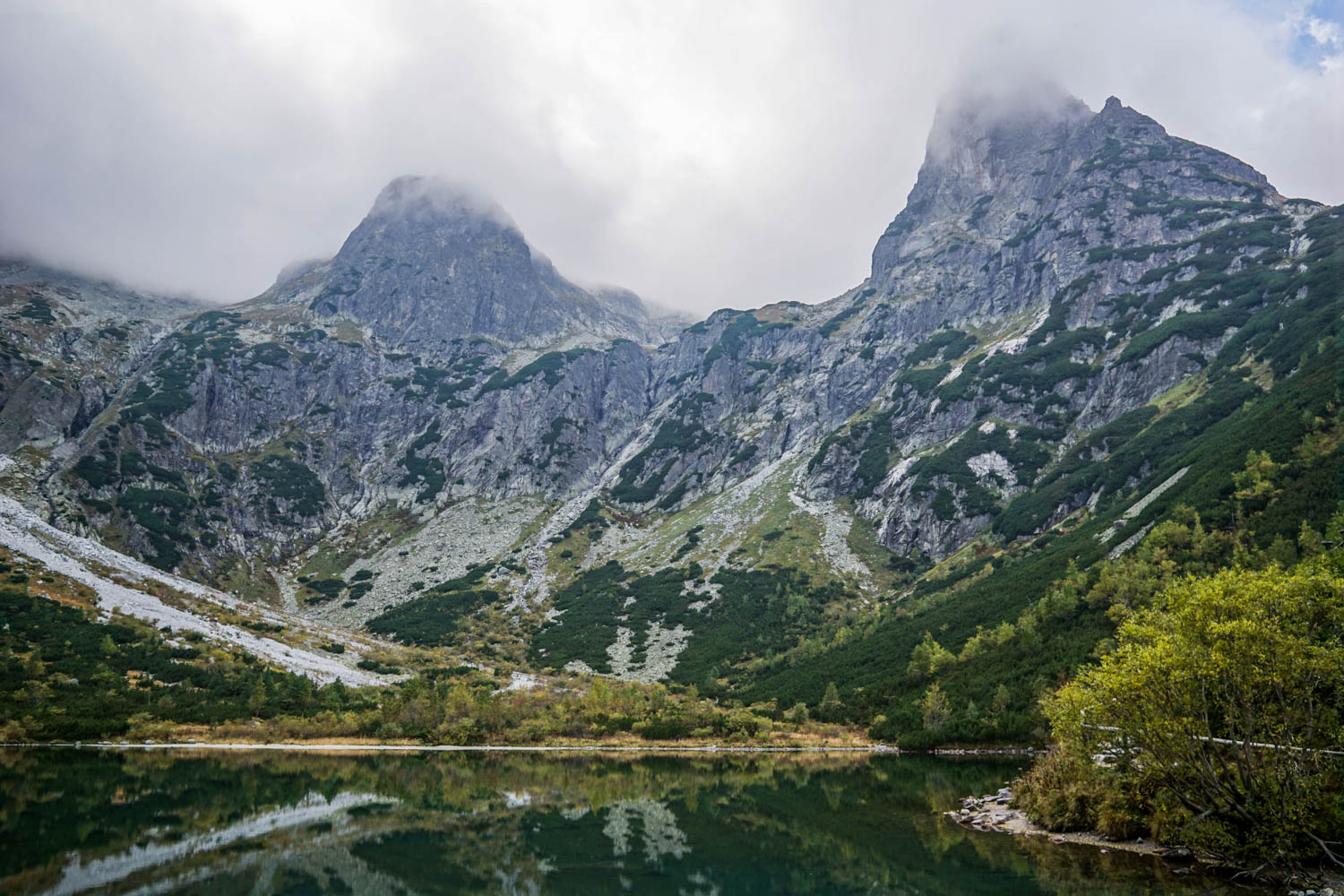 Upon my return to Poland I knew that I wanted to cross one thing off my bucket list- the Tatras Mountains.

So many of my friends had been posting photos of incredible landscapes, taken as they climbed amazing, snowcapped mountains. I absolutely had to go. But I found myself struggling to work out the logistics. The Tatras Mountains border Slovakia and Poland so I could stay on either side. There were so many different hikes to choose from and I had no idea how to do any of it.

So I reached out to my friends whose photos had inspired me and was finally given a golden piece of advice- stay at the Ginger Monkey in Zdiar, Slovakia. It was one of the best pieces of travel advice I have ever received because the six days (it was meant to originally be two) I spent at the Ginger Monkey were magical. Hence instead of purely writing a post about everything I did in Slovakia- I thought I’d much rather convince you all to go to!

There aren’t too many places in the world where you can pay €14 a night for a place with a view like the one from the Ginger Monkey. After the slight slog up the hill to reach it, you’ll understand why the owners chose to create a hostel here. The view from the porch is spectacular as you are basically in a valley with the stunning, snow-capped Tatras Mountains stretched out in front of you.

The Ginger Monkey is a small hostel- it’s only got 20 or so beds. So there is usually only 2-3 members of staff living and working there at any given time. Dan and Andy were the two there at the time I visited and both of them were super fun, super helpful and super friendly. Want to work out how to get to your next destination? Need to pick a hike to do? Want to go visit another place in tiny Slovakia as a day trip? There really isn’t a question about the region they weren’t equipped to answer. It also wasn’t unknown for one of them to tag along with the group who were venturing off somewhere for the day. And when I hurt myself hiking and had to spend an extra two days chilling out in the hostel living room, they made awesome movie buddies. They also keep the hostel incredibly clean!

If you are visiting in the warmer months when the hiking trails are open, this is probably what brought you to Zdiar and the Ginger Monkey in the first place. From Zdiar it is very easy to start one of the most beautiful hikes in the mountains- the Saddle. The Saddle is the one hike that almost everyone in the hostel does and it is still one of the hardest things I’ve ever done. It’s a couple of hours slog completely uphill and it took me 2-3 hours longer than everyone else to complete it.

But the views made the pain 100% worth it, as did the sense of accomplishment by the time I finally made it back to the hostel. Even if I did hobble back on a bad knee that I needed to rest for the next few days.

4. Day Trips to nearby Slovak Paradise and Spis Castle

The Ginger Monkey is the first base for days trips to some of the most beautiful places in Slovakia including Slovak Paradise National Park and Spis Castle. It’s easy enough to hop on a bus to nearby Poprad and to then catch a connection from there. You’ll almost always be able to find someone around the hostel that wants to join you. My bad knee meant I didn’t make it to Spis Castle- something I’m definitely going to return to do someday.

But Slovak Paradise was extremely beautiful and I looked visiting there. Despite the fact that I fell down a ravine and had to wait for some Slovakian men to come along and hoist me out of the ditch. It wasn’t my proudest moment that is for sure!

Just a short walk from the Ginger Monkey you’ll find the Goulash man and his little cabin. Basically you tap on his little window and he will appear and unlook a tiny little dining room at the back of the cabin. He only serves two things- sausages and goulash. Trust me- you want to be ordering the goulash. He will say ‘goulash??’ – one of the only English words he knows and you just say yes and hold up a finger to indicate how many. He will then ask ‘beer?’- don’t say yes- it is terrible!

He will then prepare your steaming hot bowl of €5 goulash and pass it through a tiny window with a piece of bread. It’s quick, delicious and you haven’t really been to Zdiar if you haven’t eaten here at least once.

Almost everyone arrives at the Ginger Monkey because of word of mouth. Someone in your hostel in Budapest or Krakow or Bratislava has been raving about this hostel in the mountains you absolutely have to go. And one of the main reasons everyone raves about it is that staying at the Ginger Monkey definitely feels like returning home. It’s a small hostel so everyone hangs out together- whether that is eating out together at places like Pizza Night at the local pizza place, cooking a meal together in the kitchen, heading out on a day trip, watching a movie or drinking Slovakian spirits in the kitchen area. It’s easy to form friendships here and it is pretty much impossible not to have fun.

7. Cheap skiing and the snow!

The Ginger Monkey has two high seasons- summer for amazing hiking and winter for some of the cheapest skiing in Europe. You’ll pay less for a day ski pass on the slopes around Zdiar then you would pay for a beer on the slopes in Italy, France or Switzerland. And it is still only €14 to stay at the Ginger Monkey! I missed the snow season which is probably a good thing considering how unlucky I got with hurting myself even without the snow!

I saved the best for last. The best thing about the Ginger Monkey is of course Wally. The owners picked Wally up from a nearby pound right when they were starting the hostel and he is the only permanent resident of the Ginger Monkey. He needs at least two walks a day and thus one of the best activities to do in Zdiar is to take Wally for a walk on the nearby trails. He also loves a cuddle and he is just the best dog I’ve ever met. If the other 7 reasons haven’t convinced you to visit the Ginger Monkey- Wally has to seal the deal!!