A Day in Albi, My Favourite Small Town in France 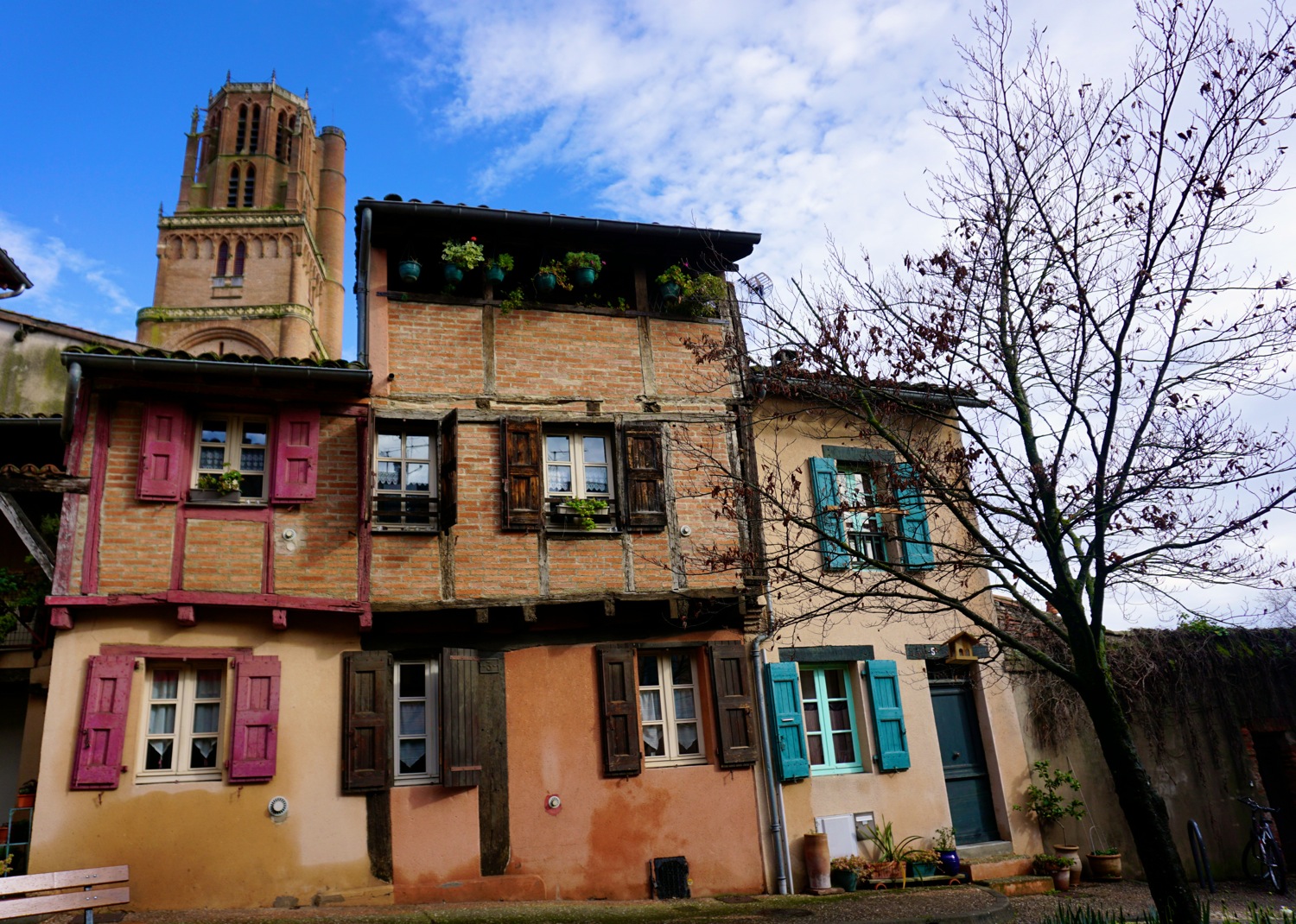 Much like all of the other small towns I have visited while in Europe, Albi made the list because of its designation as a UNESCO World Heritage Site. And once again, this list allowed me to discover a hidden gem.

I was interested in visiting two small, UNESCO listed towns in the Mid-Pyrenees region; Albi and Carcassonne. But upon realising that these small towns didn’t have any inexpensive accommodation like hostels, I decided instead to base myself in the nearby big city of Toulouse and do Albi and Carcassonne as day trips.

I couchsurfed in Toulouse so I don’t have any specific recommendations about where to stay. But you’ll find plenty of hostels and hotels on Booking.com, as well as a range of AirBnBs available.

I woke up during my first day in Toulouse with the plan of going to Albi. My couchsurfing host and I had stayed up late the night before cooking and chatting and I was feeling exceptionally tired. Leaving her apartment didn’t look so enticing, I could see the rain falling outside the window.

But determined to get myself out of the travel rut I had found myself in, I quickly did a search of Blabla car for available rides to Albi and back. Sure enough I found a ride with a university student, leaving from the university that was only a ten minute walk from my couchsurfing host’s house.

But as I was sitting in the car on the way to Albi I looked out the window in resignation. It was cloudy, it was rainy and from my short walk to the pickup point, I knew it was cold. It was a far cry from the beautiful weather I’d had in Spain and Portugal.

But the weather gods were smiling upon me. By the time I arrived in Albi, an hour away from Toulouse by car, the rain had stopped.

Where to Eat in Albi

The first order of business was eating some French food. After a month of eating Spanish food I was incredibly keen to rediscover French food. I absolutely loved it when I spent three months in Normandy in 2009!

One of the best things about blabla car is you get to meet locals. My driver gave me some recommendations on what to eat, what to see and even dropped me off at the tourism office.

I popped into a restaurant near the main square called Les Jardins de L’Archeveche and ended up having one of the best meals I ate during my whole time in French.

Given this was my first time eating French food in more than six years, I decided to go all out and ordered the complete menu.

The first course was basically the French version of a spring roll. Crunchy pastry in which was incased some sort of spiced beef. It wasn’t something I tried before, but I absolutely loved it!

The second course was even better. It was a sort of beef roulade served with fresh and pureed vegetables and some sort of sweet hoisin type sauce. I find the big issue with eating out all the time while travelling is the lack of vegetables in most dishes in Europe. Hence those pureed vegetables were what made this dish so good.

But the star of the meal was definitely dessert, which is still one of the best desserts that I have eaten. I ordered the apple cake which was served in a pool (literally a pool) of white chocolate sauce with a sprinkle of raspberry coulis. The cake was moist and delicious, and I love anything with apple in it. But what made this dish so good was the white chocolate sauce. I’m not even a fan of white chocolate but that ganache was out of this world good.

All of this, with a cheeky glass of wine, came to the grand total of €15! The other benefit of visiting small towns is it’s so much easier to find great meals at an insane value.

I emerged from the restaurant to find that the sun had come out! It’s amazing how much weather can have an impact on your mood when travelling. The good French food combined with the sun had improved my mood tenfold.

What to Do During One Day in Albi

I only got more happy when I started exploring Albi. I picked up a map and an audioguide from the tourism office and set off to wander the streets of Albi.

What makes Albi so special, and why it’s UNESCO listed is the buildings are made entirely of red brick, and in the Gothic style.

As I wandered the streets and alleyways near the river I couldn’t get the goofy smile off my face. Albi was so pretty that it hurt! Albi took my obsession with getting lost and wandering down random streets to a whole other level.

One of the jewels of Albi is its beautiful cathedral. While half of it was under scaffolding (a necessary evil when you are visiting UNESCO sites that constantly need maintenance and restoration work), it was simply stunning and towered over the whole town.

I didn’t have the time to go inside the cathedral, and after the wonder of the Sagrada Familia I figured I’d just be disappointed by the interior.

But my absolute favourite part of Albi was the Castelnau/Bourgetnau district. As I wandered this particular area I was wondering whether JK Rowling had ever visited Albi. Because I seriously felt like I was wandering Diagon Alley. This is one of the most photographed areas of Albi and it’s not surprising.

It’s scary to think that back in the 1960s this part of the city was almost torn down to make way for new buildings. Thankfully, a local heritage society was able to step in and get the area protected before it officially gained the UNESCO protection.

Nearby is the Saint Salvi Collegiate church and cloister. It kind of just reminded me of every other monastery I had visited at this point. But I might just been missing the red brick buildings that make up most of Albi.

All that was left for my exploration of Albi was to head down to the river and visit the old medieval bridge. I’ve seen a lot of old bridges, and although I can admire how much of a feat of engineering constructing them was in their time periods, it takes a lot for one to wow me. The special thing about the Albi bridge is that it’s also constructed with the same red brick from which all the buildings in the old town were made.

But from the bridge you get a great view over the rest of Albi and the city of Madeleine which is located on the other side of the bridge. And the river itself is quite pretty. In fact I don’t think I found a part of old town Albi that wasn’t pretty!

When I arrived in Toulouse I was feeling like a very exhausted traveller. Albi was the sort of surprising destination that made me remember why I love to travel so much!