A Weekend Eating in Sydney 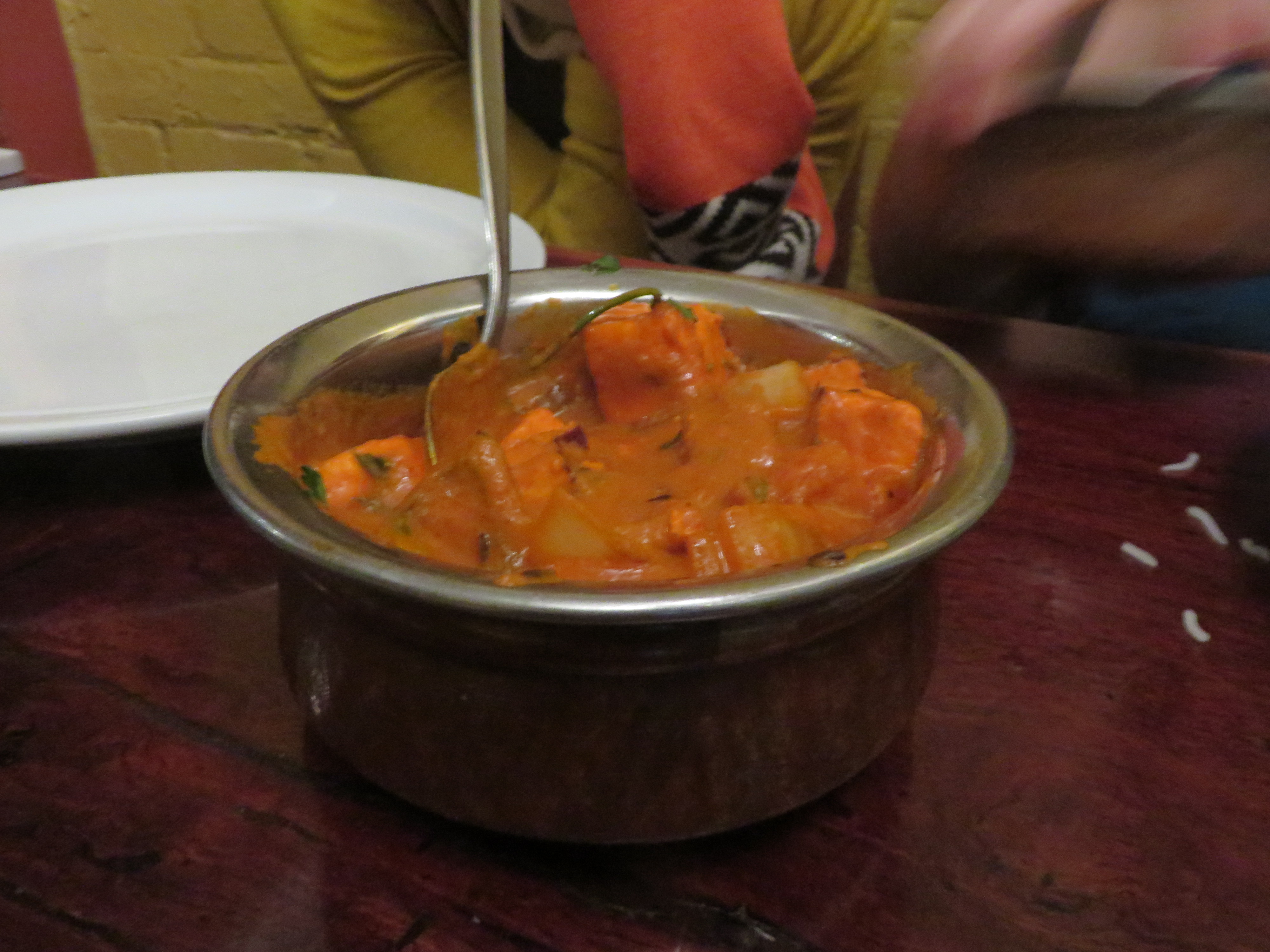 Last weekend I headed off to Sydney for the Australasian Women’s Debating Champions which was being held at the University of Sydney. I haven’t really talked about debating much but it is one of the very few things I make time for to enjoy. While others were playing football, netball or any other sport I was too clumsy to be good at, I was debating.

The tournament took up the whole weekend. We flew into Sydney (from Avalon airport- we managed to get $88 return flights with Jetstar), went to the first debating social on the Friday night, debated all weekend and then headed straight home after the final night social. Thus I can’t really talk about what to see or do in Sydney based on this trip anyways, because I didn’t see a lot outside of our hostel and the university and its surrounding areas. But we did manage to eat at a few places in Sydney!

The first night after a pretty dismal amount of canapés at the opening night social, we were wandering the streets of Sydney attempting to find somewhere that would have room for about 20 of us and that was relatively priced. We ended up stumbling across Viet Town. Apparently they opened up a couple of weeks ago, so the décor in the restaurant is pretty beautiful. Not your classic hole in the wall Vietnamese place- Viet Town definitely had an element of class, at least as much as you can get while slurping down a $12 bowl of Pho. The service was 10/10- all of the girls working there, especially the hostess were really friendly and willing to help us by making room for 20 people and allowing us to order in blocks of 5 to make splitting the bill easier. They were so excited to have us there they even took a photo of us as a group and put it on their facebook page.

As I have mentioned before, I have a bit of obsession with Vietnamese food. I wasn’t extremely experimental about what I ordered at Viet Town. Like any other Vietnamese place I ordered my bowl of Pho Bo and some rice paper rolls. I’d say the food was average for me but half of that could be because I’ve eaten at some of Melbourne’s best Vietnamese places so I have especially high standards when it comes to my Pho. It was still tasty and I’d definitely go back- I just wouldn’t choose to eat their over a place like Hanoi Hannah for example. I’d probably give it about a 7/10- as the average food was made up by the exceptional service.

The Kathmandu Terrace
The organising committee of the tournament had organised a social at an Italian place on the Saturday night. Unfortunately there were a heap of us- and only one pizza machine. Everyone that got pizza said it was great but a group of us were just too hungry to wait and went in search of some food.

I’ve never actually given a bad review on this blog before, but Kathmandu Terrace is going to be my first. It also seemed very great in the beginning, we were lead to a virtually private room where they set a table for the 10 of us and all of the staff seemed really friendly. However friendliness only gets you so far when we had to wait a significant time for our food- which is strange in an Indian restaurant because most of the curries have been cooking on the stove all day and are almost ready to go. Maybe it seemed longer because we were so hungry but it was like waiting forever even though the restaurant was almost empty. Unfortunately free pappadums only get you so far.

All may have been forgiven if not for the complete lack of flavour in the food. I live in Clayton- home to some of the best Indian restaurants in Melbourne, where a $7.50 saag curry is exactly what you want out of an Indian dish- spicy, full of flavour and actually have decent meat in it. If I could describe the food of Kathmandu Terrace in one word it would be bland. Everything kind of tasted the same. The exception was the goat curry which I really enjoyed. Unfortunately I think we were racially profiled in the sense that I wouldn’t even label the curries mild when most of us on the table probably would have gone towards the medium scale of spice.

Although the end of our experience at this restaurant did bring a bit of a laugh! The meat eaters on our table and the vegetarians had ordered separately to make sharing easier, and I asked the waiter if I could pay for the meat dishes and the other group pay for their vegetarian. Earlier in the night he had told us we got a 20% discount as students (score!), and he flat out told me he couldn’t split the bill because he would then only be able to give me 10% discount on each, because if he gave me 20% on one bill and 20% on the other that would equal 40% and that was too much. The poor guy obviously had no real knowledge of how a percentage worked- bless his cotton socks.

Bodhi on the Park
Bodhi was the classy venue that the tournament picked for our championship dinner. Upon finding out it was purely vegan/vegetarian us meat eaters were fairly sceptical. However all scepticism disappeared upon tasting their honey soy ‘chicken’. It’s made from soya bean and comes pretty close to the real thing. Other dishes they provided such as dumplings were also pretty yummy. I was left very impressed with the food although I’m not sure I’d go out of my way to eat at a vegetarian restaurant by choice.

Uni Brothers Kebabs
I may have drunk a little bit too much at the championship dinner, and I may have been feeling slightly (or more like very) hungover the next day. When 10.30am hit with little to no improvement I knew there was only one answer- a morning kebab. Kebabs are the answer to most of my drunken nights and my hungover mornings after them. They always manage to hit the spot. When that kebab is as tasty as the ones at Uni Brothers Kebabs- conveniently located at the University of Sydney, I am one very happy woman. Throw all that flavour and beautifully cooked meat in with extra garlic sauce and tabouli, as well as a $7.50 price tag and it was almost enough for me to apply for a transfer to Sydney!

Eating in other capital cities makes me feel like a bit of a Melbourne snob. I can’t help but realise how exceptional dining in Melbourne is and the reason why I love to call this particular city home!