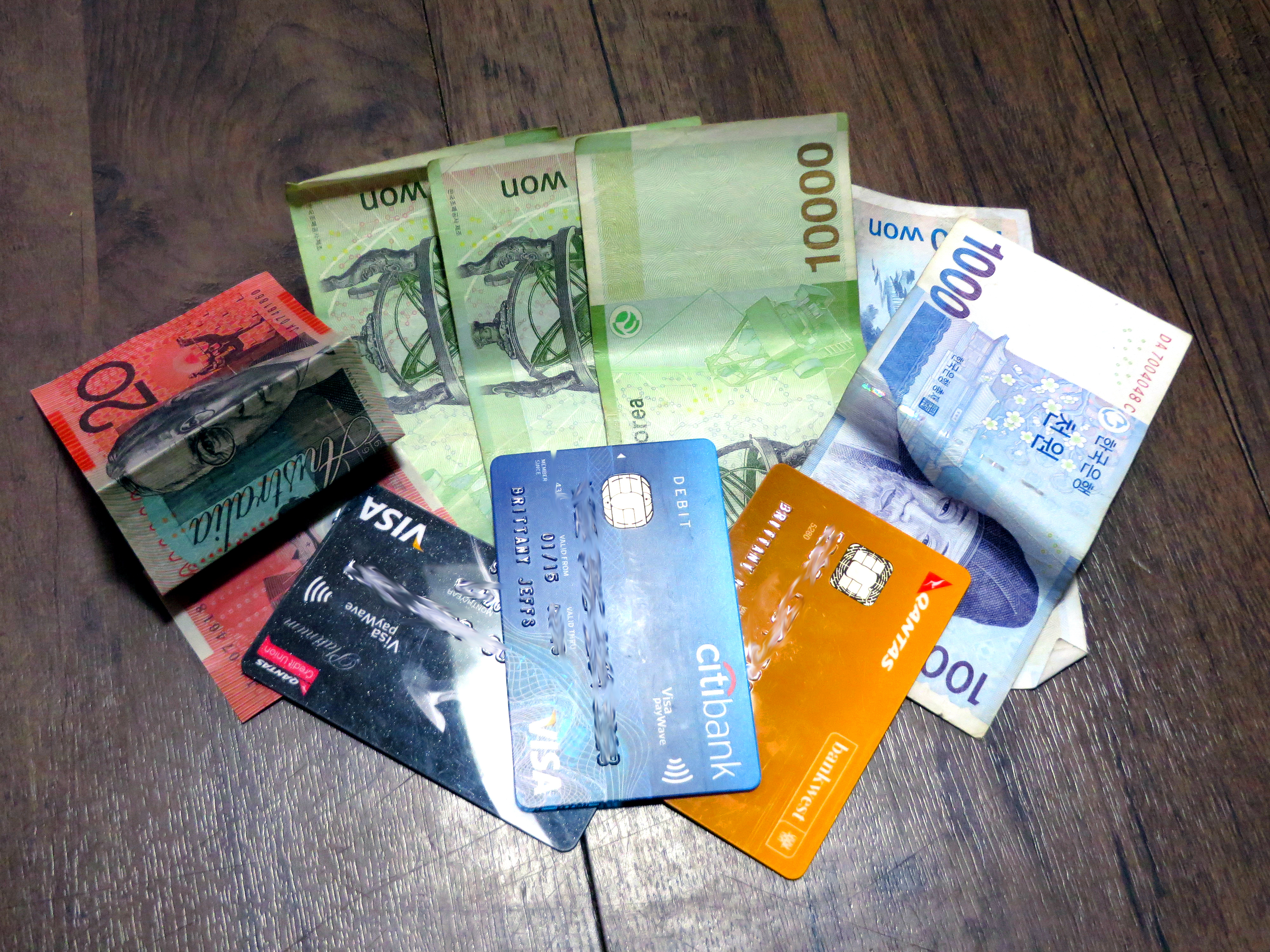 This post is by popular demand. Within the last three weeks I’ve had more than 10 people ask what is the best way to get money out while overseas.

So I thought it would just be easier to explain exactly what I do on here to save me replying to individual messages!

I’ve found that a lot of information out there only gives advice for people with an American bank account. So I’m going to try and fill the gaps and provide some tips for the best ways to access your money overseas, from an AUSTRALIAN bank account.

For some people getting money overseas might not be a big deal- you might just take your normal visa debit card or a credit card with you, or just rock up at your destination with some already exchanged currency.

But for any traveller, and particularly long term travellers not thinking about accessing money can make you fall into a trap. A trap full of exorbitant international transactions fees, bad currency exchange rates and ATM withdrawal fees. Even the best marketed cards like the ‘travel cards’ come with hidden fees so this is one situation where you definitely need to be aware!

I use two methods to access my money overseas, my Citibank transaction account and my Qantas Cash travel card.

The Citibank Plus Everyday Transaction Account is the only bank account in Australia that won’t charge you international transaction fees or international ATM withdrawal fees.

It works like any other normal bank account with a visa debit attached. You just create a bank account with them, transfer your travel money into it and then easily access it from any ATM overseas or use it over the counter when shopping on your card. It’s everything you probably already do on your normal everyday banking card!

Before a trip I just bank transfer the money I think I’ll need (I try not to put more than $800 on it at any time due to safety concerns) and I’m good to go!

The only fee you won’t avoid is the individual fee charged by international ATMS themselves. It’s like when you pull out money from an ANZ ATM on your NAB card and you get charged a fee.

That said Citibank is an international bank. They have ATMS everywhere so it’s pretty easy to find a Citibank ATM and not get charged any fees at all. I’ve only been in Seoul for a day but I’ve been able to spot a Citibank ATM in almost every subway station here. Thus I’ve gotten cash out with no fees and a good rate!

The reason Citibank is also preferable to just taking cash with you for short journeys is because you will always get a better exchange rate from Citibank and an international ATM than you’ll get from a foreign exchange counter. Thus I will literally rock up in a new country with no cash and head straight to an ATM upon arrival to access my money.

In most cases travel cards are awful. There is currently no travel card on the Australian market (that I know of) that won’t charge you at least a $2 ATM withdrawal fee every time you get cash out. That’s on top of what the owner of the ATM will also charge you!

Given you don’t want to be walking around with huge piles of cash that can often add up to almost $10-$20 a week!

Moreover they only come in a handful of currencies so if say you are going to a destination like South Korea you won’t be able to load that currency on it.

If there is one piece of advice I can give you- NEVER EVER use travel card in a different currency. If you tried to take a travel card to Korea with Australian dollars loaded on it the card charges you 3% (!!) of the transaction to convert that currency. That is usually worse than your normal bank card.

Finally the exchange rates on the travel cards are usually terrible so you’ll be losing money on the currency conversion as well.

However my one exception to my travel card hate is my Qantas Cash card and this is for one simple reason- I earn points on it. It’s worth the slightly lower currency rate to be earning frequent flyer points while I’m travelling.

That said I’ll only use it for currencies that Qantas makes available to load on the card. So my Qantas Card isn’t with me here in South Korea because I couldn’t load Won. However while in European countries with the Euro I’ll be paying for most of my credit card transactions on my Qantas Cash card and then using the Citibank for cash withdrawals.

Firstly, whilst my Qantas Cash and Citibank cards are the two I rely upon 99% of the time, while overseas I always make sure I have at least 3 other cards with me while travelling- two of which I keep in my luggage.

ATM machines suck cards unexpectedly, there is a possibility you could lose your wallet, get mugged etc. As always I prepare for the worst- there is nothing more scary than the possibility of being stuck in a foreign country with no access to your money! Thus backups are important!

Secondly, if you are taking cash to exchange you will get the best rate upon arrival rather than trying to exchange cash in Australia. You’ll also get a better rate outside of the airport- so exchange the minimum to get you to your hostel on transport and then go find an exchange office for most of your other cash!

How do you access your money overseas? Do you have any great tips for avoiding those pesky fees? Share them by commenting below!