What to Do in Amsterdam: Amsterdam is an Adult’s Playground 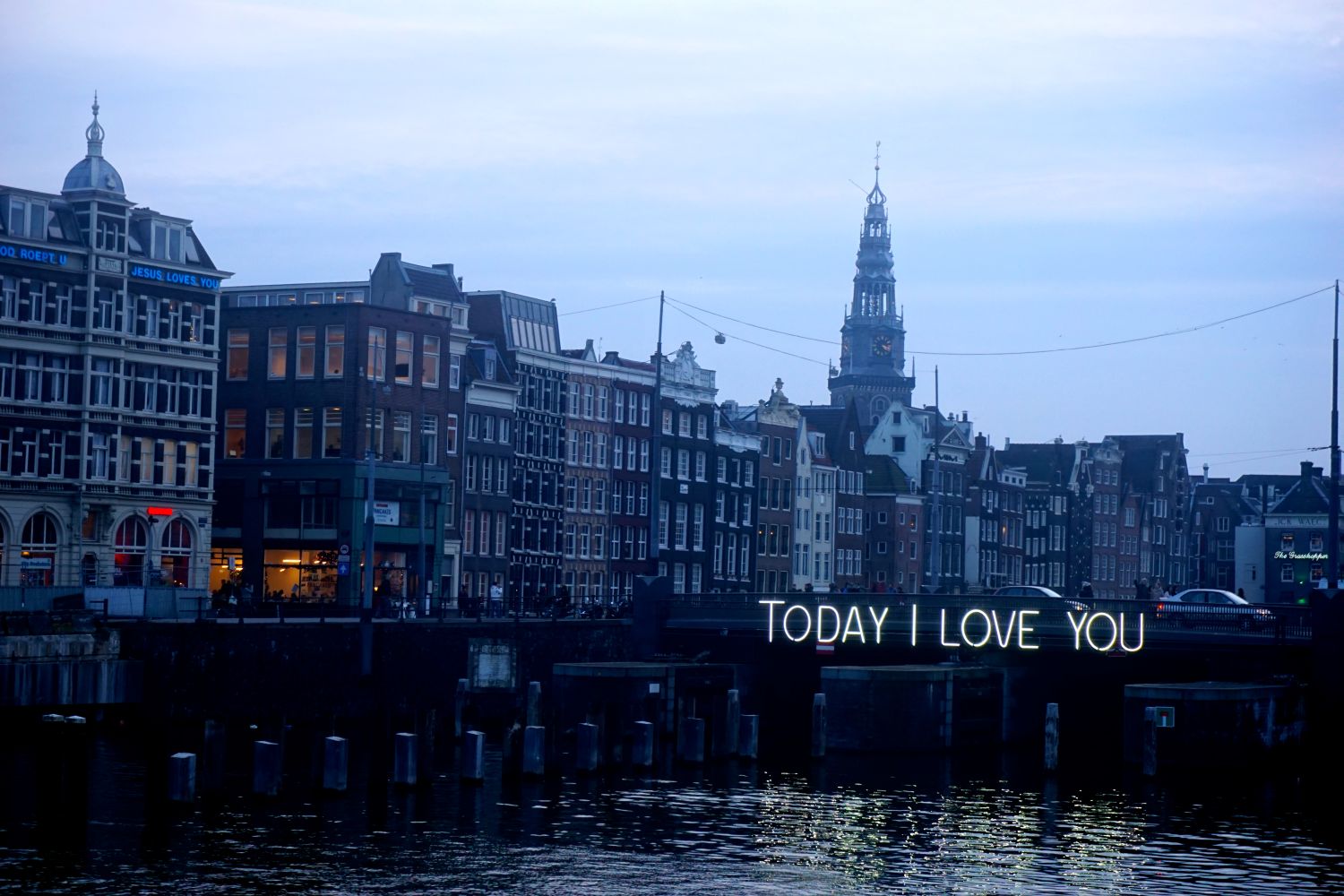 In my excitement at heading to a new country after two weeks in Germany, I managed to discover so many things to do during my short four days in Amsterdam. Hence I’ve decided to split my ‘What to Do in Amsterdam’ posts into two parts to make things easier.

Thus whilst this first post is on the very thing that many people head to Amsterdam for, the legal marijuana, I just want to put it out there straight away that there is more to Amsterdam than getting high.

In fact my favourite parts of Amsterdam are the things that will be coming in part two; the museums, the canals and the bicycle culture.

However I’m a young, liberal backpacker who is clearly on the ‘for’ side of the legalise marijuana debate, thus I wasn’t going to go to Amsterdam without participating in the “darker” side of the city.

(Mum and Nan you should probably stop reading now!)

I’m in no way saying that you have to go to the “coffee houses” (for the rest of this post coffee houses refer to the same given to establishments where you can buy and smoke marijuana) to experience the “real” Amsterdam, in fact you won’t find many, if any locals in these places. But it’s something that I wanted to try, and I presume given the demographic of my readers that many of you also will as well.

At the end of my first day in Amsterdam I had come to one conclusion; Amsterdam is seriously an adult’s playground. And even now, having experienced other sides of Amsterdam I would still stand by that conclusion. It’s the “coffee houses”, the streets lined with shops full of junk food and the red light district.

Amsterdam and the Netherlands is an incredibly open and liberal society, probably one of the most liberal in the world. They don’t shy away from anything and although at first it can feel slightly uncomfortable, you begin to realise that it is actually kind of incredible.

So if you want to experience this particular side of Amsterdam then here are some of the things you can do:

A visit to the coffee houses

The Netherlands legalised marijuana in 1998 and Amsterdam’s coffee houses have attracted foreigners ever since.

Research by the City of Amsterdam finds that roughly 35% of visitors to Amsterdam will also visit a coffeehouse (although I tend to think it’s probably a little higher than that).

I’m not joking when I say the first thing I noticed when I got off my train from Cologne was the smell of weed. As cliché as that is!

The coffee houses are where you’ll find a wide variety of different weeds in an astonishing number of flavours. You usually buy it in a bag and roll it yourself, although I know some coffee houses sell joints if you are like me and couldn’t roll one to save yourself. And it’s seriously the best weed you’ll ever have!

While we did stay and smoke in some of the coffee houses, pretty much all of the hostels in Amsterdam have smoking rooms. It was far easier to take it back to the hostel and casually smoke while talking and chilling out.

If you don’t feel like smoking you can always purchase Amsterdam’s most notorious dessert- the space cake. However you need to be super careful because the high usually won’t hit you until an hour after you’ve eaten it.

So it’s very easy to overdo it. One of my friends said she ended up high for two days after eating two of them and not realising how strong they were! So maybe start with a half of one, or ask the guys at the coffee houses what they would recommend/how strong they are.

You’ll find coffee houses scattered everywhere but the biggest concentration of them is in the red light district, about a block or two from the main train station.

The Bulldog Coffee Shops are some of the most famous, and thus the most touristy. We instead just ended up picking a random small coffee shop. I didn’t find enough difference between them to worry too much about where I was going; anywhere would do (but I’m not exactly an expert).

The snack shops that are scattered around the red light district are specifically designed for those with a case of the munchies.

When I first arrived in Amsterdam and was walking through the red light district to my hostel the first thing I noticed was all of the junk food on offer. Pizza, fries, burgers, pastry shops and ice-cream bars littered the street and I was seriously left wondering where the ‘real’ food was.

It was actually these shops that made me first think of Amsterdam as an adult’s playground because you can seriously be a big kid and eat junk food for the whole time you are in Amsterdam, without even worrying about a parent telling you off for it! Being an adult is after all, not having to ask permission to eat ice cream for dinner.

To be perfectly honest, alcohol and crazy partying seems to take a back seat in Amsterdam. I originally decided to book a hostel for Amsterdam rather than couchsurfing because I was staying mid week and I wanted an opportunity to go out and party without worrying about bothering my host.

But at least at my hostel (which was a social/party hostel), everyone was too busy getting high to be bothered about going clubbing or getting really drunk.

Although I didn’t get time to do this particular activity some of the guys at the hostel absolutely raved about it.

You get to learn how Amsterdam’s most famous beer is made and get some free samples. It isn’t exactly a cheap activity but if you are a huge fan of beer it might want to be something you add to your list!

Amsterdam is famous for it’s red light district, where women advertise themselves in windows.

A trip down to the red light district to gaze at the women in their lingerie might be confronting for some people, but the idea of the windows isn’t about shock value but the safety of the women.

Whilst you wouldn’t notice, the red light district is saturated in undercover police officers. The idea of the windows is that everything is out in the open which means Amsterdam’s prostitutes are far less likely to be the victim of a violent crime than prostitutes in other parts of the world.

Whatever your personal feelings and opinions on prostitutions, I think it’s very indicative of the kind of society and culture of the Netherlands. Individual safety and regulation is favoured over a ban that forces people into dangerous situations and black markets.

Moreover, the affect of this type of overt acceptance of the industry is that prostitutes in the Netherlands are rarely shamed for their occupation, with it being seen as just another job.

If you are feeling slightly nervous about this particularly excursion there are walking tours and bike tours that will take you there also!

Just be sure not to try and take photos of the women or you might never see your camera again.

The Other Side of Amsterdam

I met people in the hostel that started smoking at breakfast and basically spent the whole time they were in Amsterdam high. I’m of the opinion that travel is subjective, and if that is what you want to do with your time in Amsterdam, than that is your choice.

But as you’ll see from my next post there are lots of amazing things to do in Amsterdam that might make it worth waiting until the afternoon to partake in the adult playground of Amsterdam!