Avignon, a trip that did not go to plan 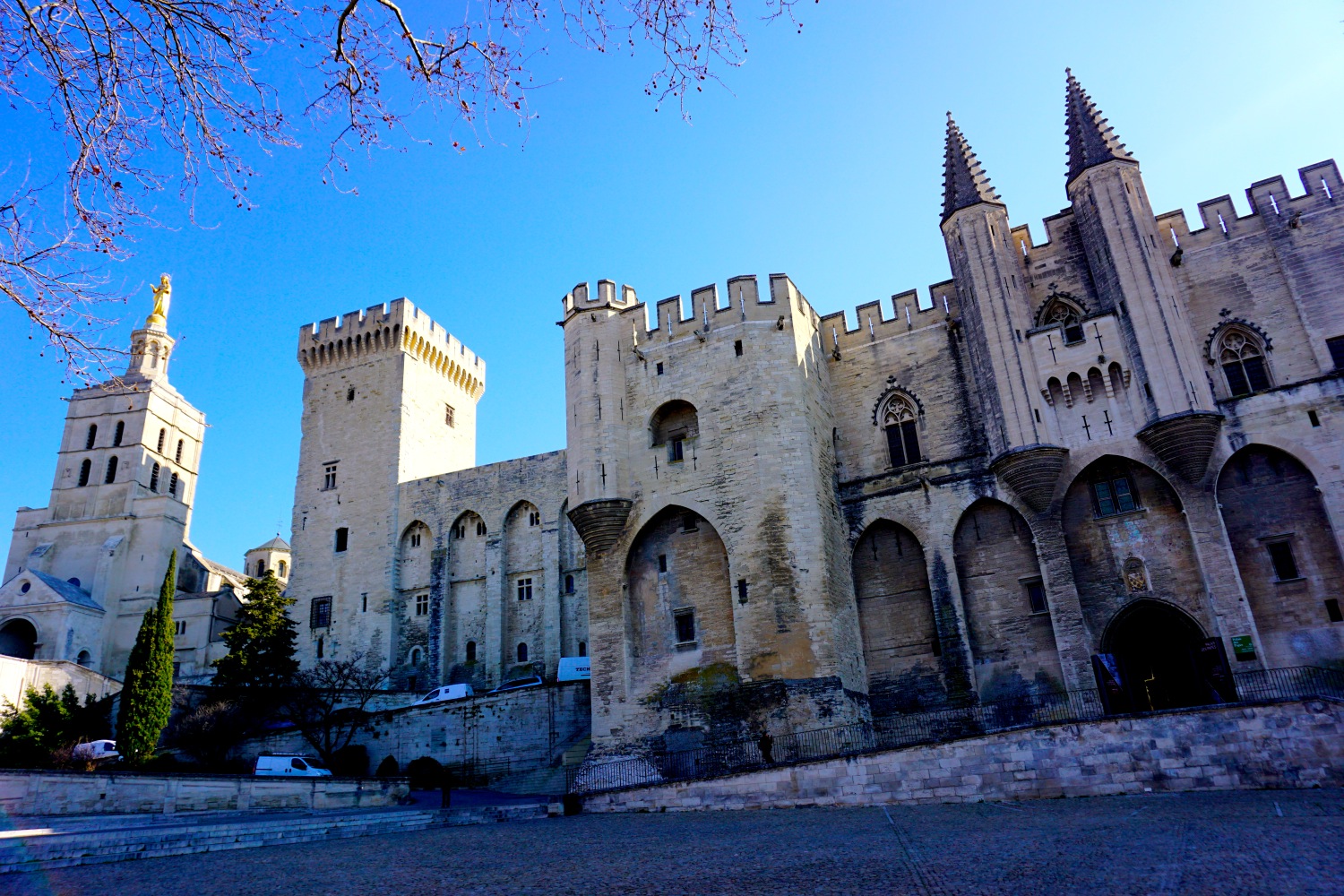 There is absolutely no denying it; Avignon is always going to hold bad memories for me.

I grabbed a lunch of sushi in Toulouse before hopping on my train to Avignon. About six hours later I was basically permanently attached to the toilet bowl. I find it incredibly ironic that I’ve been to Asia multiple times and had nothing more than a tummy bug but in a country like France I get full blown food poisoning.

In hindsight, at that point I should have just booked myself into a hotel room for the night. I had room in my budget under “emergency expenses” for such a situation. It would have been much better than spending a very painful and sleepless night on the top bunk of a freezing cold dorm room while vomiting my guts up.

By 5am, when I hadn’t kept down water for at least twelve hours I took the advice of my doctor friend (who I was frantically messaging on facebook) and headed to Avignon hospital.

By the time I was diagnosed with food poisoning and told to just ride it out by the doctors, I was beyond exhausted from my sleepless night. Hence I spent my first day of my two short days in Avignon in bed. I slept for 8 hours straight and I still was not feeling better.

Well at least I saved some money on my food budget, because it was a good while before I was able to even stomach the thought of eating anything.

But I was determined to at least visit the UNESCO listed parts of Avignon on my second day in the city. I’m ashamed to say that I spent a grand total of three hours exploring Avignon. My weak body couldn’t handle much more, especially given the fierce wind that Avignon is so well known for.

What I did see was amazing, and it has definitely inspired me to return to Avignon. Especially given that next time I want to make trips to nearby Orange and the Pont du Gard like I had originally planned.

The first must see in Avignon that I did manage to visit was Avignon bridge, which is actually called the Pont Saint-Benezet. The Pont du Avignon was made famous in a French nursery rhyme that was latter translated into English.

The worst thing about Avignon, other than the food poisioning of course, is the wind. I still don’t think I’ve ever experienced wind so strong as I did in Avignon. Hence visiting the bridge was a challenge in and of itself.

I really wanted to finish the audio guide on the bridge that I was given as part of my entrance fee, so I ended up huddling in the more sheltered parts of the bridge such as the small chapel that can be found there.

The bridge was built in medieval times, between 1177 and 1185. It was destroyed, rebuilt and then later abandoned.

Now only a few arches survive but they are a pretty formidable sight. I love the architecture in this part of France, especially as it remains so white (probably as a result of the quality restoration programs that exist throughout France). If you can survive the wind this is definitely something you need to do.

However by far the number one thing to see in Avignon is the Palais des Papes. The Papal Palace was the home of the pope and thus the seat of the Catholic Church in the 14th century.

Many people are unaware that the Vatican relocated from Rome to Avignon in 1309 when Pope Clement escaped the violent protests that occurred after his election. Thus the Avignon Papacy was born and the pope ruled from Avignon until 1362 when the papacy returned to the Vatican.

When the Papacy left Avignon they took most of the riches that adorned the palace with them. The building was also largely left to fall into disrepair. Thus the Avignon Papal Palace is not home to the extravagant and beautiful interiors you can expect to find in the Vatican.

But the huge medieval Gothic building that is the palace is an incredible place to visit.

Picking up the audio guide is essential. Otherwise all of the rooms might blur into one. It was a really fascinating way to learn about the Avignon Papacy. You’ll also catch some glimpses of what the palace used to look like. In some places you’ll find what remains of the coloured frescoes that lined the most adorned rooms of the palace.

Also make sure you head to the roof of the Palace for some beautiful views!

There is plenty more to see in Avignon than simply the hospital, the bridge and the palace. Even when I was walking the streets to get some washing done, or on route to the bridge or palace I bumped into some beautiful hidden streets and dozens of all buildings and churches.

If you have another day you might also want to head out to the Pont du Gard, another nearby UNESCO listed aqueduct that is meant to be pretty incredible.

Unfortunately food poisoning won this round. Hopefully I’ll be able to get one back during my next trip to Avignon.

A Day in Albi, My Favourite Small Town in France