Belgium’s Fairytale Towns: Bruges and Ghent in 1 Day from Brussels 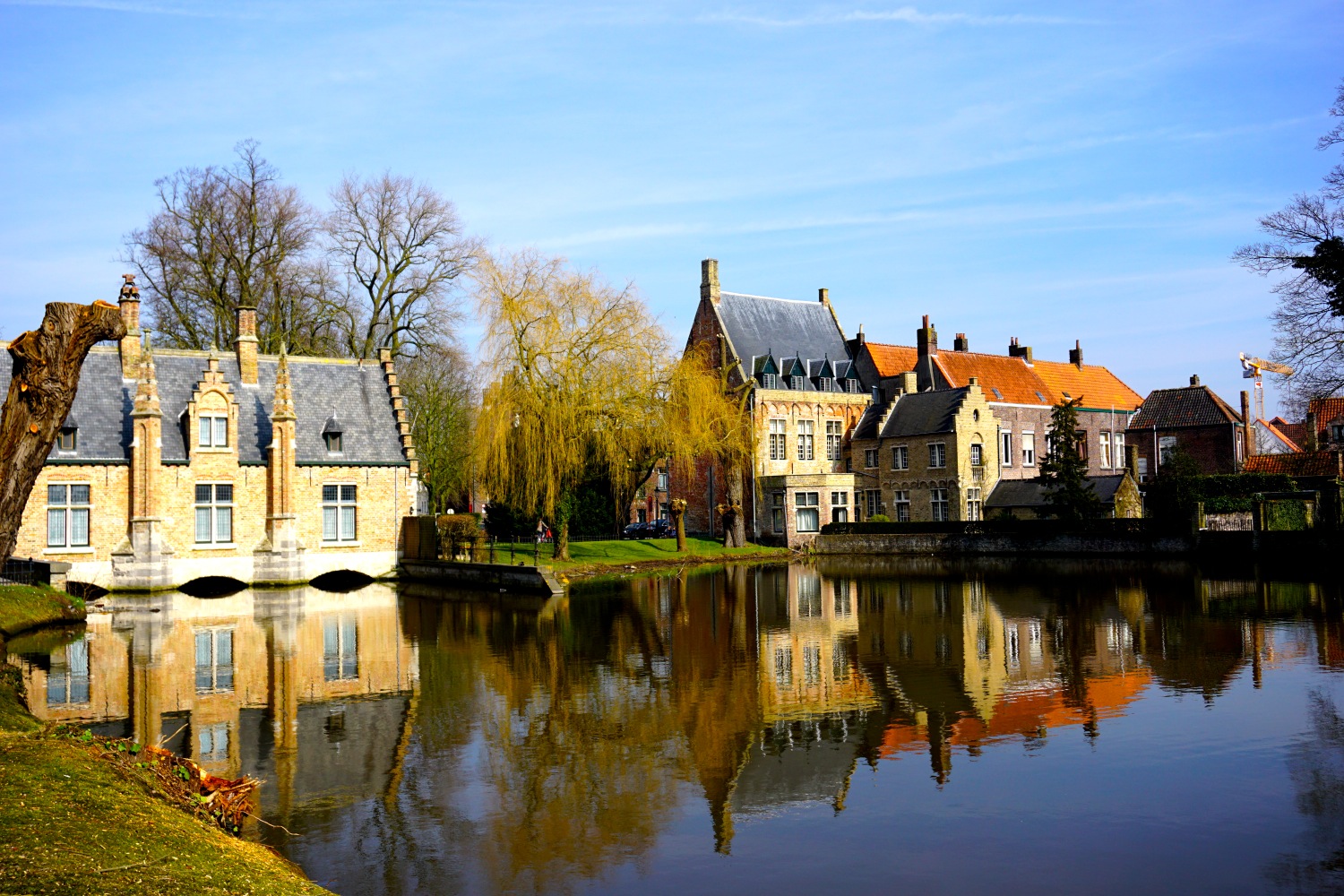 After almost four months of travelling, I had begun to realise that it is best to move around as little as possible. Moving includes checking in and checking out, packing up all of your stuff and lugging it around.

Hence when faced with exploring a small country like Belgium, it made the most sense to pick a base and do day trips from there.

I decided to base myself in Brussels and do day trips to nearby Bruges and Ghent. Originally, I had planned to spend a day in each city. But after a huge night out drinking Belgium beer left me in bed all day and I had to squeeze them into just one day.

To be perfectly honest, doing both cities in one day didn’t feel rushed at all. Maybe at this point I had gotten used to not seeing absolutely every nook and cranny of a city, but I honestly don’t feel like I missed out on much in either place.

I did have to make some sacrifices, after just missing the free walking tour of Bruges, I couldn’t wait around for the later ones and had to explore myself. And in Ghent I couldn’t go in and visit the Adoration of Mystic Lamb because I’d missed the opening hours. But for the most part I was able to get a great taste of both cities in the same day.

I decided to begin with Bruges, the furthest away from Brussels. And when I say far away, I mean only an hour on the train. Belgium is a really small country after all.

A friend had recommended me a free walking tour and I had aimed to arrive in Bruges in time to join it. Unfortunately when planning my leaving time from my hostel in Brussels I forgot to factor in the time needed to buy myself a ticket (rookie mistake right there). Hence I ended up on a train later than the one I wanted and I missed the tour by about fifteen minutes.

Luckily I was able to find some free wifi and work out for myself what I should be visiting in Bruges.

After visiting Brussels Grand Place, I didn’t think I’d ever see a square as beautiful. But the one in Bruges is equally spectacular and even more unique.

A lot of the buildings feel like they don’t belong. Unlike the Brussels square which has an element of symmetry to it, the buildings in Bruges Markt are all very different. The reason behind that is probably because different parts of the square developed at different times and therefore were built using different architectural styles. For example you have a 12th century Belfry alongside a 19th century New Gothic building.

The square itself is a nice place for people watching. It is always buzzing with people, both locals and tourists. Unfortunately parts of the square were buzzing with construction workers when I was there so a few of the buildings were under scaffolding.

Wandering Along the Canals

One of the main things that sets Bruges and Ghent apart from Brussels is the canal system that runs through both of them. For a second I thought I was back in Amsterdam as I followed the canal system around the city.

I saw a lot of parts of Bruges that I can’t put a label to. Instead I got rather lost, wandering along streets full of old brown and red brick buildings, dodging the cyclists flying around the city and stopping for the best waffle of my time in Belgium at Lizzie’s Wafels.

Another way to see the city is via a canal cruise but to be perfectly honest it looked just a little too romantic for me.

Church of Our Lady

I’m not a huge fan of sculptures. It’s just not an art form that I particularly appreciate. I spent two months in Florence without seeing David or going to L’Accademia to see all of the amazing sculptures there.

But I did go see the Madonna and Child at Church of Our Lady in Bruges, which is the only of Michelangelo’s works to leave Italy during his lifetime. Sorry if you enjoyed it but I was really underwhelmed, but maybe that’s just because of my ambivalent attitude towards sculptures.

From the church it was a nice walk down some of Bruge’s prettiest canals back to the train station to catch a train to Ghent.

There is only half an hour between Bruges and Ghent, which might have actually been too short. At that point in time I probably would have enjoyed more opportunity to nap.

But despite feeling a bit tired from the night out in Brussels drinking Belgian beer (a theme for my time in Belgium), Ghent rejuvenated me.

Ghent was by far my favourite place in Belgium. Whilst everyone raves about Bruges, I loved the laid back vibe to Ghent. It seemed like the kind of city I could have amused myself in for days, only people watching, stopping at cute cafes and drinking in unique bars. But alas I only had the afternoon to explore.

The train station is a little far away from the centre of Ghent so it seemed easiest to just jump on a tram rather than getting lost on foot.

St Bavo’s Cathedral houses Ghent’s most famous site; the Adoration of the Lamb by Hubert van Eyck and Jan van Eyck. Whilst religious art isn’t something I usually like, I love Flemish art so I would have loved to see it. Definitely a reason to return to Ghent (even if the vibe wasn’t enough to have me racing back to the city!).

The Belfry of Ghent

Not far from St Bavo’s Cathedral was my favourite Ghent monument, the Belfry of Ghent. Belgium’s Belfries are so famous, beautiful and historical that they have been inscribed on the UNESCO World Heritage List. I managed to visit a few of them during my time in Belgium but the Ghent one was definitely the greatest of the lot.

From the Belfry it is easy to begin a wander of Ghent. I wandered down Korenmarkt, the real centre of Ghent. This main street follows one of Ghent’s most beautiful canals and is lined with old colourful buildings that have now been converted into shops and restaurants. You’ll find locals sitting on the steps of the canal playing music, chatting and drinking. It’s one of my favourite parts of the city.

Dominating the Korenmarkt is Saint Nicholas Church. I didn’t find this one as spectacular as the cathedral but the architecture was still unique, especially in contrast to all of the other churches I had seen during my previous months of travel in Europe.

Along one of the canals I stopped for some delicious cake banana pie and homemade lemonade. Given the unseasonably sunny and warm day, I choose to eat it on the tables out the front which proved a great place to people watch while at the same time relax with a perfect view of the canal.

The sugar hit gave me just enough energy to continue wandering before heading back to catch the train back to Brussels.

Doing Bruges and Ghent in one day was ambitious. It was a big day and I returned to the hostel in Brussels feeling very exhausted. That night was the first night of my whole time in Brussels that I decided not to head out with everyone else to the pub.

Whilst I would have liked to have a separate day for each city, especially Ghent, doing both Bruges and Ghent in one day is definitely possible where you have limited time.

Where to Stay in Brussels?

If you are a budget traveller or are just looking to make some friends, I always recommend staying at hostels. I stayed at 2G04 Hostel and made some great friends!