Beyond Vienna: Upper Austria, Salzburg, St Wolfgang and the Krampus! 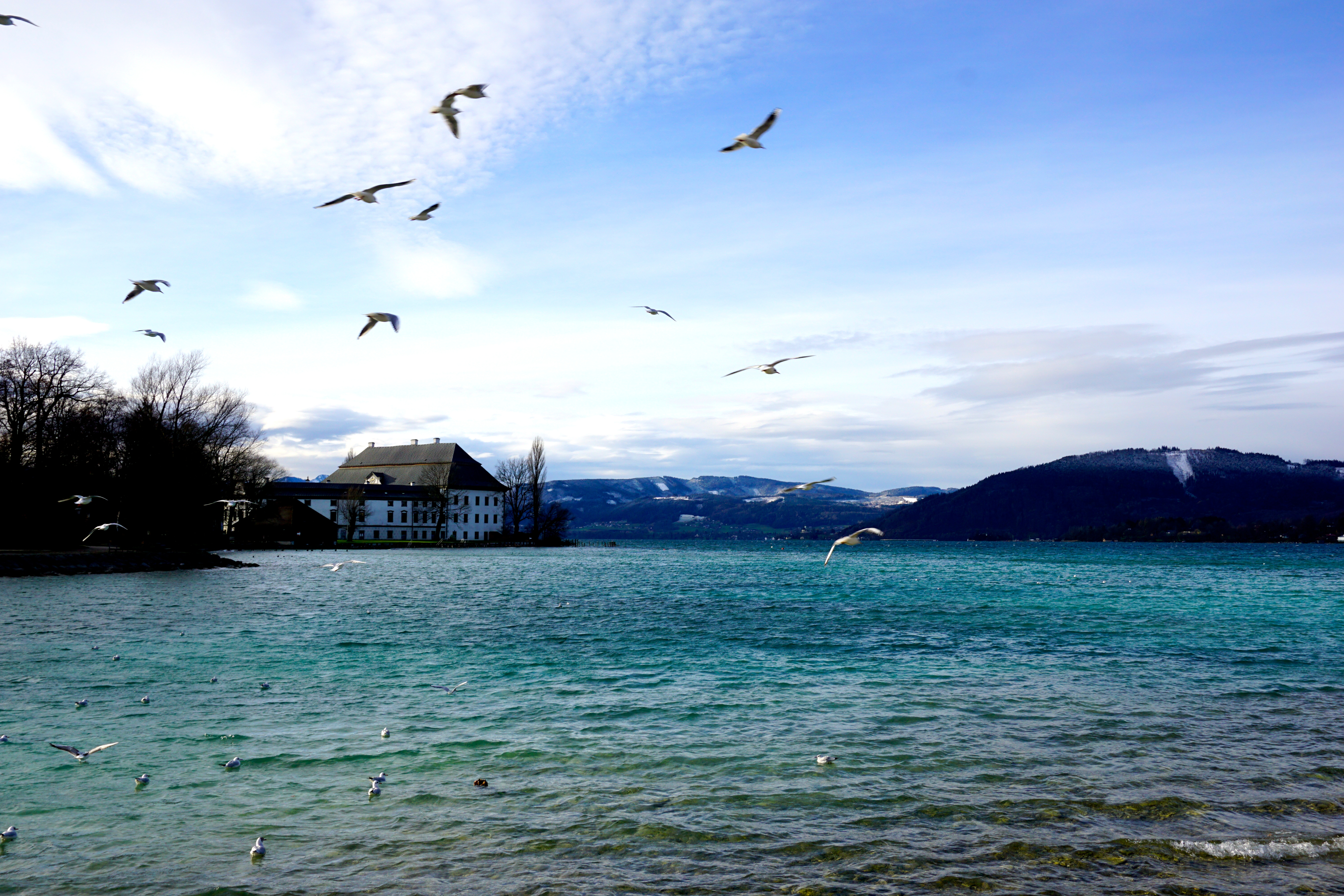 Big city life can get tedious, especially when travelling to a region like Europe. I always try and mix my itinerary with time spent in bigger cities and some time spent in smaller towns.

The advantage of visiting the countryside is that you get to experience a different side to a country. In some places there is a completely different culture in the city to the countryside.

I also like the fact that smaller towns are often less crowded with tourists, are more unique than the same old cities everyone is going to, and often force you out of your comfort zone.

Thus I was very excited to spend three days exploring Austria beyond the big city of Vienna .

The friends that I stayed with in Vienna are more than just old couch surfers. The week I spent with them in 2013 was enough for them to be firmly cemented in my family.

Spending Christmas in my crazy large family will have that effect on anyone. My grandmother even went to visit them in Vienna last year, and they get sent the annual Jeffs’ family Christmas calendar.

Therefore it was only fair that I got to spend time with my friend Steffi’s parents in Upper Austria, in order to form a similar bond. It definitely confirmed that I have a second family right here in Austria!

Steffi’s parents live in a region of Austria called Upper Austria, right on the beautiful Lake Atersee. In the summer, I am told that it’s an amazing spot to swim, hang out, drink at the bars along the lake and basically have a beautiful summer vacation. Of course summer in Austria is now firmly set in my plans!

Unfortunately in winter it is a little less exciting. But the highlight of Upper Austria for me was being able to spend time with Steffi’s parents who are some of the sweetest, nicest and cutest people I have ever met. We spent the three days being fed amazing Austrian food by Steffi’s mother.

I’ve been too scared to eat Goulash anywhere else since tasting the amazing beef Goulash that I was fed in Upper Austria.

We were also treated to some hearty winter soups such as the one made with ham broth and Austrian knockles (Steffi’s mum has her own special recipe) and the one with cheese filled dumplings.

I also temporarily turned into an boozie, regularly drinking champagne for breakfast, or beer for breakfast on one morning!

It was a wonderful time and the day we spent here doing nothing was actually just what I needed after a full schedule exploring Vienna.

Salzburg has been firmly on my bucket list since I worked out that it was the set for the Sound of Music. Although Austrians actually know nothing about this film, it was one of my favourites when I was younger. Julie Andrews is seriously spectacular!

Salzburg is a really beautiful city, although by the end of the day we spent here, I was wondering why I had three days allocated in this city in my original travel plans.

One day is definitely enough to explore the main old city of Salzburg. Maybe two days if you want to go up the mountains, although that wasn’t possible for us at the end of November because of the weather.

The home of Mozart, Salzburg is a very musical town. You’ll find very good buskers playing music on the streets of the town in rain, hail and shine.

However at the same time Salzburg can be a very touristy town. It’s notoriously expensive and by 11am the place was packed full of tourists that arrived on bus tours from nearby Munich and even from Vienna.

Be sure to head across the river. The view of Salzburg and its old buildings is absolutely beautiful when taken from the bridge. Over the bridge you’ll also find the best coffee house I visited in all of Austria.

Here we had amazing Austrian cakes such as Sachertorte, Linzertorte and Curd Strudel. Even my Austrian friends said they were the best they have ever had!

But the highlight of Salzburg is climbing up the fortress. The fortress was my favourite part of Salzburg. I expected to find a ruin at the top of the hill. Instead we found a beautifully preserved fortress that is actually home to a little town/village itself. The Christmas market up here was beautiful.

The whole place was buzzing and I could imagine exactly how it would have looked in the past, the marketplace full of people selling things, the people with their horse drawn carts and the whole economy that went on in this small space.

Make sure to go visit the Marionette museum while up here, it provides a really interesting overview of key historical events in the region through the use of displays of old Marionette plays.

Of course from the fortress you will also get an unrivalled view of the whole of the old town of Salzburg. It was so beautiful!

If you are feeling lazy you can also ride the furnicular up to the fortress but I found walking up to be bearable, even with how incredibly unfit I am. It at least made me feel less guilty about all the cake I had eaten the hour before!

Top Tip: Head just out of the Old Town for cheap alcohol and good cheap food at the Witch’s Hut!

After Salzburg we headed to the famous town of St Wolfgang.

Setting foot in this town is almost like travelling back in time. It has that super pretty and super quaint atmosphere I always expected a small Austrian town to have. It’s very cozy!

St Wolfgang is 100x better in November and December as it is home to one of the most famous and beautiful Christmas markets in Austria. I hate to be a cliché, but it was definitely my favourite.

What is so special about St Wolfgang is that it feels like you are in a Christmas village more so than just a Christmas market. There are beautiful Christmas market stalls, but even the normal local businesses are also decked out for Christmas.

But the thing that St Wolfgang is so famous for is the huge Christmas/Advent candle that has pride of place in the middle of the nearby lake. From most places in town you can stare down at the beautiful sight of the lit candle. The best part is the way it reflects off the lake!

The one problem with St Wolfgang is that it kind of ruined every other Christmas market for me!

But there was one reason why we headed here- for the Krampus run.

Steffi was determined that I experience the local Christmas tradition of the Krampuses and a search of the local region found one happening in Pinsdorf.

Krampus is the bad spirit of Christmas. On a basic level the Krampus is meant to be Santa’s helper that scares children into behaving, lest the Krampus come to visit. A lot more efficient than simply the threat of a sack of coal!

But my friends explained to me that the actual tradition comes from the idea that the Krampus will scare the bad spirits away and thus cleanse you of bad thoughts and omens for the holiday season.

All I know was that they were bloody creepy. One of them came up to me and threw my beanie into the dirt. The other one used his whip to hit me on the leg and it actually hurt!

I told my friend Steffi afterwards that she must really love me. Because she was absolutely terrified of them but still went out of her way to take me to see one.

It was definitely a very unique cultural experience and one I would do again. If only to laugh at how terrified some people were of them.

My three days spent in Upper Austria reminded me of how much I love escaping big cities, getting off the beaten track, meeting locals and exploring smaller and lesser known destinations.

It also reminded me how many doors, to new and local experiences, couchsurfing can open for me. Without couchsurfing I would never have a second family in Austria!