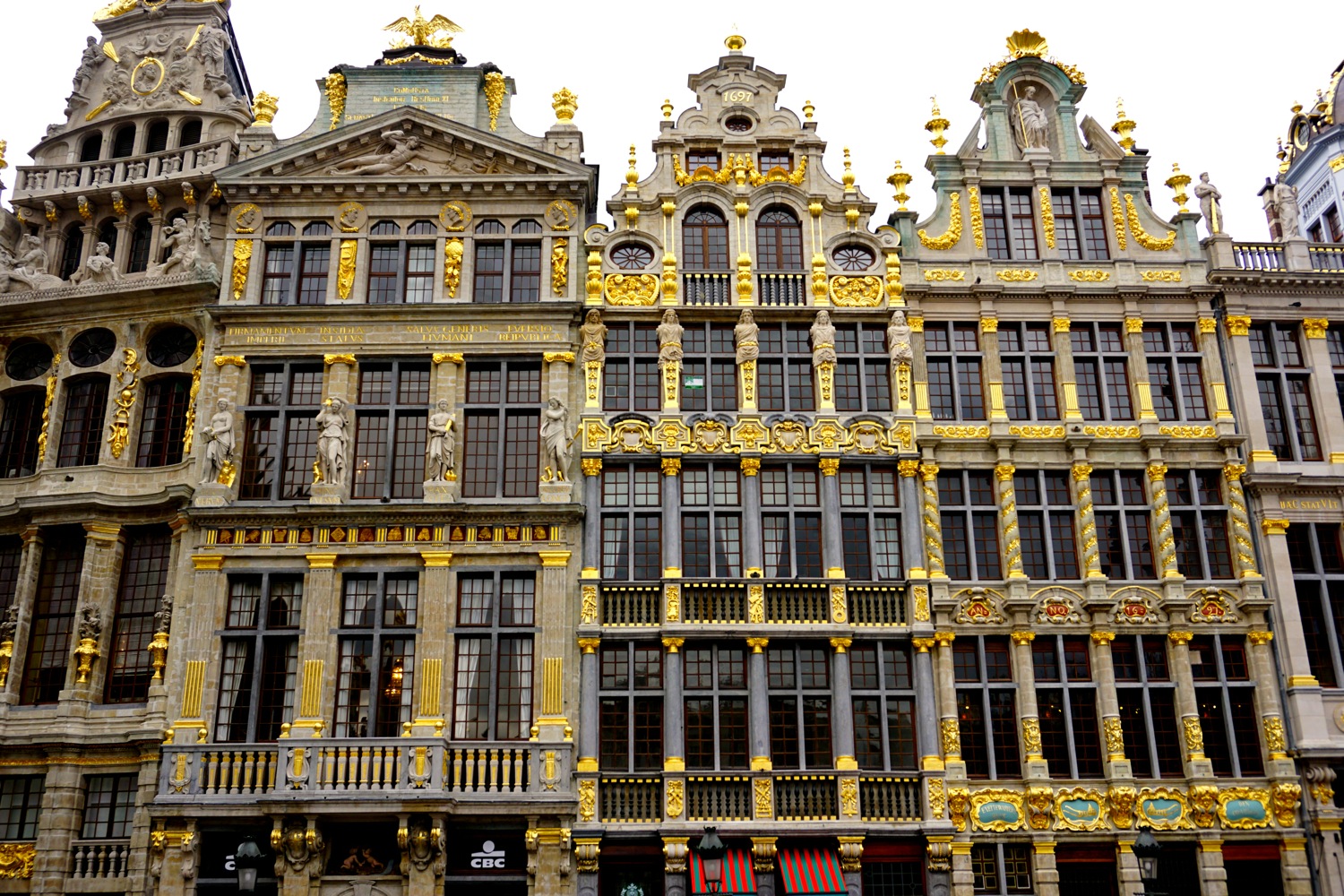 Brussels was my base for four days exploring Belgium. And whilst my primary goal for exploring Belgium and Brussels was to stuff my face with great Belgian food like waffles, chocolate, beer and frites, I was pleasantly surprised with how much I loved the city of Brussels.

You can cover everything Brussels has to offer in a day, with perhaps another day for a food related walking tour. But I’d recommend at least three days in the city of Brussels itself.

Brussels was a great place with a great vibe and I just enjoyed going to the bars, wandering around the city at night and hanging out. It had the perfect atmosphere, especially for someone like me that prefers bars, pubs and cafes over raging nightclubs.

A Walking Tour of Brussels

Brussels isn’t the biggest tourist destination and a lot of the key things to experience in Brussels aren’t immediately obvious. Hence it seemed easier to hop onto a free walking tour so I could be sure not to miss out on anything.

I usually only tip €5, but my tour guide was so great that I gave him €10, something I’ve only done for a handful of exceptional guides despite the many free walking tours I’ve joined.

Brussels’ most famous and definitely most beautiful site is the Grand-Place. It is still the prettiest square I’ve ever seen, and I’ve seen a lot of squares during my six months in Europe.

The square is the only part of Brussels that is designated as a UNESCO World Heritage Site and it dates back to the 10th century. Most of the buildings, including the town hall and the guild buildings were built somewhere around the 14th century.

Regardless of their history they are awfully pretty, and I love the contrast of the different parts of the square. And all of that gold leaf makes it seem like you are in a church rather than simply in a square.

My two pieces of advice for visiting the square is don’t shop or eat at any of the restaurants on the square (they are ridiculously overpriced) and make sure you visit during the day and during the night. The square is stunning when lit up at night!

Mannekis Pis is absolutely the most overrated and disappointing tourist attraction in the world. The only thing that rivals it is the Little Mermaid in Copenhagen. It’s a tiny statute of a little boy urinating into a fountain but it has somehow become an icon of Brussels and even Belgium.

It’s something you probably want to tick off your list but don’t expect much else from it!

The opera house of Brussels looks like most of the elaborate opera houses scattered across Europe. I still haven’t found one that tops the Opera Houses in Vienna and Budapest, but that doesn’t mean the Brussels one isn’t imposing. But what I loved specifically about visiting this building is the immediate area around it.

It’s a mixture of the French side of Brussels and the Flemish side of Brussels, which can be seen by the differences in architecture between one side of the street and the other. It’s an interest, real life example of the combination of the two identities of Belgium that form the identity of Brussels.

A nearby business tried to ride on the coat-tails of the fame of Mannekin Pis by creating a female version near his shop so people would come visit.

This one was even more hilarious than the Mannekin Pis and probably the most ridiculous ‘tourist monument’ I’ve ever seen!

Jeanneke Pis is located in one of my favourite areas of Brussels. It’s full of bars, restaurants and cafes and it’s the best place to be late night in Brussels. Delirium is by far the star of the area, and was the place I could be found most nights.

Delirium is super touristy, you might find some locals in the bar, but the majority of it will be full of tourists. But surprisingly, that didn’t bother me especially when the company from my hostel was so great.

What makes Delirium so popular is its spot in the Guiness World Records for the amount of different types of beer sold in one place. Their variety of beers is so huge that the beer list is an extremely thick catalogue, and its not like the paper in the ‘book of beers’ is thin either.

I was so overwhelmed by the choice that I usually just asked one of the really helpful guys behind the bar to pick one for me that was on tap (as I always prefer draught beer).

Just be warned that Belgian beer is usually stronger than what you’ll be used to- it doesn’t take many drinks to be practically rolling home to your hostel!

This shopping arcade made me feel like I was back in Melbourne walking down the Block Arcade.

This glassed arcade is home to lots of great shops in a really pretty setting. But the most famous part of the Arcade is the Neuhaus Chocolates store, the birthplace of the Belgian chocolate truffle.

Neuhaus was originally a pharmacy that invented the chocolate truffle to make people’s medication taste better. The success of their chocolate ‘medicine’ truffles became so great that they eventually just decided to only sell the truffles. It is a story I wouldn’t have known had I not taken the free walking tour!

This cathedral is classic French architecture, and clearly fits into the French side of Brussels. No one would blame you for thinking you were in front of Paris ’ Notre Dame rather than the Brussels’ Cathedral.

We didn’t have time to go inside the Cathedral on the walking tour, but it was nice enough to see it from the outside. From my travels, I’ve realised that I much prefer the outside architecture of churches rather than the insides.

When we visited, the Royal Palace was all decked out for a visit from the German Prime Minister. The palace was a little grey for my liking but I’m sure it would look much nicer in the sunlight. Although sunlight can’t be guaranteed at any time of the year in Brussels.

I adore art nouveau and Brussels is home to the most beautiful art nouveau buildings I have ever seen. I would have loved the time to go inside and visit these buildings but I was already in love just from the outside. They were just so cute!

My favourite of the lot was the Musical Instrument Museum of Brussels, which seems like an interesting place to visit if I had time.

You can even take a specific walking tour to explore the Art Nouveau side of Brussels that runs every Saturday.

Brussels is the birthplace of the author of one of the most famous comics in the world; Tintin.

And you’ll find tributes to the cartoons all over the city. You can’t turn a corner in Brussels without finding an Tintin installation. You can even download a guide to all of the different Tintin graffiti and do a self-guided Tintin walking tour of Brussels.

It is something unique to do on a free day in Brussels, especially if you are a Tintin fan!

Food! Food! And Food! – Take a Food Tour in Brussels

One of my favourite days in Brussels was the day I spent exploring the foodie side of Brussels. You haven’t visited this city if you haven’t immersed yourself in the amazing food scene. And if you aren’t a local the best way to do this is by joining a food tour. You’ll find tours on chocolate in Brussels, beer in Brussels and even just generally food in Brussels. It’s worth signing up for at least one. I even did two which you can read about more in my previous post here.

Brussels might have a bit of a reputation of being ‘boring’ and ‘overrated’ but I absolutely loved it. My vote is definitely for Brussels being brilliant! It’s a great city for a chance of pace, for drinking beer, for eating good food and for exploring a unique mixture of architecture.