Buzzed by the Baltics: 3 Days in Riga, Latvia 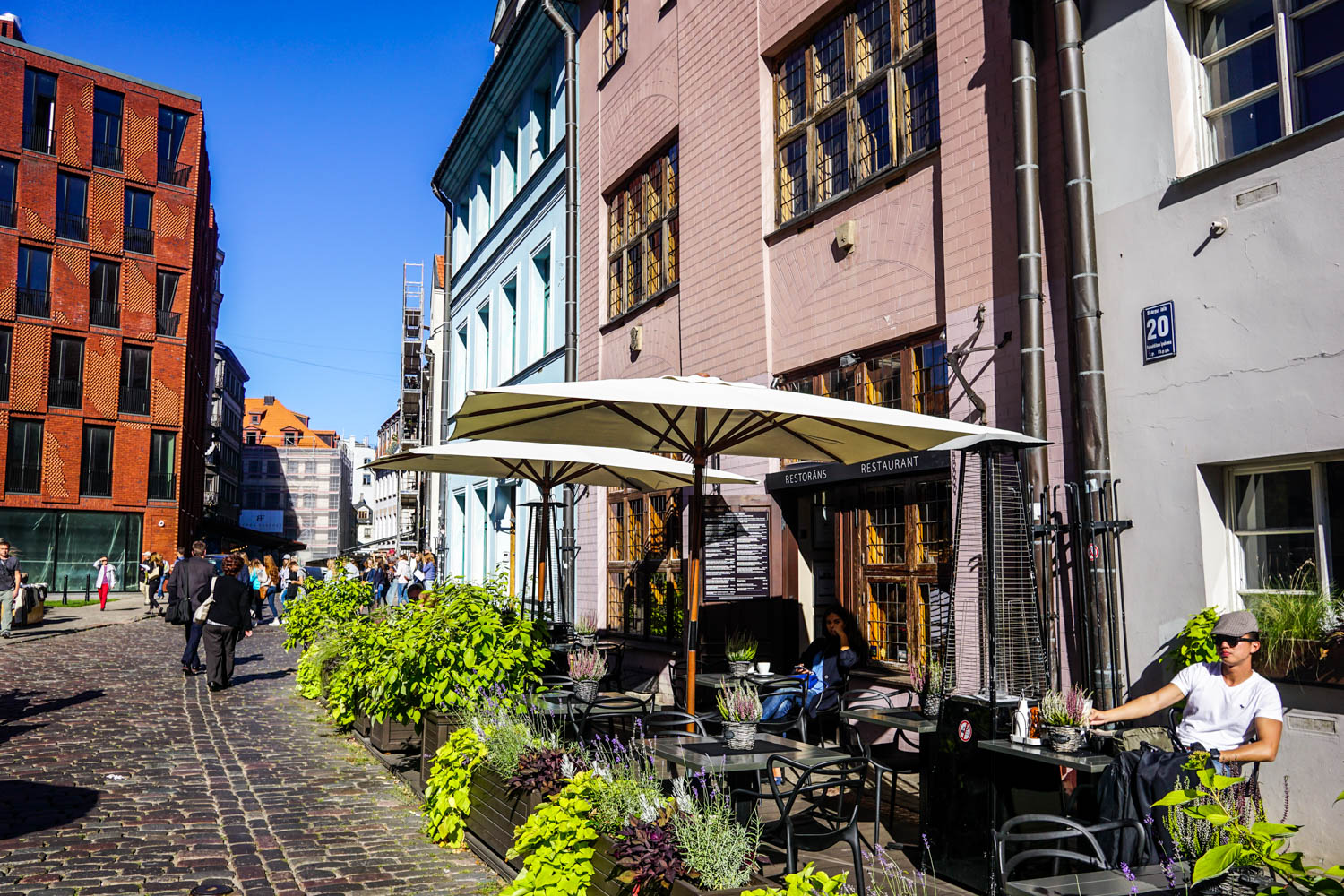 The Baltics was a region of Europe that always interested me, but not a region I thought I was going to have time to explore on this trip. I always figured I’d get to Estonia, Latvia and Lithuania in the future when I went back to Europe to visit Russia. Russia has always been high on my list but because of the pain of getting a visa while outside of Australia I cut it from my plans.

However when I cancelled my Turkey plans due to security concerns I was faced with an extra 2.5 weeks to explore a different part of Europe. I immediately decided to squeeze in a trip to the Baltics, as well as returning to Poland and Slovakia.

Most people travelling the Baltics start in Estonia or Lithuania and work their way up or down. I was a bit unconventional and started in the middle in Latvia. This was purely for one reason; I could get a super cheap flight with Ryanair from Berlin to Riga, whereas it was too expensive to fly to or from Estonia.

Everyone I knew that had visited the capital of Latvia had raved about it. For years I’ve been reading posts by some of my favourite bloggers who were surprised at just what they discovered when they arrived there.

I’d put myself in the same boat as them; I absolutely loved the three days I spent in Riga. Even if I could have been a little bit more productive (one whole day I was virtually destroyed from the worst hangover I had experienced in a long time). I loved my time in all three Baltic capitals- but Riga was definitely my favourite for more than a few reasons.

The Parks and Green Spaces

I arrived in Riga for the very last of the warm weather which meant it was actually sunny enough to experience all of their green spaces. My first night in Riga was a crazy one and I found myself nursing a serious hangover for my first full day in the city. Thus I spent most of the day sleeping in, lazing around, finding hangover food and finally lying out in one of the public parks with a book. I wouldn’t call it a wasted day because the city parks are so important in Riga. I could tell just from people watching how much they are used.

A Walking Tour of Riga

Exploring a new region of Europe meant that I had a whole new expanse of history to learn and become familiar with. As a history nerd, walking tours are always my go-to when I want to learn about a city and its past. The history of the Baltics is interesting, as for a very long time they have been essentially fought over and quashed between Germany and Russia, sometimes even Finland. Lets just say they haven’t found themselves with a lot of autonomy and independence in the last thousand years or so.

But the most interesting part of the Baltics nations are their recent history when all three of them were finally able to gain independence and free themselves from Communist rule from Russia. You haven’t really travelled the Baltics if you haven’t heard of the story of the Baltic Way- a peaceful protest where literally millions of people joined hands to cover the 675 kilometres from Tallinn to Vilinius in order to oppose Russian rule. It’s a story I found very inspriring, even after hearing it for the third time.

Of course the walking tour didn’t just offer me history but allowed me to discover lots of cute little areas of Riga that I might not have found on my own. I love the architecture, the little streets and the little spaces we were taken to during our time on the tour. It’s easy to see why the city centre has been declared a UNESCO World Heritage Site

Going to the beach in the Baltics? It’s not really what immediately comes to mind when you thinking about visiting Northern Europe. But one of the most beautiful beaches I saw during my whole time in Europe was a short train trip from Riga. Jurmala beach was an awesome place to hang out and catch a little bit of sun. Although it wasn’t quite warm enough for a swim- at least for me.

Museum of the Occupation of Latvia

This museum was a great place to gather a little more knowledge after our walking tour. I love museums that aim to tell you a story- from the very beginning to the present day. The Museum of the Occupation is definitely one of those museums. As I passed through the museum I was taken on a journey from the start of Russian occupation, to Nazi occupation and then back to Russian occupation. I also learnt about what the consequences of that occupation was for the people of Latvia and how it still influences the country they are today. If you are interested in history I wouldn’t miss this museum!

I absolutely love visiting city markets- it is something I’ve done in almost every European city I have visited. But I don’t think any of the markets rival the Riga Central Market. It is inside huge airplane hangers that the Latvians bought very cheaply from Germany following the war. And it is full of everything from fresh produce to handcrafts. This is where many locals come to buy their groceries and it is a perfect stop for a snack before boarding a bus to your next city.

It’s easy to eat cheap and delicious food in Riga and you’ll find many places serving Latvian food or other types of cuisines. But the number one place I can recommend for a quick, cheap and easy meal at anytime of the day or night is Pelmeni XL. Pelmeni are Russian dumplings that reminded me a lot of pierogis from Poland. They are usually filled with meat or vegetables or a combination of the two. Pelmeni XL is self serve- you dish your bowl full of sauces and pelmeni and then weight it. I never paid more than €4-€5! Make sure you put a huge heap of sour cream on the top- they make them extra delicious!

Stay at The Naughty Squirrel

I’ve stayed at hundreds of hostels but the Naughty Squirrel was one of my favourites in all of Europe. The staff were incredible and I met so many amazing people at this hostel. Every night they have a different happy hour so everyone tends to get together in the main common area and bond while drinking copious amounts of cheap Latvian beer. I couldn’t recommend this hostel more!

Have I missed something about Riga? Let me know in the comments below.