Buzzed By The Baltics: What To Do in Quirky Vilnius, Lithunia 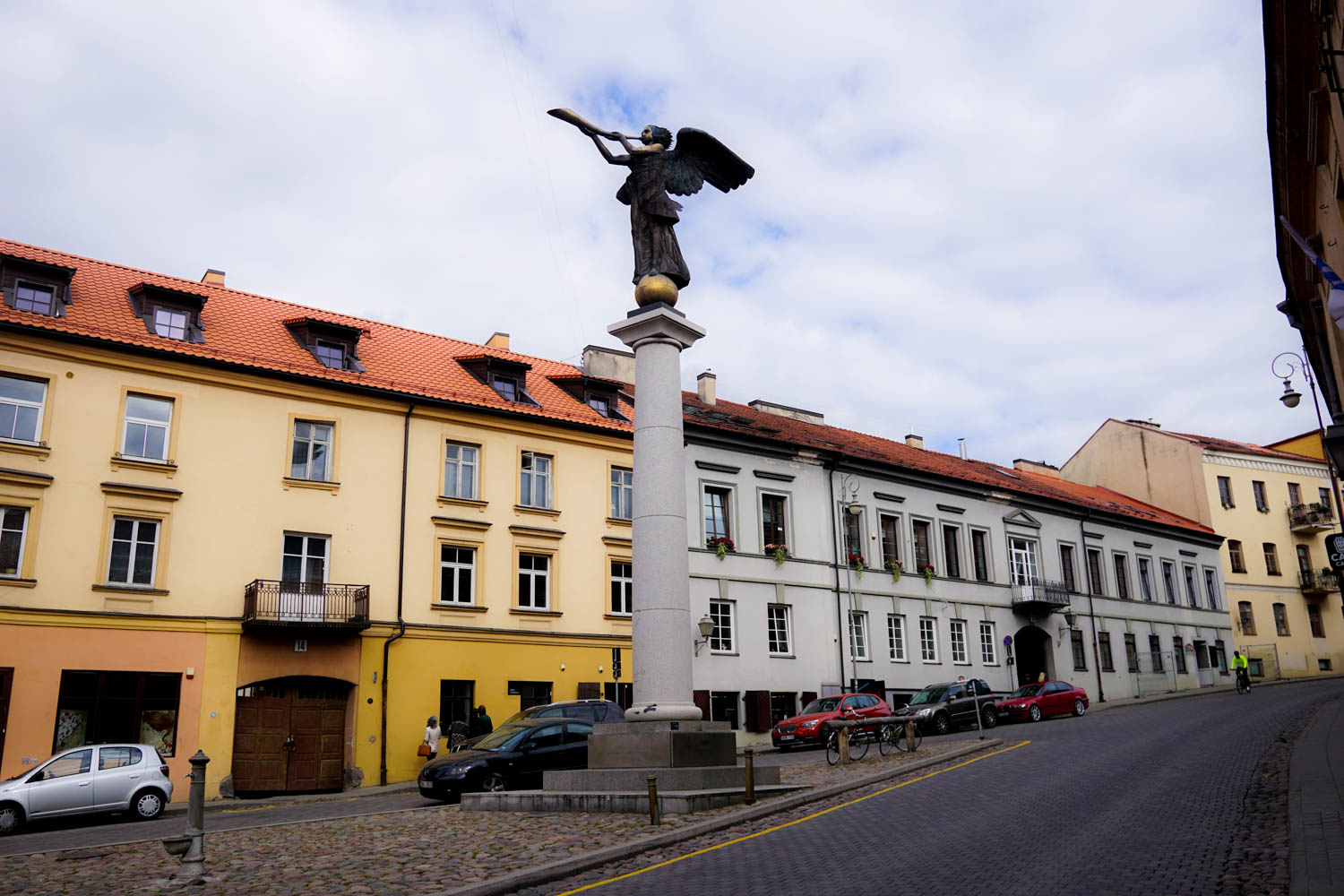 Riga was my favourite, Tallinn was the most beautiful, but Vilnius was definitely the most unique of the three Baltic capitals.

The Baltics in general are a less explored region of Europe, but Vilnius is by far the most unknown. Riga and Tallinn are on the map far more than the little tiny nation of Lithuania is. Whenever I met Lithuanians anywhere else in the world they were absolutely shocked that I had been to their country. And even more shocked that I enjoyed it so much.

But one of the reasons I loved Vilnius so much was that it was just an incredibly quirky little city. My Europe fatigue was setting in- I was so sick of exploring old towns, visiting cathedrals and roaming about castles. Thus Vilnius, which offered something completely different, was a breathe of fresh air.

This is by far the most quirky part of Vilnius. This neighbourhood of Vilnius declares itself the ‘Republic of Uzupis’. It states that it is a free state and that it doesn’t belong to the European Union. If you have ever been to Christiana in Copenhagen the concept is very much the same, but without the copious amounts of weed being sold in its Danish counterpart.

It’s a republic of artists and is home to some pretty cool art installations, most of which are clustered by the bridge and river that divides Uzupis from the rest of the city. I loved snapping photos of all the cute little sculptures, graffiti and painting.

But the highlight of any visit to Uzupis is a visit to the wall where the constitution of Uzupis can be found translated in 23 languages.

As a self confessed book nerd, Literatu Street was my favourite part of Vilnius. It’s a street where the walls are lined with tiny art installations that represent great works of world literature, great works of Lithuania literature and great works that have some connection to Lithuania or Lithuanians. It’s a nice little activity to walk along the street and see if you can pick out some of the references.

It’s also jut super cute and super creative. Whilst I visited the street on a walking tour, I returned back later that day because the small stop we made wasn’t nearly enough time for me to enjoy it.

The people of Vilnius are some of the nicest in the Baltics. It wasn’t unusual for us to meet locals out at a bar and spend the whole night out with them. Or to bump into them on the street and have them be incredibly helpful. I even heard of some people at the hostel that met some locals out one night and then ended up spending the next three days being shown around the country by them. Don’t be afraid to be open with these people- they have a lot of stories to tell!

This hostel is one of the best and well known in Vilnius. As I travelled through Riga and Tallinn absolutely everyone recommended it to me. It’s got some of the Vilnius quirkiness as well. There is only a small common room so everyone sort of gets thrown together- there isn’t a bar so you can bring your own alcohol and the only thing for breakfast is waffles that the staff cook up for you every morning. Oh and you won’t find couches here but a bunch of bean bags! They were in the process of building a bar while I was there so that will add another social area to the hostel. And if it is anywhere like the rest of the Baltics the beers will be cheap enough!

Of course, there are parts of Vilnius that are not so quirky but equally pretty. I loved some of the squares and wandering the old town while on a walking tour of the city. As always, the walking tour was a great way to learn about the history of the city, as well as be taken around to the best sites such as the beautiful cathedral or the main square.

But ultimately it was the quirky parts of Vilnius that I loved so much!