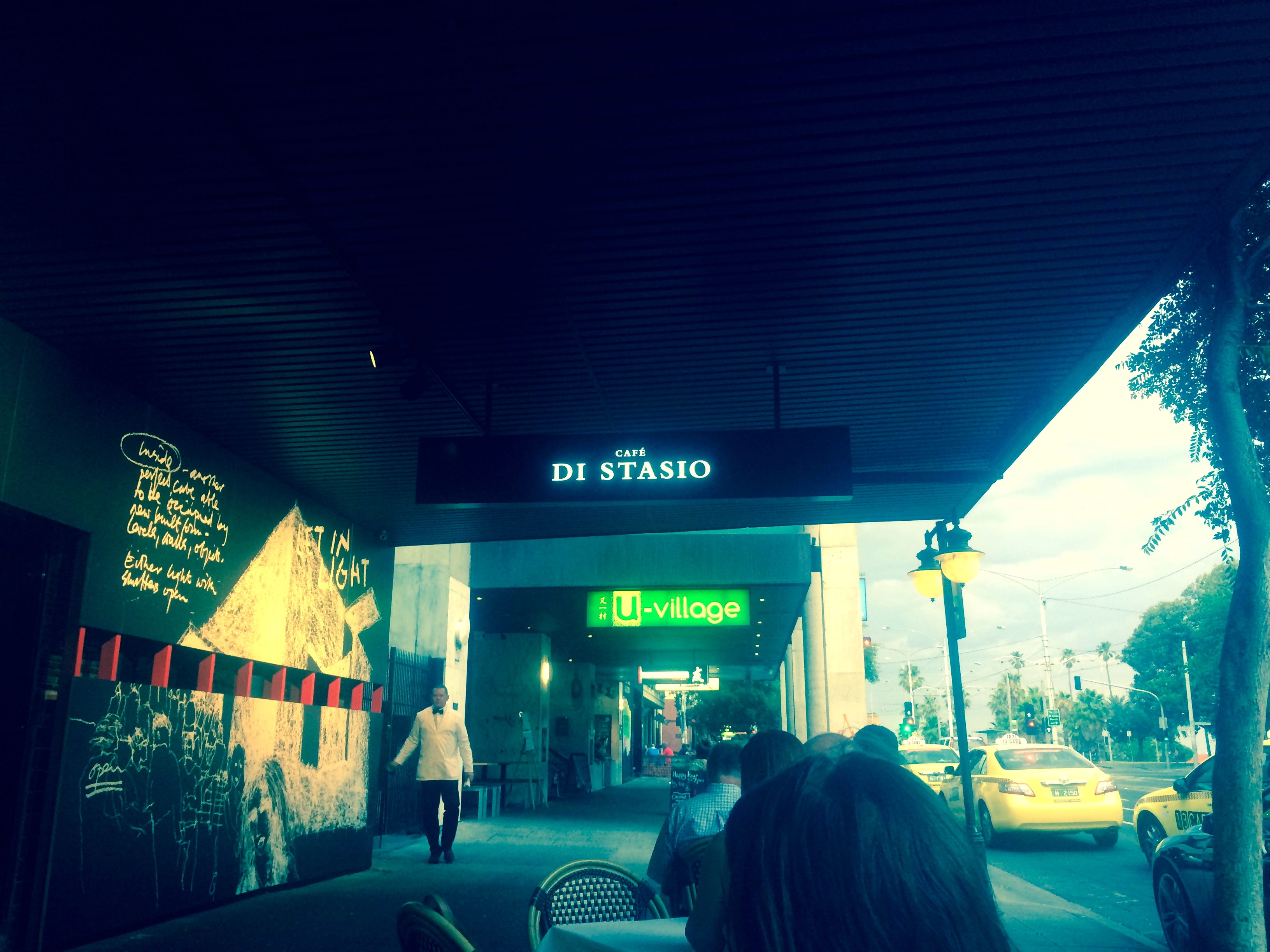 As you can probably tell from my previous reviews I’m more of a budget eater than anything else. I prefer some really good Asian food that comes at $10 a plate rather than a fancy fine dining restaurant.

This isn’t just because of my need to save for travel, but also because I’ve always had better dining experiences at smaller, family owned restaurants. Nothing made this clearer than my visit to Café Di Stasio the last month.

The Tiramisu at Café Di Stasio was on the Urbanlist for Top 50 Meals you Have to Eat in Melbourne that I have promised to eat myself through this year. I had high expectations and unfortunately I left more than disappointed. This was the worst dining experience I have had in a very long time.

The service was awful from the minute we walked in the door. We didn’t even get so much as a smile from the guy manning the bar, let alone anyone coming to see us to see if we could have a table.

Eventually we tried going into the second door and this was the first time we were actually acknowledged. Not what you would expect from what looks like a fancy dining place.

When we were acknowledged they told us without a reservation we would only be able to grab a seat at the bar or at one of the outside tables. It was a great summer night so we decided to sit outside. The only problem was that sitting outside made us second class customers at Café Di Stasio.

We waited forever just to be sent cutlery and menus. We waited even longer for anyone to come out and get our orders, and even longer yet for our meals to be cleared, and for the bill to arrive. It was incredibly frustrating. In fact we weren’t even lead to our table at the beginning, just sent in that direction.

What was even more frustrating was that their system of delegation just didn’t work. They obviously had someone just in charge of filling up water and of clearing plates. However this meant that when we asked this guy to take our order we didn’t even get a response, not even a ‘I’ll send someone out promptly’.

We ended up having to wait another 5 minutes for someone to arrive at our table who was apparently able to take our order.

Similarly one of the ‘high class’ waiters came out and clearly saw empty plates at our table but then walked back inside to supposedly alert the water boy who then took another 5 minutes to arrive. It just didn’t have the same sort of efficiency I’m used to at other places I eat at.

But as stated in previous reviews service doesn’t usually bother me, some of my favourite food places such as Ping’s Dumpling House have atrocious service. However there are two situations where bad service is unforgivable- when the place is ridiculously expensive and when the food is bad. Café Di Stasio was both.

Bland is the only way to describe our food- it just had no flavour to it whatsoever. My friend ordered the prawn linguine and I ordered the beef and pork ragout. For a fancy Italian place they obviously didn’t make their own pizza and we had to add a ton of salt just to make these dishes edible.

Then we got to the Tiramisu- the dish we were actually there for. Definitely not the best Tiramisu or worth the hype the Urbanlist had given it. In fact my mum makes a better tiramisu. They just hadn’t gotten the coffee balance right and it was far too overpowering.

For a small entrée dish and the dessert we each paid $45 each. There are times I’m willing to splurge and spend a bit more on really nice food and really good service. This wasn’t one of them. I won’t be going back and I urge everyone not to go and face the same disappointment.