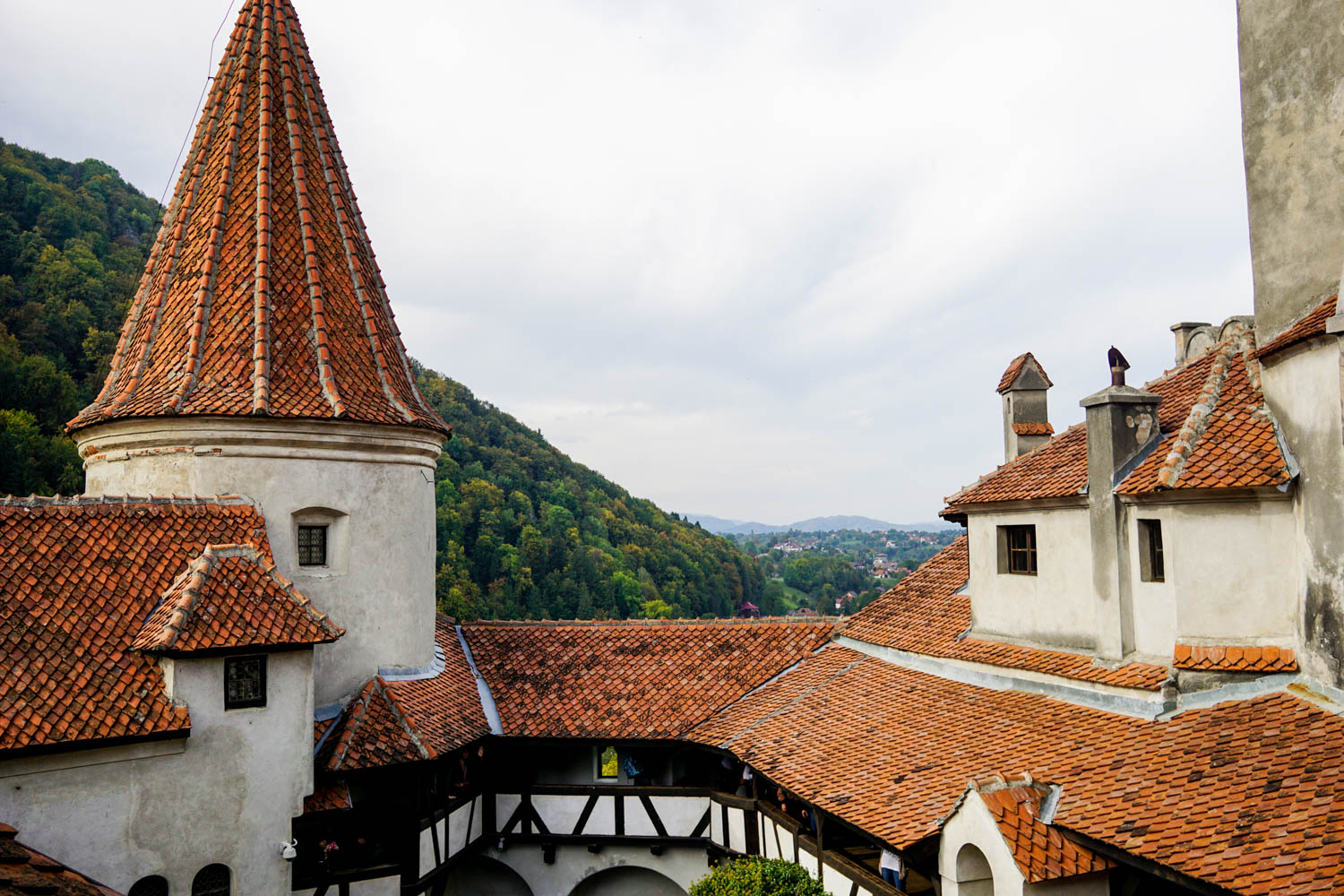 I’ve wanted to visit Romania since I first picked up Elizabeth Kostova’s book, the Historian. The novel is incredible and I couldn’t recommend it more. Of course, it centres on the life of Vlad the Impaler and his fictional equivalent- Count Dracula. It’s an amazing blend of real life history, folklore and one women’s search for the truth.

Ever since I picked up that book I wanted to visit both Romania and Bulgaria. So there was absolutely no question that I was heading to Transylvania during my travels through Eastern Europe.

I had originally planned to spend longer in the country than I did. I wanted to visit lots of the UNESCO listed sites including the painted monasteries and the wooden churches. Unfortunately, the fact that getting around Romania on public transport is hell meant that I just didn’t find myself with enough time to properly explore the city. Instead I centred on the hub of Transylvania and Dracula’s supposed home- Brasov.

Brasov is a beautiful city, and I’m not sure I’m ready to judge Romania after such a short visit and such a small snapshot of the country. But I didn’t love it as fiercely as I always expected I would. The city was beautiful but the lack of friendly people and cool vibes meant it sits almost at the bottom of my list of Eastern European favourites. Hopefully one day I can give it another chance!

Regardless, you should add Brasov to your list if you can. The three days I spent in the city were damn magical!

Day One- Exploring the Old Town

I arrived in Brasov on the overnight train from Budapest and I was determined to do something with my first day in the city. At this stage I wasn’t quite ready for another walking tour after all of the ones I had done in the Baltics so I instead set out to explore the old town on my own.

Brasov is quintessentially Eastern Europe and Romania. The architecture and buildings were everything I expected them to be. The bright coloured buildings made me feel like I’d walked right onto a photo shop for a postcard. Even when the light wasn’t doing me any favours, it was difficult to take a bad photo in Brasov!

That said, the beautiful old town of Brasov is rather small and it is easy to navigate in an hour or two. Even if you are stopping every few seconds to shot photos. Hence why of the things I loved to do in Brasov was sit in one of the squares, or out the front of the many cafes and eat an ice-cream or grab a coffee. It’s an important part of the culture of Brasov and Romania, and you’ll find locals doing this at all times of the night and day.

I also loved stopping off at restaurants to try some delicious traditional Romanian food. In fact Romania was the first country in a long time that I really jumped into exploring the local flavours. It was surprisingly exciting and you can read more about it in my Romanian food post.

Hiking is what I would have done with my second day in Brasov. But unfortunately my knee still hadn’t recovered from the Tatras Mountains, and I was also starting to get a cold. So I spent the morning in bed catching up on Netflix and having a much needed break from exploring.

But if you have a better knee, better health and more energy than me there are some incredible day hikes from Brasov. A quick google search, or asking the staff at your hostel should help point you in the direction of one!

But I was adamant not to completely waste my second day in Brasov so I signed up for a very exciting activity- Bear Watching! There are more than 5000 brown bears living in the woods of Romania and thus it is the best place in Europe to spot the bear.

The bear watching tour I signed up for is run exclusively by the park rangers who ensure that the bears are not disturbed in their natural habitat. Basically the rangers drop off a small amount of nutritionally approved food in a clearing in the woods. Overlooking this clearing is a tiny cabin with a huge glass window that you sit in and wait for the bears to come to eat.

There are many rules- including not using flash or being too loud as the aim is not to disturb these wild animals. Your chances of seeing them are of course not guaranteed, but very good. The bears know that food is regularly dropped here and return to the clearing for a free feed.

But we were especially lucky as we even got to spot two cubs! Unfortunately it was right towards the end when the sun was just setting so I wasn’t able to get a good shot of the cubs. It was an amazing experience and not one that I had ethical concerns about like many other tourist animal activities.

There are a fair few castles around Brasov and visiting them on public transport can be difficult. There is now way you would have time to visit everyone in a day and I was short on time. Luckily, my hostel ran a tour to all three castles in one day which was actually really affordable and a great way to experience everything the surrounding region of Brasov offered in the small amount of time that I had.

The first stop was Peles Castle, which was my favourite of the whole day. This Neo-Renaissance castle was built late in the 19th century and thus was far more “modern” than most of the castles I had visited in Europe. I loved the architecture and style- especially the interior which was immaculately furnished and decorated. To me, it looked exactly how I expected a Romanian castle to look. Sort of medieval, sort of Eastern European and sort of unique.

The next castle was Bran Castle. It’s dubbed the home of Dracula but its connection to Vlad the Impaler is dubious at best. There is actually no evidence that he was ever there- the Dracula connection is more of a selling point and the reason that the castle is always packed full of visitors. Out of the three castles it was definitely a tourist trap- but it was still fun to explore the medieval structure with its hidden tunnels. It seemed like a castle out of a storybook tale.

The final stop was Rasnov Citadel. This fortress on top of a hill is more of a skeleton of a castle than an actual castle. Majority of it is crumbling into rubble but for some reason I really love exploring places that haven’t been fully restored or rebuilt. It’s a lot easier to assess the age of a place without restoration. Not to mention the fantastic view that you get from the top of the citadel. We were even lucky enough to be there for sunset.

I arrived on the overnight train from Budapest that leaves every night and arrives around 10am every morning. It was clean, cheap and I slept super well. I left on a train to Bucharest. I stayed at Kismet Dao Hostel which organised the castle tour for 90 lei (22 USD) and it cost us an extra 20-30 lei (7 USD) for entrance fees. I booked the bear watching tour through Hub to Transylvania for 210 lei (50 USD).