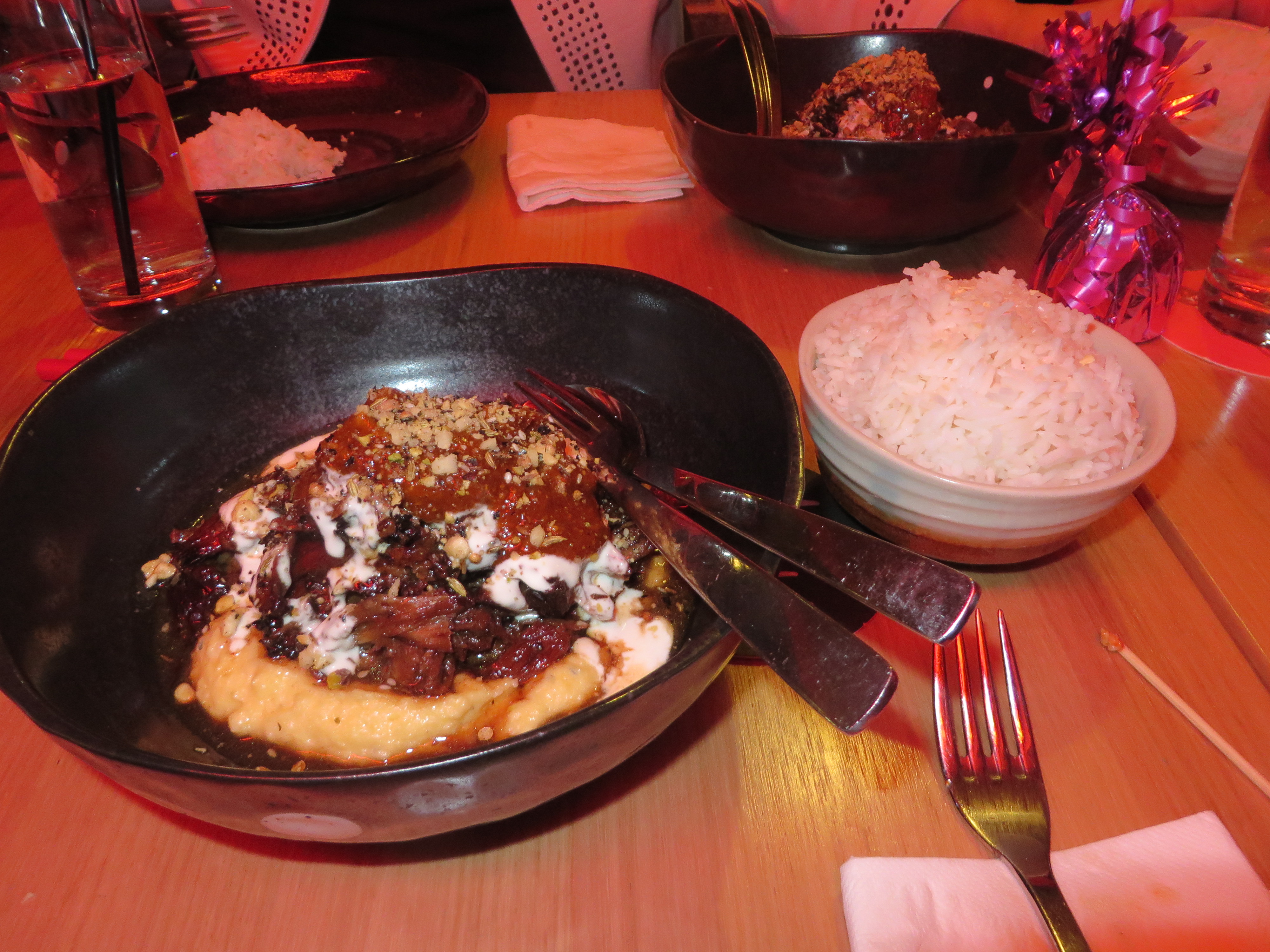 As most of you know I didn’t actually become a Melbournite until last year when I moved to the city to study at Monash University. Before then I grew up in Country Victoria, in the Gippsland region. I think a common misconception is that once you leave the city that it’s very difficult to find a good place to eat. I’ll admit you can’t get dumplings or a kebab at 2am like you can in the city, and although my home town has three Indian restaurants we are lacking in Japanese and Thai, but there are definitely many gems to be found in Country Victoria.

The most recent place I ate in the region was at Little Prince in Traralgon for my Mum’s Birthday. If you have visited Melbourne’s Chin Chin, or its sisters Baby or Kong– Little Prince is very similar. The interior definitely reminds me of Kong, and the menus are formatted similarly in that they come on large paper cards. Lucky for me, and anyway else that makes it down to Traralgon the food is just as good!

Little Prince is sister restaurant to the well established at Neilsons (also in Traralgon). I actually think the chef from Neilsons now cooks at the Little Prince. The food was really delicious and I totally apologise for my lack of photos- I tried to remember to take a photo of every dish but many times forgot in my eagerness to eat the food put down in front of me.

We got the Feed Me banquet. For $59 you get a selection of 7 tapas, two serves of one of the main courses and dessert. You never got told before what the Feed Me for the night consists of and you just have to put trust in the Chef to bring you out some delicious food, although if you have dietary requirements (i.e gluten free, lactose free or vegetarian) they can cater to you.

The first tapas were Potato and Chorizo Bombas. These were one of my favourite dishes of the night- probably because I’m a big fan of potato anything and they were so full of flavour. It was definitely a great way to start the meal and got me excited for more.

Second were the Spicy Prawn Spring Rolls with Garlic Salt, which were my mum’s favourites. They weren’t your average perfectly rounded spring rolls. They find of flared out around the shape of the prawn and came with this delicious chilli aioli that I was literally scoping out of the bowl even after the spring rolls were gone.

Next was the Spanner crab with Ginger and wrapped in Betel Leaves. I’m a big fan of anything wrapped in betel leaves. They were fresh but also full of flavour and definitely broke up the meal after we had previously eaten two courses of fried food.

The Pork Tostados with Jalapenos were the next dish to arrive. I absolutely loved these because I love jalapenos and chilies in general. The good thing about the jalapenos being placed on the top was that those in our group who weren’t into spice could simply take them off the top and eat them without the jalapeno. However I think they probably lost some of their flavour without that kick.

Then came Pork Belly Burgers with chilli jam, peanut slaw and crackle (very Kong like). These were not quite as good as Kong’s burgers but still tasty. Given the choice I probably would have opted out of all that bread as I usually try to do when it comes to big meals as it can unnecessarily fill you up early on in the meal.

Then we were brought the Duck Buns with pickled cucumber and chinese bbq glaze. I’ve never been a big fan of buns. They are a bit deceiving for me as the first bite makes me want to like them but then they never really sit well in my stomach. Again I was looking for something a little bit fresher.

The Kong like themed continued with our last tapas which was the BBQ Corn on the Cob with paprika butter. At Kong they do them with lime and chili and I think I prefer those slightly more. However these were still really yummy as I’m always a big fan of BBQ corn (even if you do spend the next couple of minutes after you eat it picking your teeth).

With tapas finished we didn’t really know what to expect from Mains. This was where the lack of information from the waiter was a bit annoying. She had told us we got two-three mains- so we were expecting an assortment of the mains from the menu that all sounded really fantastic. I was secretly wishing for the duck and the lamb. Instead we got two serves of the one dish- the 12 hr Roast Lamb Shoulder (thank god it was the lamb!) with yoghurt, dukkah and kasundi pickle. It was really delicious and probably one of the only times I’ve had lamb and actually thought it was on par if not better than the slow roasted lamb my mum makes (it’s seriously so phenomenal that I usually can’t bear to order lamb out because it never adds up). It’s not like we weren’t full after the lamb, or that the Feed Me isn’t great value for money (we would have spent a lot more than $59 each if we had ordered all those meals separately), but I couldn’t help feeling a little cheated by the miscommunication from the waiter. Even though it was good we got two bowls of lamb and all got a heap of it, I’d rather have gotten two bowls with two different mains.

Lastly was dessert. We tried to put in a preference for the caramel popcorn sundae but we were apparently too late as they had already started to prepare our dessert. Any other dessert would have been fine but we unfortunately got the one dish I really didn’t want – the Madeleines. I’m just not a fan of sponge cake or anything similar to it. These were also especially dry in my opinion- although that may be biased by the fact that I just don’t like them in the first place. Also many of my friends that have done the Feed Me at the same place all say they always get the Madeleines for dessert – I’d say they are probably the cheapest to make. I guess that’s just the risk you run with doing these types of banquets- your choices are limited and for most of the meal it had worked out for us.

We ended up ordering the Salted Caramel Popcorn Sundae anyways as we had massive food envy from the one served at the table next to us. This, unlike the Madeleine was more to the standard we had experienced with our courses. It was full of flavour and the balance between the crunchiness of the popcorn, the saltiness of the caramel and the sweetness of the icecream was a match made in heaven. I definitely didn’t have photos of this one because it went straight into my mouth!

All in all I’d rate my experience at Little Prince a 8/10. The food (with the exception of the Madeleines) was really good and the service was adequate but definitely not exceptional.