A Day Trip to Eze and Monaco from Nice 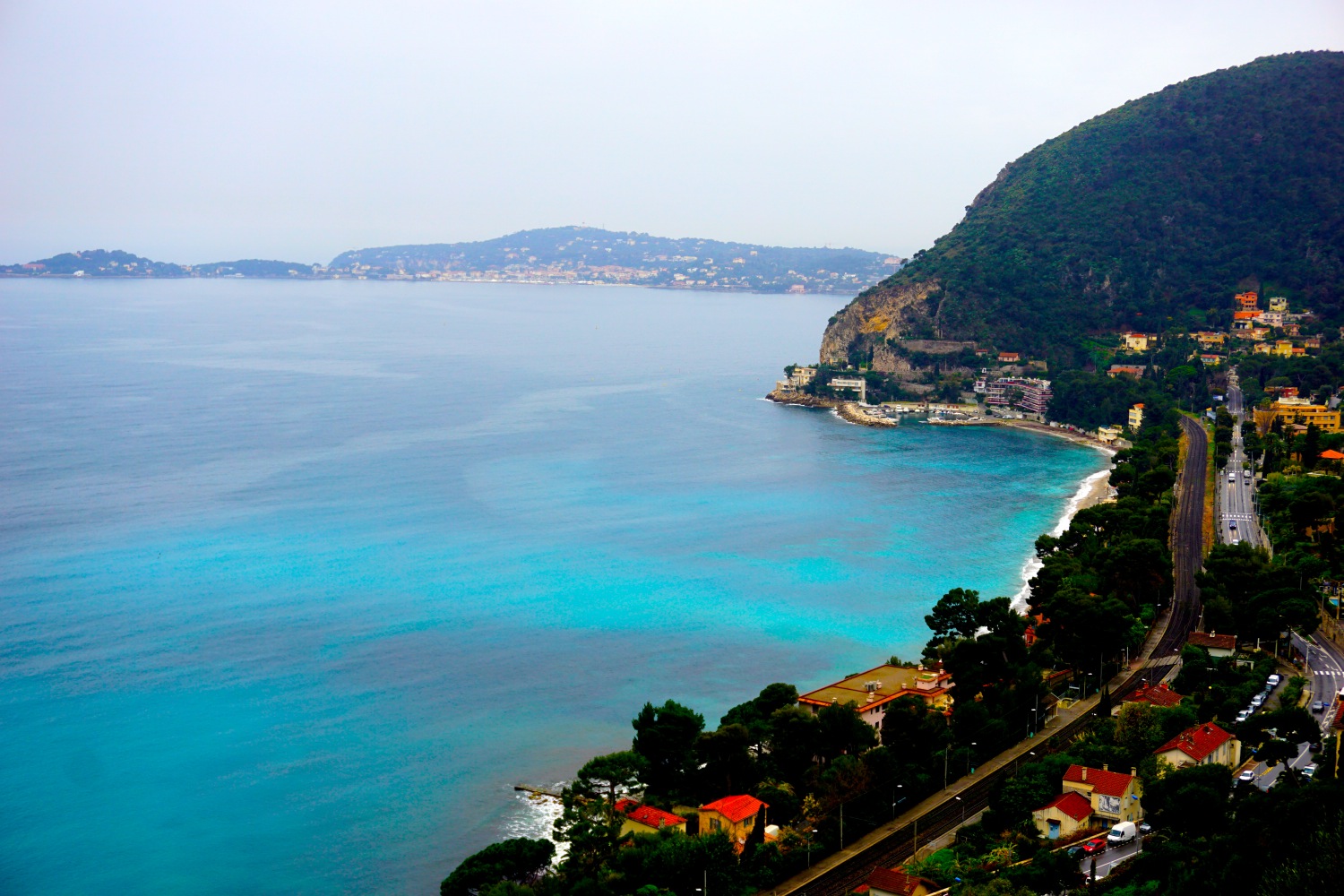 Going to nearby Monaco for the day and being able to say you have ticked off one more European country is something that a lot of people do while they are in Nice. But outside of special events Monaco is sure pretty, but it doesn’t quite need a day to explore.

Hence I combined my trip to Monaco with a stop en route to nearby Eze, a beautiful little mountaintop village. A Day Trip to Eze and Monaco from Nice is the perfect way to get outside of the city.

Getting the Bus to Eze

Getting the bus to Eze is meant to be an easy endeavour. I arrived at the supposed bus stop near the port of Nice well before the bus was scheduled to leave. Unfortunately due to construction in the area the bus had moved to another stop than the one I had read about on google.

I spent about fifteen minutes asking lots of locals where the bus stop to Eze was and got a variety of responses. After walking around the huge block near the Nice port I had finally given up on making this bus (a clear problem as the next one to Eze wasn’t for another two hours).

But just when I was convinced I had missed the bus, I saw it drive past me. Luckily traffic and traffic light stops in this area is pretty crap but I was able to run around the block just in time to hop on the bus at the bus station.

Sorry but I was too exhausted from running that I forgot to note the actual bus stop for this post. But knowing Nice and the way they are revamping this particular area, it has probably changed again by now anyways.

It’s less than half an hour to Eze and I didn’t find myself needing to occupy time. The bus takes you up to the road that runs along the cliffs above Nice, so you get a stunning view of the whole area of Nice, especially the clear blue water. Make sure you get a window seat on the right hand side of the bus if you can.

Eze is actually made up of two towns; the old village of Eze located on the top of a rather large hill, and the more modern Eze-sur-Mer (Eze on Sea) that is located by the sea below. You can get a train to Eze-sur-Mere, but it isn’t where you really want to be and you’ll find yourself with a hike up a really step path in order to get to old Eze.

My plan was to explore the old village first before doing a hike down the mountain to modern Eze. I’ve always really loved hiking but it was only in the last month or two of visiting Europe that I started to prioritise them in my travel plans. Nice was the perfect place for scratching my itch to hike.

Unfortunately for me, this day was the only day that I got bad weather while I was in Nice. A layer of cloud, and a slight drizzle did affect the beautiful view from the top of Eze, if only a little.

The main thing to see in Eze is the beautiful castle that is located on the very top of the hill. Here you’ll get stunning views to the sea below. More than that, the castle itself is really fun and beautiful to explore. Its little streets and small shops reminded me of a smaller version of the medieval town of Carcassonne that I had visited just a week before.

There is also a rather creative mountain top garden within the castle that you can pay a small fee to visit. What made this garden so creative was the array of plants and flowers; there was cactus but there were also roses.

After visiting the castle, I began my hike down to the other Eze. This path is called Nietzsche’s path, after the famous German philosopher Friedrich Nietzsche. Apparently he would walk this path everyday when he was staying in Eze.

You can do the hike in either direction but I decided down was probably the most convenient because the buses from old village Eze to Monaco were far less frequent, and walking up really step hills is hard, and more time consuming. But walking down wasn’t the easiest endeavour either.

The path is mostly made up of rocks and the rain had made them super slippery. I almost fell more than a couple of times. But this hike provided stunning views of the valley below.

Whilst the crappy weather made them slightly less beautiful than they would have been had it been sunny, I still really enjoyed the peace and quiet of the countryside. During the whole hour it took me to get from Eze Village to Eze-sur-Mer, I only bumped into two other hikers.

Once you arrive in Eze-sur-Mer, there isn’t too much to do really. It’s more of a modern town, but it does have a beautiful beach. I walked down the beach and ate the baguette I had picked up from the boulangerie on the way to catch my bus that morning.

But it wasn’t long before I was hoping on a bus to Monaco.

Monaco is a rather odd sort of destination and I’m still not sure exactly how I feel about it. Obviously it’s very small and while you say you visited ‘Monte Carlo’, the capital of Monaco, it’s basically all the same thing. And it’s an extremely modern city full of lots of multilevel buildings. In most places, it’s actually pretty ugly.

But there are parts of Monaco that are really charming. I walked up to the Royal Palace which was pretty. I especially loved the use of pastel pink on most buildings! And lots of the streets around the Palace reminded me a lot of Nice with their colourful buildings and quaint little alleyways.

Perhaps the best thing about a visit to Monaco is people watching. A visit to the port is a story in affluence. There were yachts there with helicopters on them! I saw kids with designer label shopping bags heading to a nearby yacht.

Most of the yachts seemed to be getting renovated for the summer sailing season, so I’m sure the people watching opportunities are far greater outside of February.

My final stop in Monaco was the famous Monte Carlo Casino. Unfortunately I never got to go inside the casino; I was sure they wouldn’t appreciate my slightly muddy jeans and very muddy hiking boots. But the Casino itself and the buildings attached to it are easily the most beautiful buildings in all of Monaco.

It was incredibly easy to get back to Nice from Monaco. I jumped on bus 100 back to Nice. But be aware, that this bus is often packed full of people. I had to spend the hour back to Nice on my feet squished between a lot of people. I can imagine it would only be worse in high season or on a weekend.

One day I want to say I’ve been to every country in Europe. So a trip to the principality of Monaco was something I wanted to do while in Nice. But this day trip was definitely improved by the fact that I also managed to visit nearby Eze.

Where Should I Stay in Nice?

If you are a budget traveller or are just looking to make some friends, I always recommend staying at hostels. As I was couchsurfing I haven’t stayed at a hostel I can personally recommend. But some of my friends stayed at Backpackers Chez Patrick and had an awesome time.

For all of your bookings, whether hostel or hotel I always recommend Booking.com specifically because most of the time you can make a reservation without a deposit and many bookings are fully cancellable and refundable. I love being able to lock in my accomodation early, but then shift things around if my plans change!

To get to Eze Village from Nice you need to take bus number 82. They run about once an hour, although sometimes more infrequently. It’s best to check the most recent bus timetables online. If you don’t want to hike to Eze-sur-Mer, you can then hop on bus number 112 straight from Eze Village to Monaco.

Otherwise bus number 100, the regular bus between Nice and Monaco stops about every half an hour at Eze-sur-Mer. It’s this bus that you’ll need to catch back from Monaco to Nice at the end of the day.