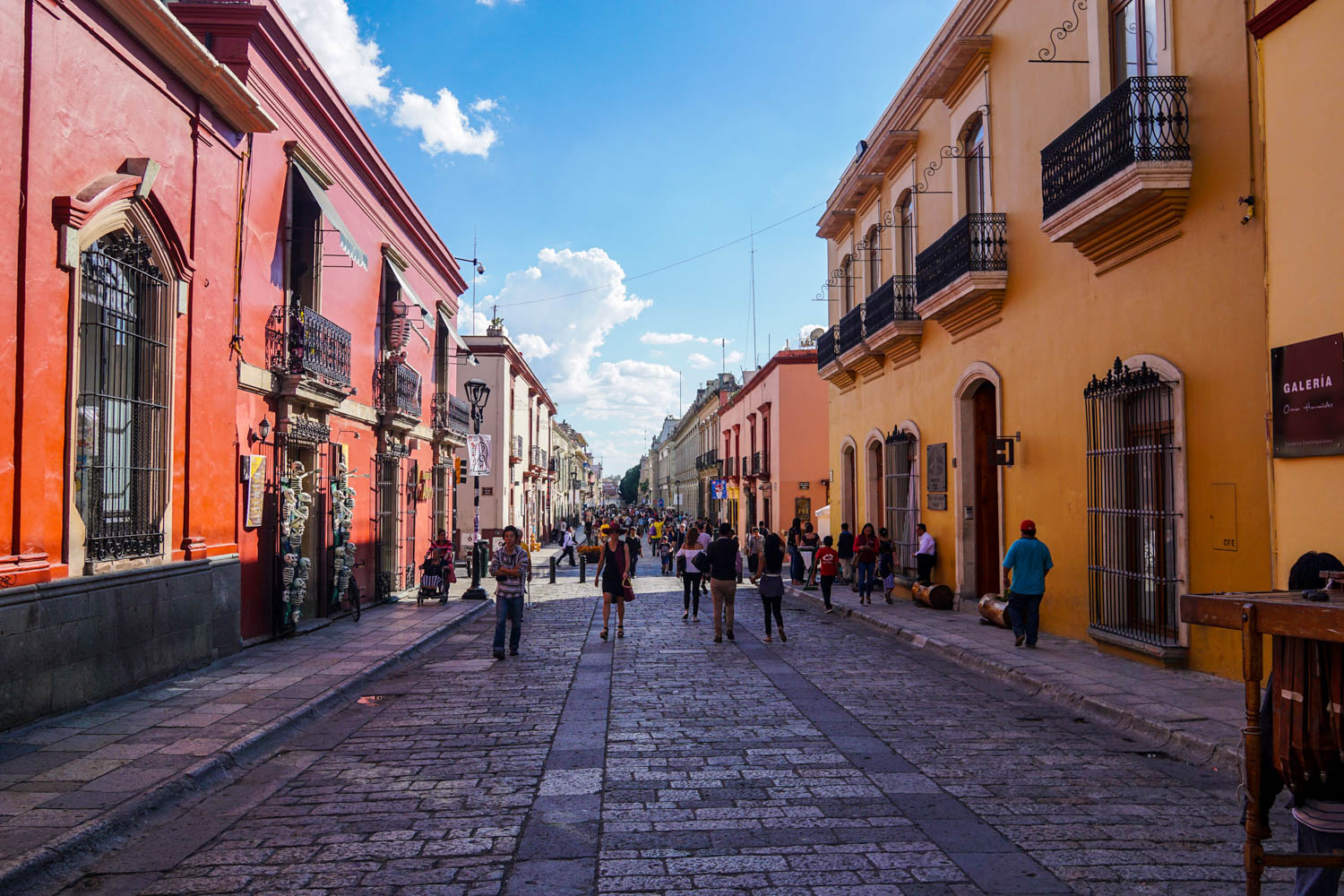 When I was planning my trip to Mexico, I was super excited to realise that I would be there for the famous Dia de Muertos celebrations. The Day of the Dead is famous all over Mexico, but one of the best places to celebrate it is in Oaxaca.

Oaxaca is quite easily the cultural capital of Mexico and it absolutely comes alive on the 1st and the 2nd of November for the Day of the Dead festival. I knew that I absolutely had to be there for it, so we rearranged our travel itinerary for Mexico so that we would arrive the day before the celebrates began and leave a day after they finished.

What is the Day of the Dead?

It’s a little bit self-explanatory- the Day of the Dead is a time where Mexican people remember and celebrate their dead loved ones. The general belief is that on the Day of the Dead, the veil between the living and the dead is at its weakest. Therefore, it is easier for people to communicate and be closer to their lost friends and family.

If you have seen any photos from the Day of the Dead you might know that skulls are the most important symbol of the day. You’ll find candies and decorations with skulls all over. More importantly, you’ll find everyone painting their face in the traditional Day of the Dead to look like someone that is dead. Again, this is about getting closer to the dead to celebrate them.

Experiencing the Day of the Dead is a super moving experience, and it’s incredibly educational when you began to realise the different relationship Mexican people have with death during this time. The Day of the Dead does have a sombre, macabre atmosphere but it is ultimately a celebration and party. It’s beautiful to see death portrayed in that way.

The Altars and Cemeteries

A key part of Dia los Muertos is bringing an offering to the dead. For many families, this involves decorating the graves of their beloved with flowers, food, candles, wine and other offerings. These families will then spend the whole night conduct a gravesite vigil to connect with the dead.

There are a couple of places in and around Oaxaca where you can experience this for yourself. Xoxocotlan cemetery is the most famous of them all, and the busiest night to go visit is on the night of the 31st of October. It’s a little bit outside of town and visiting in a taxi can be difficult. Crime has also been known to occur in the cemetery at night, especially targeting tourists so you need to be careful. Some companies do run guided tours but it wasn’t something I was interested in.

Conversely, the Oaxaca Cemetery is located walking distance from the city centre and we found it to be at its busiest on the night of the 2nd. We just followed the crowd and made our way there.

I don’t have many photos from either of these cemeteries because I felt the need to respect the ritual that I was witnessing. Unfortunately with the growing popularity of the Day of the Dead, hordes of tourists arrive in Oaxaca every year and many of them don’t respect the cultural significance of the festival. These people are mourning their dead and thus respect should be shown always. Never take a photo of an occupied altar, or of the families holding vigil unless you ask for permission first.

Painting Your Face and Wandering the Town

This is something that most visitors to Oaxaca do. In the centre of town you’ll find plenty of people willing to paint your face in the Day of the Dead design for small amounts of money. Unfortunately, my sensitive skin means that I had to bow out of this particular tradition.

Outside of the Day of the Dead celebrations Oaxaca is a beautiful place to explore. We absolutely loved heading to the Oaxaca Food Market- Mercado 20 de Noviembre which is jam-packed full of street vendors selling Oaxacan specialities. Oaxaca is known for having dishes that you can’t get anywhere else in Mexico. Mole is the most famous of these dishes which is basically a Mexican curry, with the most common varities being made from Cacoa mean. You haven’t lived until you’ve tried the combination of chocolate and chicken!

Tlayuda, essentially Oaxacan style pizza is also a must have. It’s basically a tortilla that is dried out and topped with all these delicious Mexican toppings and flavours including their strange, stringy cheese.

The other thing that we decided to be brave and try was grasshoppers. I’ve tried some weird and whacky food before and really enjoyed it. Unfortunately grasshoppers were not one of them.

Most importantly, if you are heading to Mercado 20 de Noviembre you need to head to the BBQ meat section, located at the one of the side entrances. We spotted around 20 vendors all selling free meat on ice including sausages and sliced pieces of steak. You pick what you want and then they start cooking it up for you. You can then pay a small amount of money to sit at a table and eat your meat, with the cost coming inclusive of tortillas and salsa. We also added some charred corn, some guacamole and some iced cold beer!

For a more upmarket meal- the best food we ate in Oaxaca was from La Biznaga. Their chicken soup that comes served with tortillas, limes, avocado and red onion is out of this world. Their tacos and cocktails were also amazing. Pretty much everything on the menu was incredible! We went back three times!

Even without the Day of the Dead Celebrations, Oaxaca shouldn’t be a town you should miss. I loved exploring the beautiful streets of Oaxaca, with the colourful colonial buildings and the mountain scenery in the background. It’s probably the most picturesque part of Mexico I visited. I really want to return someday without the celebrations so that I can dedicate more time to actually exploring the city and the region surrounding it.

One of my favourite travel bloggers, Jodi from Legal Nomads is based in Oaxaca every winter. So she has some great stories and tips to share from the city.