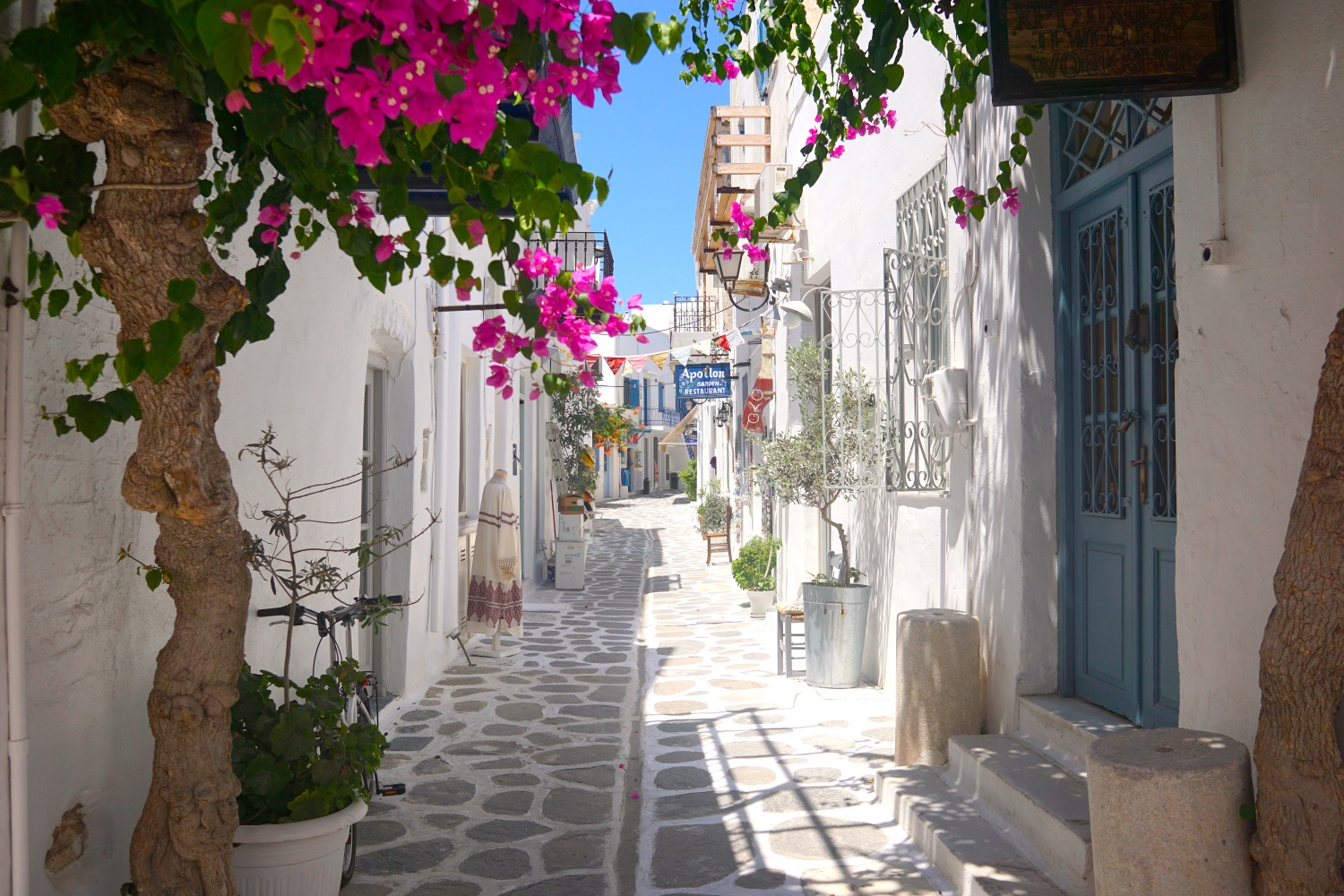 This month, I celebrated my biggest milestone yet when I hit the halfway point of my trip. July 13th marked 233 days since I left Melbourne and 233 days until I would arrive back on Australian soil.

But that’s about all the counting down I’m doing at the moment, because I’m not ready to finish this adventure just yet. It’s a relief knowing that I don’t have to worry about the post travel blues at least for another 7 months.

Other than milestones, July saw me take off the solo travel hat for most of the month. I started the month with my grandmother, spent three weeks island hopping with my friend from home and was finally reunited with my sister and our Austria friends for our last week on the Greek islands.

July was a month for reunions- even after waving goodbye to my sister I caught up with three friends (including my cousin) in my three shorts days in London .

It was nice to switch dorm rooms out for guesthouses, and have someone to watch my stuff while I went to the bathroom, but it also feels good to be solo travelling again.

Islands- 10 (counting the UK and Ireland)

Things Lost- Another pair of sunglasses!

July 2016 ended up being my most expensive month yet which really surprised me. Greece wasn’t an expensive country and compared to many places, I was spending a lot less on food and activities. But this month I wasn’t really a budget traveller- I was staying in guesthouses and hotels instead of dorm beds, I hopped around a lot on expensive ferries, and I did a lot of shopping in London.

Whilst this figure might be concerning, I’m actually under budget for this month. I knew I wanted to have a good time in Greece without worrying about money, so when I first budgeted this trip I budgeted a lot of money for my month in Greece. It was only in London and Dublin where I was over my estimates. In most of the islands, I found myself $100-$200 under budget for each island.

As always you can see all my expenses for this month detailed in my expenses google sheet.

Crappy island internet made it a little difficult for me to keep up with posting this month. At the start of the month I had closed the gap to six weeks behind but its since blown back out to two months. I’m hoping to start catching up again now, especially with long trips on buses during my tours of Ireland and Scotland

Wherefore Art Thou Romeo? A Day Trip to Verona from Venice

3 Days on the Amalfi Coast: Path of the Gods, Positano, Corfu and Salerno

My Guide to Florence- My Home Away from Home

My 5 Day Love Affair with Slovenia- Day 2: A Hike in the Rain to Vintgar Gorge

My 5 Day Love Affair with Slovenia- Day 5: Ljubljana, the City of Dragons

I am not surprised the Greece stole the show on instagram this month. The Greek islands provided some of the best photo opportunities of my trip so far.

After more than a month in Greece I can’t believe I only have three more days left. Three more days of gyros, awesome Greek food and beautiful scenery like this. I knew when I arrived I was going to fall in love with this country!

When this is the view from outside your accommodation. Mykonos with its white and blue buildings and giant patterned pathways is what Greek island life is all about.

?I wandered everywhere, through cities and countries wide. And everywhere I went, the world was on my side’ ?- Roman Payne

Santorini dreams ❤️ still can’t get over how beautiful Oia is. Ill be back for you in three days time. That’s if I survive the three days in Ios.

We arrived today at island number two of our Greek island hopping adventure. Paros is cheaper, less touristy and dare I say- more beautiful than Mykonos. It’s just a taste of the lesser known islands we will be visiting over the next week or so!

The majority of the this month will be spent exploring Ireland and the United Kingdom. I’m in Ireland until the 8th of August on a Paddywagon Tour of the country, before I head to Scotland. I’ll celebrate my birthday while on a 10 day tour of the Scottish Highlands before catching up with my grandpa and auntie in Edinburgh for the Fringe Festival. I’ll then spend a little bit of time having another break in Chester with family before my grandpa and I head to Krakow where I’ll finish the month.