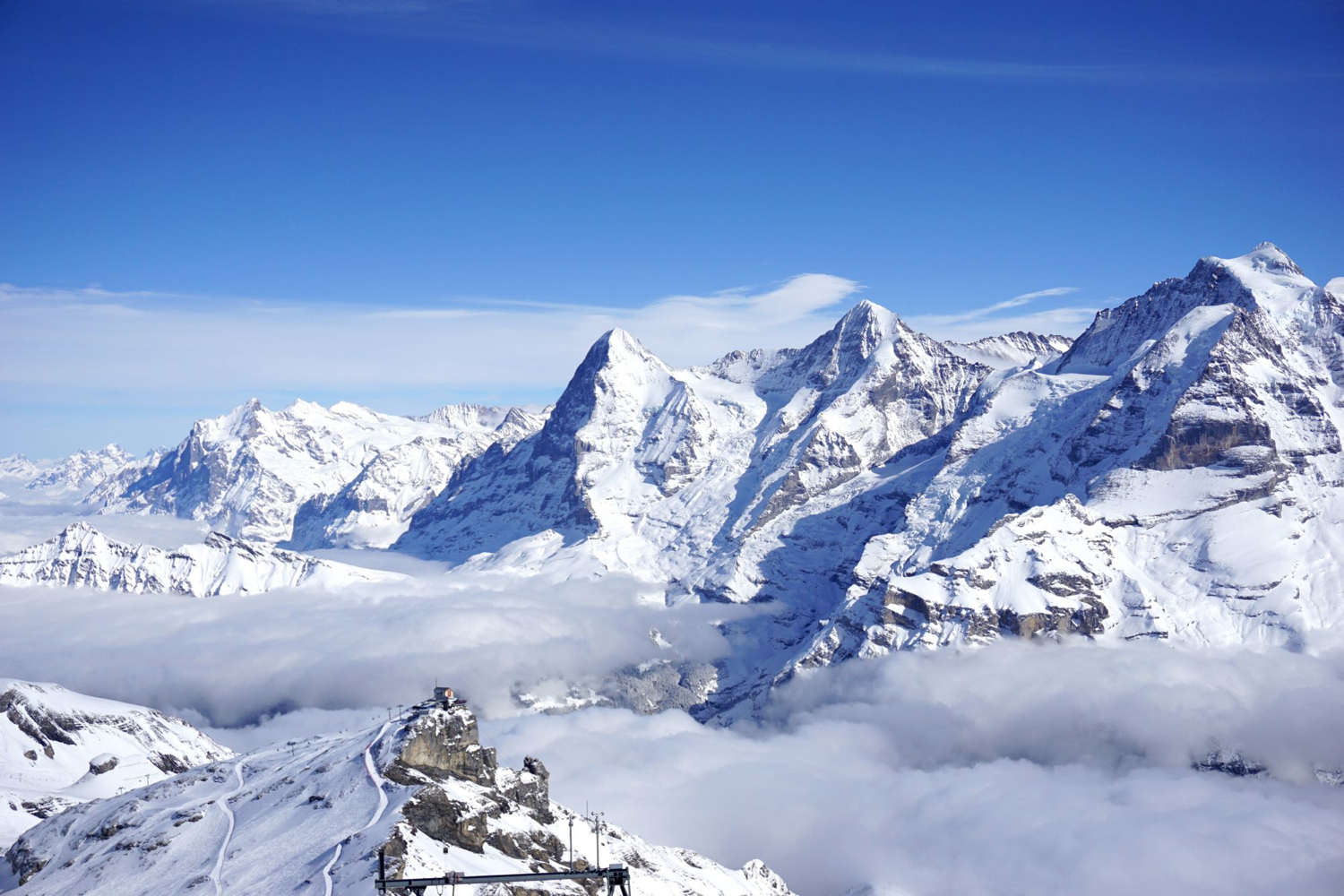 It seems like the longer I travel, the faster this trip seems to go. Three months has quite literally flown by.

But it is still scary to think that I’m now only a fifth way through my planned journey of 15 months. If all goes to plan, there is still a whole year left before I’ll board a plane from Rio de Janeiro back to Melbourne.

My budget is still a little bit scared of the fact that there is still so much more to go, especially after I just spent a whole week in Switzerland which is crazy expensive! But hopefully I can start to be a bit more frugal soon.

Things needing to be replaced- 1 x Macbook Charger (lucky the Apple store in Lyon replaced it for me for free), 1 x pair of jeans (seriously how do Uniqulo pants lose their elasticity so quickly?)

Despite the fact that I was able to couchsurf almost half of the time and this month was two days shorter than the last, February still ended up being my most expensive yet. And that was for one reason; Switzerland.

I spent almost a third of this month’s total in my last five days in Switzerland, including a whooping $720 in Interlaken alone. Switzerland is notoriously expensive and my number one piece of advice for visiting this country is don’t do it unless you have money to blow. Whilst you might save some money by skipping some activities- what is the point of even visiting Switzerland if you can’t afford things like the cable card up the mountain (my return trip to the Schilthorn cost $150 AUD).

As always you can see a full breakdown of all my costs in the google spreadsheet here.

I managed to write a lot more posts this month and I expect it to be even more next month. I’ve finally gotten more organised with a posting and writing schedule that should have me releasing a post every two days for the next month. I’ve come to the realisation that I’ll always be two months behind but I’ve decided that is ok. For the most live updates it’s definitely best to follow me on snapchat (brittytt) and instagram.

The Land of Carnivores and Beer Drinkers: What to Eat in Germany

A Detour to Speyer Cathedral

A Day in Trier

What to Eat In Amsterdam: Discovering Dutch Dishes

What to Do in Amsterdam: Amsterdam is an Adult’s Playground

What to Do in Amsterdam: The City of Museums, Canals and Bicycles

This month expect posts on Chester, London , all of Portugal, San Sebastian and Salamanca. I’m all hoping to do a travel tip post in March on how to avoid theft in Europe.

As always I can’t predict what the people of instagram are going to like. I thought my best photos yet came from my day in the mountains in Switzerland but they didn’t even make the top five.

Inside the walls of this fortress is a whole city. When I walked through the gate of Carcasonne it was almost like I had stepped back in time, except instead of medieval market stalls I was confronted with restaurants, hotels and candy shops.

I love this one!

So in case you needed another reason to visit, here is another photo from Albi. It’s an easy day trip from nearby Toulouse and the sort of city where you just want to get lost in and wander the streets aimlessly.

After almost a month in Spain I unfortunately have to say goodbye to the land of churros and Iberico ham. I woke up this morning and I didn’t want to leave. But I’m super excited to be moving on to a country that feels like home. I’ve spent three months in France before but I’ve never explored the south which is my mission for the next two weeks!

Lyon is absolutely stunning. A series of errors meant I only had a couple of hours to explore this town but I managed to see almost everything on a 15km walk around the various districts and old town. And have the best meal I’ve had so far in France.

And the most popular of this month! Nice

Nice it has been super nice to meet you but unfortunately our time together must come to an end. I’m super sad to be packing my bags and saying goodbye to the south of France tomorrow! But bring on the next week in Lyon and Switzerland!

This is exactly how I imagined Switzerland to be! And the main reason why I decided to come in winter even though the weather can be hit and miss. Nothing beats those snow covered chalets and mountains.

Where I’m Off to Next

I’m spending my first week of March in Paris before heading to Brussels. I’ll then stop over in England for five days to have some R&R and then fly to Copenhagen to visit my friend Stine. I’ll finish the month with a 2.5 week trip in Norway including Oslo, Bergen and a 12 day return cruise to the Arctic with the Hurtigruten. Fingers crossed that I’ll have some photos of the Northern Lights appearing on my instagram before the end of the month!