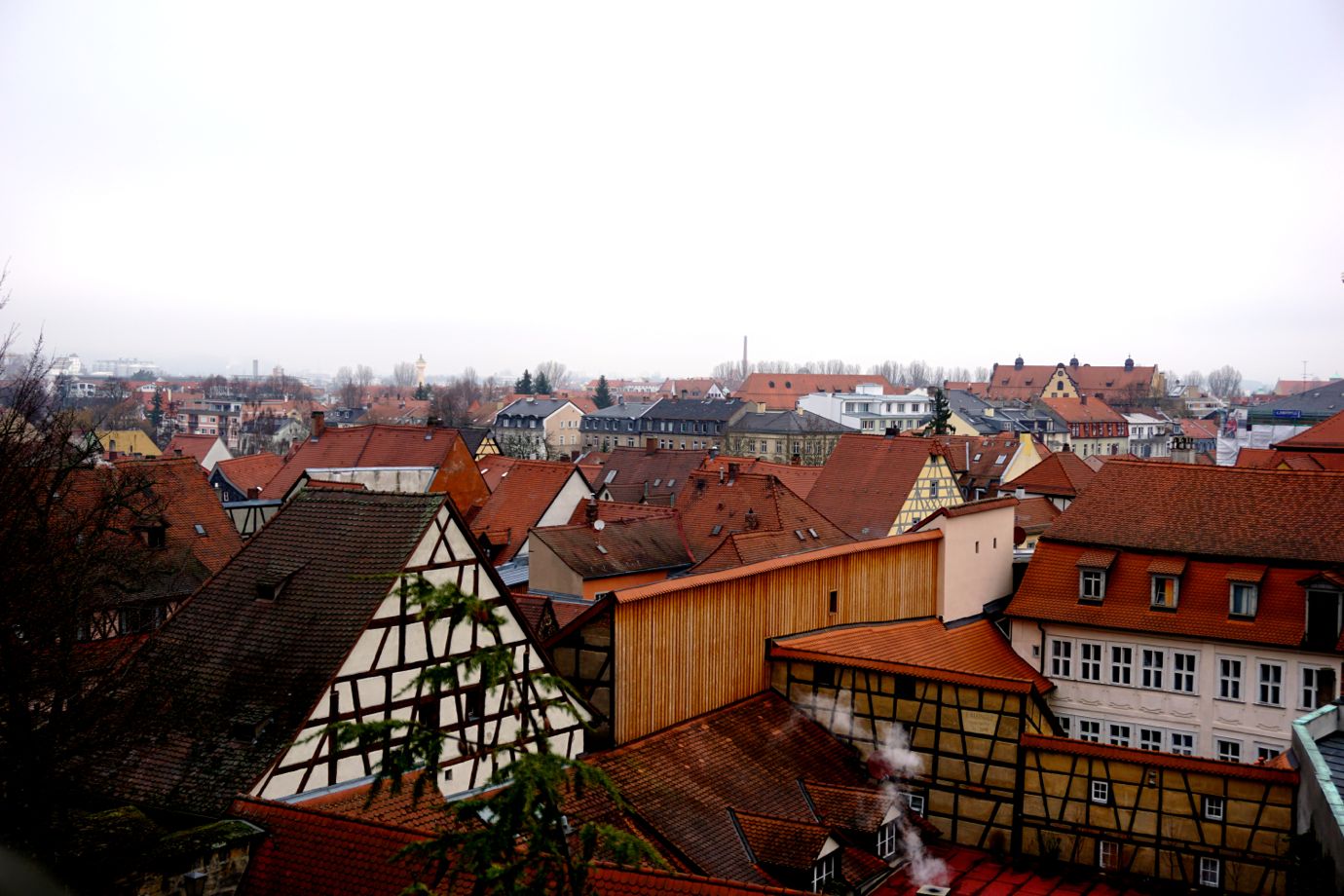 “But why did you come to Bamberg?” was one of the first questions my couchsurfing host asked me when he picked me up from the train station.

He was very incredulous about my decision to pick Bamberg. “You are on a 15 month world trip and you came to Bamberg, it’s very strange”.

For him, I guess it was a case of not really appreciating the place that you actually live in, because Bamberg soon became my favourite small town in Germany.

Bamberg is home to not only a beautiful old town but also to some of Germany’s best collections of nativity scenes, which I’ve already wrote about. If I had to pick one small town in Germany to return to, it would be Bamberg every time.

If you aren’t visiting in November or December, and can’t spend your day checking out all the nativity scenes, there are still lots of sights and activities to make a trip to Bamberg worthwhile at any time of the year.

Here are a few of my recommendations:

Whilst many old towns in Europe and Germany are UNESCO World Heritage Listed, the actual area of Bamberg designated as protected is remarkably large.

Regensburg was built by wealthy traders, the people of Bamberg were poorer and thus most of the old houses were made from wood rather than stone materials. To be honest, I find the ‘poorer’ houses more charming!

My number one recommendation for Bamberg is simply to get lost in the streets of the old town. Wandering down little alleyways, lanes and roads will bring you to some beautiful houses. I must have taken hundreds of photos of just this aspect of the city alone.

Bamberg’s town hall is one of the most famous sights in the city. It’s built on a bridge that wasn’t built much later than Regensburg’s stone bridge and is a formidable sight. You can just imagine how imposing it was to the villagers of Bamberg back in the day.

The best view of the Rathaus is actually from the river bank as you can gaze at both the beautiful building and the bridge that it sits on.

It’s also worth visiting the Rathaus and bridge itself. There is a great museum inside the Rathaus and you can even go up and see where the politicians of the town used to meet. I particularly loved the porcelain collection in the museum.

Finally the bridge makes a good vantage point from which to take photos of the rest of the Old Town.

The houses that dot the river are affectionately dubbed by the locals as Little Venice. And they provide a perfect opportunity for some picturesque photos – there is just something about the combination of the cute little houses and that riverside.

Interestingly, these houses are never for sale- they are passed on from generation to generation and most have been in the same family for over a century.

If you are lucky enough to visit at the end of August, during the Sandkerwa Beer Festival you’ll even find locals on the river participating in river jousting. The whole town turns up to watch people try and push each other out of the other’s boat with some form of jousting stick. I’ve heard it is an awesome experience and it’s something I’d love to return for.

Like any town in Bavaria, Bamberg takes its beer seriously. In fact Bamberg is home to the most breweries per square metre of anywhere in Germany. And they all brew beer in the traditional way.

But no beer is more famous in Bamberg than the smoke beer made at Schlenkerla brew house. From right when it opens at 9.30am to close (11.30pm), you’ll find locals in this brew house sipping on steins of smoke beer.

Smoke beer is made by using malted barley that is dried over an open flame in order to get that smokey flavour. And Bamberg is where you’ll find most of the brewhouses in the world that make beer this way.

To be honest before I went to Europe I wasn’t much of a beer drinker to begin with. But after trying something other than Aussie beer I actually realised I could like it. I particularly loved the Augustiner and Hofbrauhaus beer in Munich .

I think the smoke beer was probably taking my budding taste for beer too far. It kind of tasted like liquid bacon or smoked ham, but without the yummy taste.

I think the best way to describe it is kind of when you burn your soup and the whole broth retains that smoky flavour. The first couple of sips of the beer, when it was still ice cold were actually not too bad. But as soon as it got even remotely warm I couldn’t stomach it.

Whilst I haven’t given the beer the best review, you can’t leave Bamberg without trying it! It’s just too important to the culture of the town- if you don’t try the smoke beer you haven’t really visited Bamberg at all!

Domplatz (roughly translated to Cathedral square) is where you’ll find many of Bamberg’s most beautiful buildings including the Cathedral, the Bishop’s House (New Residence) and the old servants quarters and stables.

It’s also home to the Historical Museum of Bamberg, which if you are a history geek, is definitely worth checking out.

Take in the New Residence and the Rose Garden

The New Residence was the home of many of Bamberg’s prince visits and for 4.5 Euros you can go inside and check out the lavish interior.

Most importantly, the New Residence is home to the State Gallery where you’ll find some amazing local art. Unfortunately this wasn’t something that I got to do when I was in town, but I’ve heard great things.

But the highlight of the New Residence is a visit to the Rose Garden. If you are lucky enough to visit when the roses are in bloom, it is meant to be spectacular.

December is definitely not a rose blooming month so I didn’t get to see it in all its glory. If you do go in the Spring be sure to send me a photo! A visit to the Rose Garden also gives you a great view over the Old Town of Bamberg.

I can’t quite pinpoint exactly what I loved about Bamberg. It wasn’t anything specifically that made it my favourite small town in Germany. If I could guess I would say it’s the spectacular Old Town with it’s quaint charm. I almost felt like I’d been catapulted back into the past.

Given it was my favourite, it shouldn’t come as a surprise that if I was going to recommend one small town to visit outside of Germany’s main cities- it would definitely be Bamberg!!

Thanks to Bamberg Tourism for hosting me during my stay in Bamberg. As always, all opinions are my own.