Escape to Bavaria Part One: Regensburg 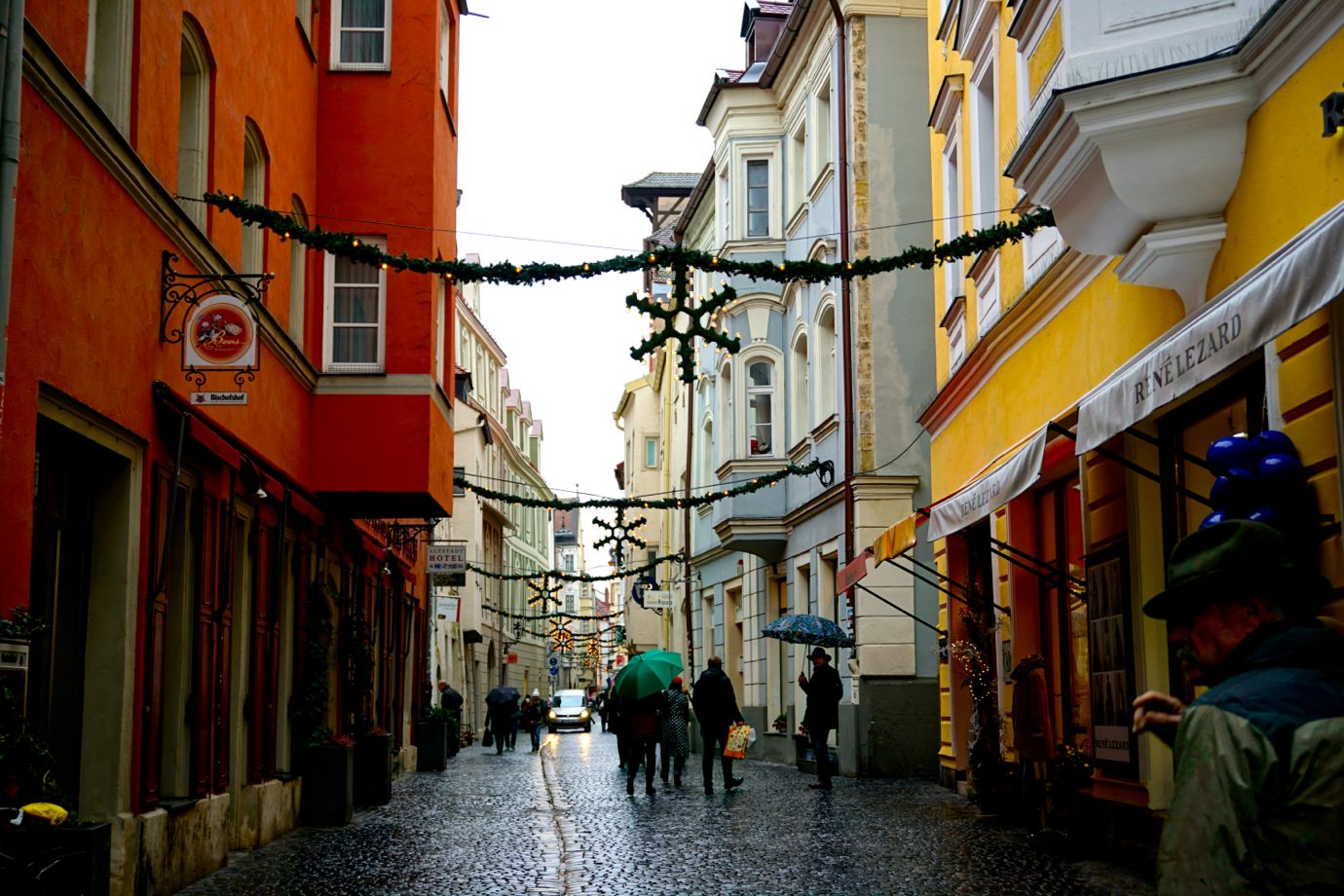 I’m often asked how I decide where to go. What dictates my travel plans, how do I decide between one destination and another?

There are a few answers- some destinations are on my list for food, because I got inspired by a movie, book or someone else has told me of their visit. Other destinations I pick to catch up with friends.

But these are usually the methods I use for picking big cities. It’s definitely how I decided to pick both Munich and Amsterdam . They are big European cities so of course they were going to make my list.

But as you might know from my post on Austria, I really enjoy getting outside of the city and seeing more of the smaller towns in a country.

The way I pick which of these smaller towns to visit is by checking out the UNESO World Heritage List. UNESCO listed sights are sights that are recognised as being universally culturally, historically and even physically significant.

I love the list as a way to find some amazing historical monuments and places, that might not necessarily be still be a bit off the beaten track. So far I’ve visited 43 of them!

I know I needed to get from Munich to Cologne and then to Amsterdam, so I made a list of all the World Heritage sites that lie between those two cities. I then decided on five of those places; Regensburg, Bamberg, Wurzburg, Speyer and Trier.

I only spent an average of a day in all of these places but I got to see a side of Germany that many people don’t get too experience. Over the next couple of weeks I’ll be blogging about all of these cities individually.

The first one I visited was Regensburg.

Regensburg is a small town in Bavaria, only around an hour and a half away from Munich. In fact if you don’t fancy staying here you could easily squeeze it in as a day trip from Munich.

Regensburg is a huge university town which meant it was absolutely great for couchsurfing. I stayed with two 21 year old girls who took me out to a local bar where students get half a litre of beer for 1 Euros.

Whilst I’ve hosted a lot in Melbourne, this was my first official time couchsurfing and I had a blast. Drinking in a university pub with German students is not something you get to do when you aren’t couchsurfing!

Unfortunately the morning of my visit to Regensburg was incredibly dreary. It rained all morning so I escaped to the museum. The downside of visiting somewhat out of the way destinations is that the tourist infrastructure isn’t there- unfortunately the museum was only in German.

But I could still decipher the dates and stare at all of the crazy old artefacts. I also found a book where I could read about the history of Regensburg in English.

After returning to my couchsurfing hosts place to have lunch (she came back from university just to cook and have lunch with me!), I joined the English tour that leaves from the tourism office every afternoon. It was only myself and another American couple on my tour, so we basically had the guide to ourselves.

For only 10 euros, this is by far the best way to get to know this city.

Our tour started out front of the Rathaus, one of the oldest buildings in the whole city. We learnt that the reason Regensburg is UNESCO listed is that it is the oldest old town in Germany that wasn’t destroyed by the bombings of World War II.

Hence the tour focused on some of the oldest parts of the city. Regensburg is definitely one of those cities where the destination is the city itself. Almost every little street or alley you turn down in the old town part of the city offers amazingly cute old and restored buildings.

Even the terrible weather couldn’t put a dampener on this beautiful city. I especially loved the mixture of time and history you can find in the old town. Around one corner you might find the remains of a gate or tower built in medieval times.

Somewhere else in the city you’ll find a Baroque church whereas Regensburg Cathedra, the main church in town, is a prime example of Gothic architecture.

One of the most famous and oldest sights of Regensburg is the old Stone Bridge, that was built in the 12 century to allow Regensburg traders to deliver their goods across the Danube.

It’s incredible to think of people in the 12th century, with all of their primitive technology, constructing such a thing! Unfortunately it was under repair during my trip to Regensburg so I didn’t get to see it in all its glory!

Of course the highlight of my trip to Regensburg (other than the awesome couch surfers I met) revolved around food. The Regensburg Sausage Kitchen, located right on the Danube near the stone bridge has been serving food since the 12th century.

Of course I had to try their sausages that were served with sauerkraut (cabbage) and as much mustard as you wanted to spoon onto them. Their homemade mustard was seriously the best. The sausages were really a vessel for me devouring as much mustard as possible!

Oh and I couldn’t leave Regensburg without checking up some more Christmas markets! Including a very cute and local one with some amazing music, played a man that looked exactly like Santa!

To be perfectly honest, you don’t really need more than a day to explore Regensburg. As I only had five days to see five different small towns in Germany, I was worried about rushing too much. But I found a day was the perfect amount of time to see all that this gorgeous city has to offer!

Whether you decide to stay the night on the way through to another German city, or do it as a day trip from Munich, you need to add Regensburg to your list for your next trip to Germany!