Falling in Love with Andalusia: What to Do in Seville 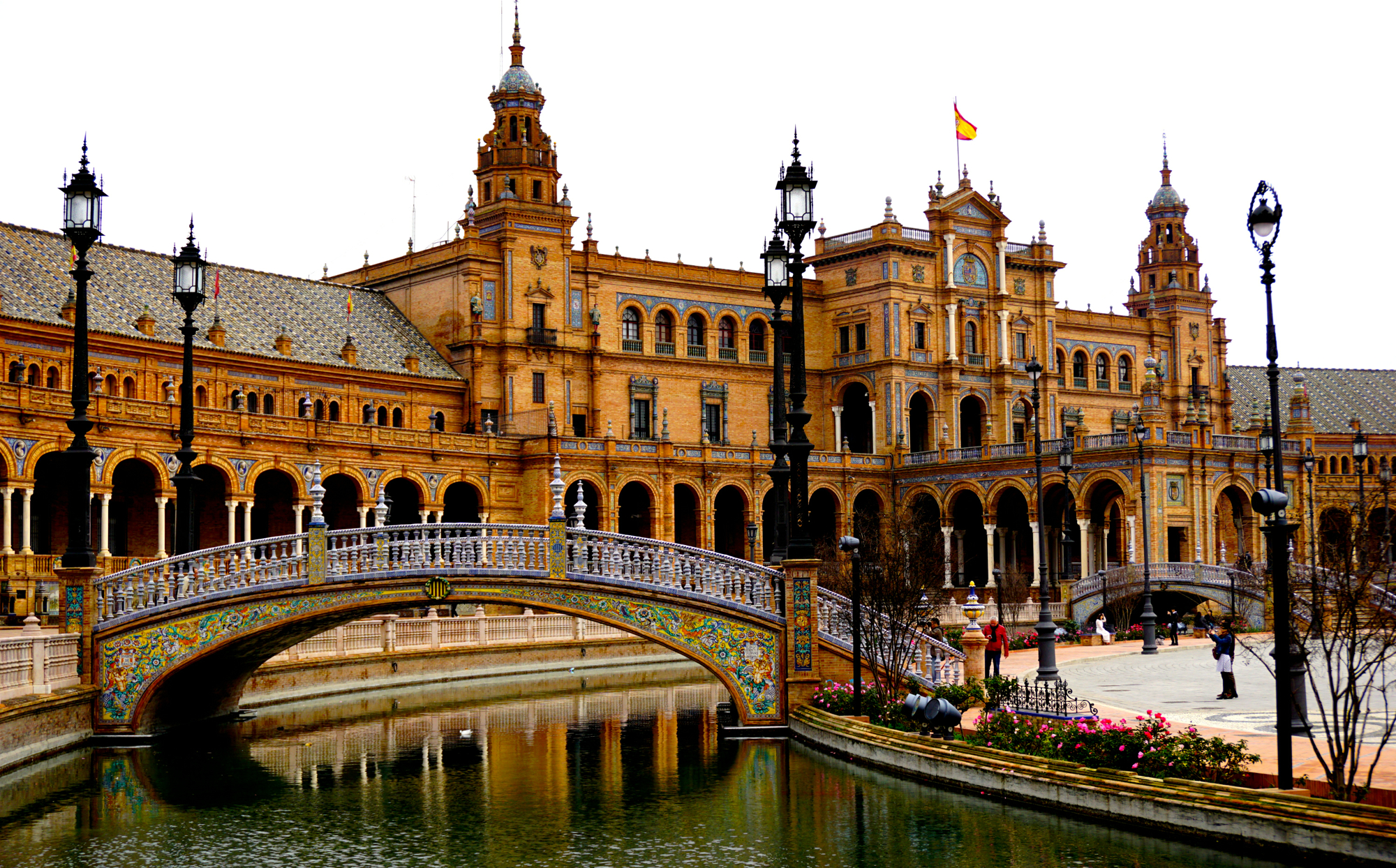 Seville , or Sevilla as it’s known in Spanish, and I didn’t get off to the greatest of starts. I arrived at my hostel in Seville from Madrid practically hallucinating with fever. Hence I spent my first 24 hours in Seville sleeping. I’ve never slept so much in my life, but the time I woke up on the morning of my second day in Seville, I had some energy to explore the city.

But despite feeling better I was still pretty weak for the rest of my stay in Seville. There was so much I wanted to see and do that I didn’t get around to, simply because my body didn’t have the energy levels for full days of exploring.

I really feel like I need to return to Seville to properly do it justice. By the end of my short two days of exploring, I felt like Seville was the kind of city I could fall in love with, given more time to actually experience it!

My first official day of exploring in Seville started with one of the best free walking tours of my whole time in Europe. I do a walking tour in practically every city I visit. It’s a great introduction to the city and helps plan the rest of my time in a city.

But the one I did in Seville is still the best, all thanks to our amazing and interesting guide. Medi was funny, entertaining and had a wealth of information on the history of Seville and the various monuments and places we visited. Given my lack of time, this walking tour became the most that I saw of the city.

Some of my favourite parts of the walking tour and of the city of Seville itself were:

The Palace of San Telmo

This beautiful Baroque palace was owned by the Maria Luisa, the younger sister of Queen Isabella of Spain, and her French husband. Upon her death she donated the majority of the surrounding gardens for public use and they can still be enjoyed to this day.

At the edge of the Maria Luisa Gardens is one of Seville’s most beautiful places, Plaza de Espana.

This beautiful square was built in 1929 for the World Expo and is perhaps most famous as a film location for Star Wars. Whilst I’m not a Star Wars fan, I’m sure all of you diehards out there can recognise it.

Around the semi circle square are tiled alcoves, that represent all of the provinces of Spain. So not only can you take pretty pictures in this plaza, but you can learn a little about the history and makeup of Spain.

You can also pay to take a boat/gondola ride along the river.

The Cathedral of Seville

The Cathedral is one of the few buildings in Seville that is UNESCO listed. It’s a stunning representation of Spanish architecture. The more of Spain I started to travel, the more I realised how unique it was from other parts of Europe, especially when it comes to buildings.

The Cathedral is particularly imposing and marks the centre of the old town of Seville. I didn’t have the time to go inside, but I did content myself with wandering around the building and marvelling at the different designs and facades.

My biggest regret about my trip to Seville was not having the time to go inside and see the Alcazar. So many people that I’ve talked to rave about how amazing it was.

But I just wasn’t feeling up to it during my trip to Seville and its probably a good thing I didn’t make a half hearted attempt to explore it.

This is on the list for my return trip one day!

I’d been told that I absolutely couldn’t leave Seville without experiencing a flamenco show. Whilst most associate flamenco with dancing, it’s actually made up of three different art forms; dance, guitar playing and song.

Flamenco is unique to the Andalusia region, and is closely associated with the Romani (gypsy) people of Spain and is thought to have sprung from the Moorish influences in the region. It’s also added to the UNESCO list as protected art form under the ‘Masterpieces of the Oral and Intangible Heritage of Humanity’.

I arrived early to the show so I could grab a seat right at the front. The theatre was small, so wherever you sat you had the feeling of being very close to the action. The show was made up of four performers, a guitarist, a singer and two dancers (one male and one female).

During the one hour of the show we were treated to different types of flamenco dancing, flamenco song and flamenco guitar playing. It was like nothing else I had seen before and a wonderful cultural experience.

Whilst I love exploring towns and visiting monuments, it’s always great when you can get to know a city in a different way. And a flamenco show was definitely one of those opportunities.

Given the strong Moorish influence in Andalusia, Moorish or Turkish style baths are a part of the Andalusian experience.

Spending a day at the baths seemed like the perfect opportunity to give my body the rest it needed while also not missing out on a great experience.

The spa I visited (Aire de Sevilla) included baths of different degrees, a spa bath, a Turkish sauna and a normal sauna and a bath full of a variety of massaging jets.

I spent two blissful hours floating in the salt and letting it seep into my blisters, soaking my weary body in hot water and blasting the sore parts of my back with the jets. It was heaven.

I was not happy to be getting out after two hours, that’s for sure. Next time I go I’ll definitely be booking in for one of the massage treatments that you can get as a package.

Whilst I didn’t have a huge appetite during my stay in Seville, I did think it wasn’t a bad idea to get some much needed vitamins and protein into my system by eating one of Seville’s popular dishes; espinacas con garbanzos- spinach with chickpeas.

It doesn’t sound particularly exciting but it’s actually super delicious. The spinach is cooked and seasoned in a way that is super creamy. It almost has the texture and creaminess of an Indian saag curry. I went back two days in a row to eat it!

Spain is one of my favourite parts of Europe, especially Andalusia. Hence I’ll definitely be back to give Seville another go. I can’t wait to see what more this city has to offer!