Flying Through the Trees in Chiang Mai 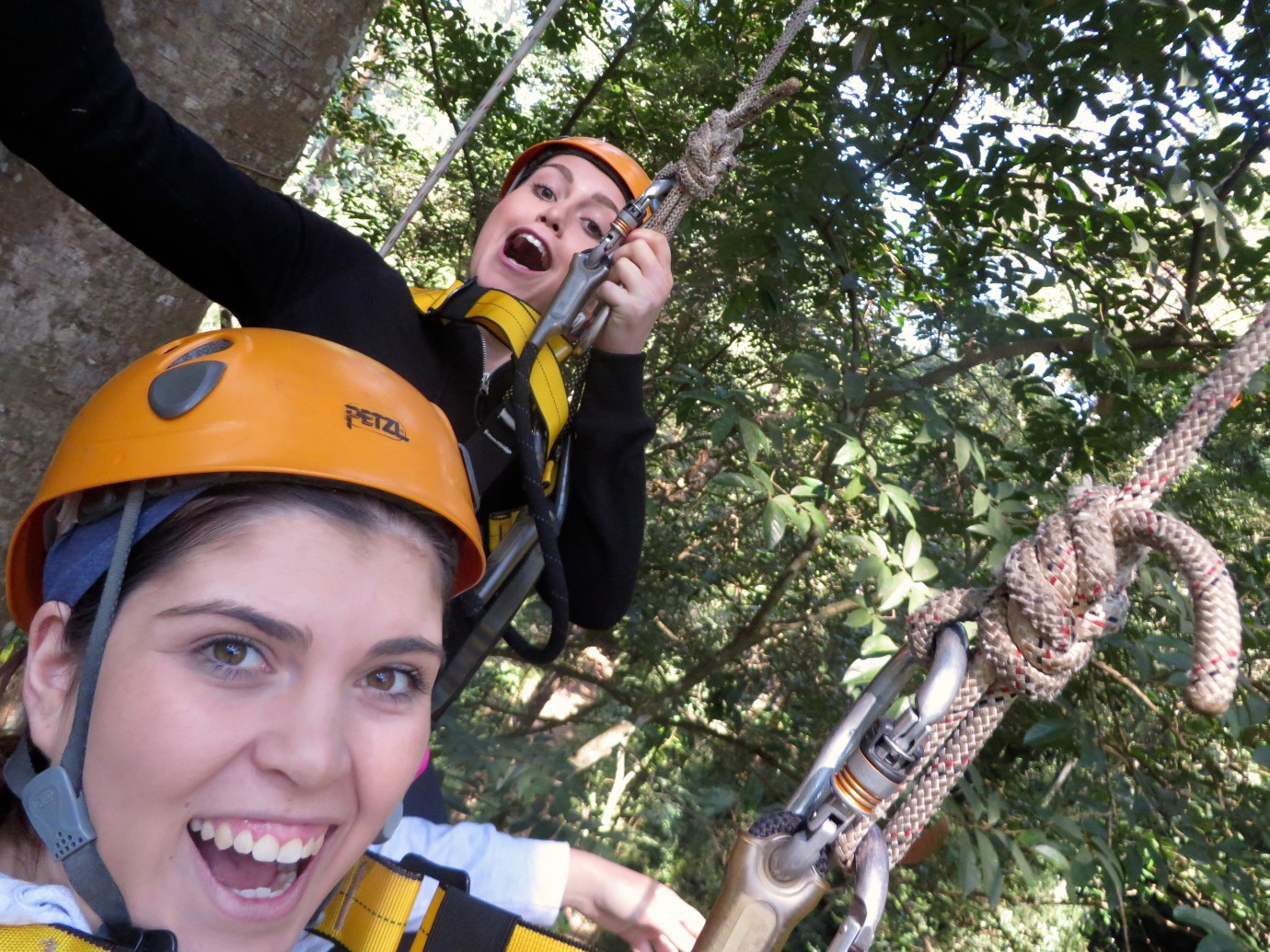 I’d happily admit I’m very afraid of heights. However one thing I have learnt about travel is that it pushes your limits. You do things that you wouldn’t necessarily do in the comfort of your own country and as long as its safe it’s one of the great things about travel.

I’ll also admit I’m not the most sporty or exercise conscious person. I’ll be the unfit mess heaving up the hill thinking to myself ‘why the hell did I think a trek was a good idea?’. Thus ziplining seemed like a much easier way to see the rainforest surrounding Chiang Mai then the alternative which was an overnight trek through the forest. I don’t think my body was quite ready for that.

We went with a well known company called Flight of the Gibbon. It’s by far the most expensive ziplining company in Chiang Mai but it also has the best course according to most, and most importantly it is the safest. Flight of the Gibbon clearly states that it won’t ‘race to the bottom’ on price because that would mean having to sacrifice safety.

We were picked up at the early time of 6am by the company and then drove about an hour and a half up into the mountains to the course. On the way we were shown a safety video highlighting important safety rules- you want to pay attention to this. The same rules were repeated to us as we were harnessed up, and right before we started the course. The beginning of the course is about five minutes from the main office- you put all your gear on- your harness and helmet and then stow away your values in a locker before being transported. It was also really cold when we arrived- being up in the mountains and early in the morning- I had two jumpers on and pants and I was still cold so come prepared!

I was pretty scared at the first zipline- we were very high in the canopy of the rainforest. However the first two ziplines of the 17 zipline in the course are designed to ease you into it. Before long I was forgetting about how high we are and having awesome adrenaline filled fun flying through the rainforest. I think it helps that the trees block your view of the ground because even though you can tell how very high up you are you can’t see the hard ground below and that makes it slightly better.

This course is lots of fun but its also a great way to see the rainforest. The groups are paced out and rather small- I think there were about 12 in our group so we had the peace and quiet between ziplining to just listen to the sounds of the rainforest. We also saw beautiful plants, trees and evidence of the small human involvement in the rainforest- tiny, rickety bamboo ladders attached to some of the trees that the locals use to collect honey once or twice a year.

But the highlight was being able to observe a whole family of gibbons. These monkeys were so gorgeous and it was amazing to see them jumping through the trees. This didn’t feel staged like the monkeys I have previously seen that come through the trees knowing food is waiting for them from the hoards of tourists. These monkeys were just in their own natural environment and couldn’t care less whether we were there or not.

We loved our day ziplining with Flight of the Gibbon. The course was so varied- with long ziplines, fast ziplines, tandem ziplines and even abseiling that we didn’t get bored at all. The natural setting that we did in it made it even better.

After finishing the course with a very huge abseiling drop down to the car we had a big lunch between going to a local waterfall. The waterfall was huge and it seemed like we kept walking further and further up. It seemed I wasn’t going to avoid the huffing and puffing up the hill trek after all.

If you are like me and the thought of an endurance trek just is not your thing then the Flight of the Gibbon zipline is the perfect alternative. You’ll test yourself with some adrenaline filled fun and also get to see the awesome rainforest and gibbons!