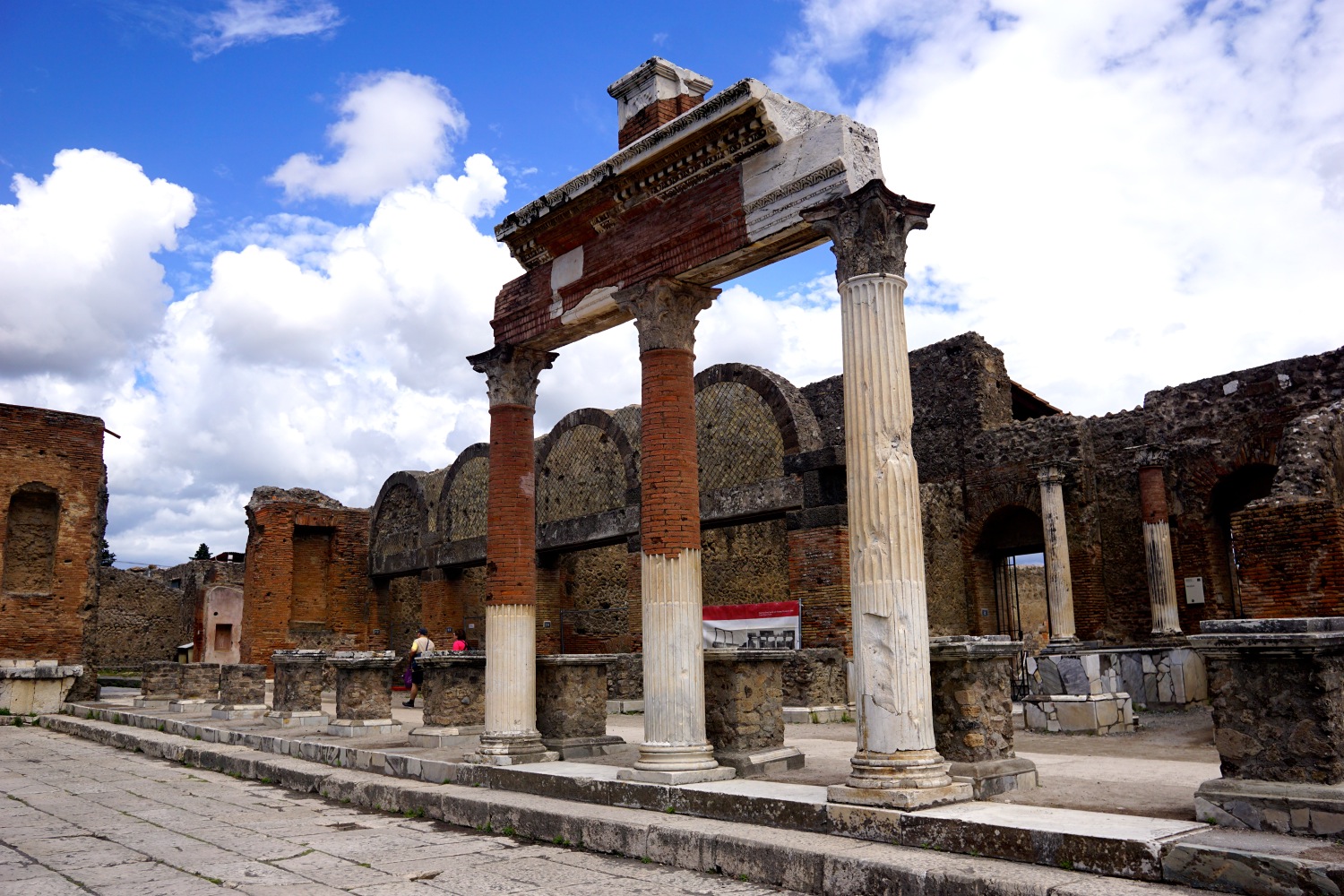 History has always been one of my favourite classes. I was always enthusiastic about doing extra readings, finding books with different stories on the topics we were currently studying and finding everything I can on a certain topic. Some topics drew me in more than others, and one of those topics was the history of Pompeii.

From the moment we started studying it in class, I developed a morbid curiosity about the events of the Mount Vesuvius eruption that destroyed a city. I watched documentaries, I read books particularly those outlining the personal story of a citizen of Pompeii, and I became just a tad bit obsessed.

However cliché it might sound, finally being able to visit the archaeological site of Pompeii was seriously a dream come true. It was a huge bucket list item ticked off my list; akin to other experiences I’ve had such as seeing the Northern Lights in Norway.

The history of Pompeii is amazing not just because of the eruption and the fate of the people living in the town, but mostly due to the fact that the whole town and its buildings are perfectly preserved. Being buried under layers of volcanic rock and lava is apparently a fantastic method of preservation. No wonder Pompeii is an archaeologists dream.

The first thing to note about Pompeii is how huge it is. It’s easy to tell that it was once a city given the sheer size of it. Given this size and the fact that Italians are tight and don’t want to spend any more than they have to on security, different houses in different parts of the city are open for exploration at different times.

We didn’t have a huge plan for Pompeii- I didn’t spend hours researching which houses I wanted to visit, or what parts I was going to prioritise. Instead we just explored the houses that were open, and didn’t go into the opens that weren’t open.

We entered at the gate near the amphitheatre, which I think is the back gate. It’s also the schools entrance, which was a bit frustrating. As is typical for most historical places in Italy, the school groups dampened the experience.

The historian in me acknowledges that it’s a great teaching exercise to be able to bring students here, but the part of me that actually wanted to see the site didn’t appreciate having to wade through hundreds of students that wouldn’t move over and make room, that were making an insane amount of noise and that clearly weren’t being properly controlled by their teacher. I felt like a bit of an old lady with how grumpy it made me feel!

But while frustrating, even hundreds of screaming kids couldn’t ruin my time visiting Pompeii.

We entered the site directly between the Porta Nocera, an old roman gate and the spectacular amphitheatre of Pompeii. But what was most interesting about this part of the historical site was the recent bodies that they had uncovered and excavated. It is posited that these are the bodies of people trying to escape to higher ground and to the sea through this part of Pompeii.

It was both a reminder of the tragic history of Pompeii, but also an indication that historical work is still being done in this area. Outside of the barriers of the tourists areas there are many archaeologists still conducting excavations and uncovering new discoveries.

Close to the amphitheatre was one of my favourite houses in all of Pompeii, the Villa di Giulia Felicia, mostly because some of the frescos inside were still in tact. Whist the houses of Pompeii were entombed by the eruption, they were later subject to poor excavations and stripped of precious materials and objects.

Some houses are in better shape than others, mostly because they were dug out or discovered later, when Pompeii was truly protected as an historical site.

In this house, you managed to get a glimpse of the how decadent it would have been all those years ago. The colourful decorated walls, the garden that has been recreated here and the different rooms all hint towards this being a formidable home.

From Villa di Giulia we continued on to one of the main streets in town. Whilst I’m uncertain whether it was the hub of the city all those years ago, it is definitely the hub of the historical site of Pompeii, as it’s the major road that connects many of the houses.

If you are a huge planner, that has marked off specific houses and specific places on the map that you want to visit, you might need to be prepared for some disappoint. The whole site of Pompeii is never open. Some houses are closed off for excavations, whole streets and blocks are cornered off while historians do their work or restorations are happening, and some of the houses only open at certain times.

Thus the best plan for a visit to Pompeii is really to have no plan at all. Just simply walk, stumble into homes that are open, stop to read the information boards that are available and get totally lost.

In a way I’m giving the same advice for Pompeii as I would for exploring any old town or city in Europe. And that is really because Pompeii is so well restored and so huge, that you should treat it the same as exploring a small village like Bamberg in Germany, or Albi in France.

Of course there are a couple of places you shouldn’t miss. Such as the amphitheatre, the Scavi de Pompeii (the main square of Pompeii located next to the cafeteria) and the forum.

Wherever the path takes you in Pompeii, you are bound to stumble along some incredible sites and ruins, and learn a lot about the history of this town- before, during and after the disaster that befall it.

How Do I Visit Pompeii? (Practical Information)

Pompeii is accessible by train from both nearby Naples and Sorrento on the Amalfi Coast. If you are heading down to the Amalfi Coast from Rome it makes the most sense to detour to Pompeii on the way. Spend a night in Naples, eat really good pizza and then spend the next full day exploring Pompeii.