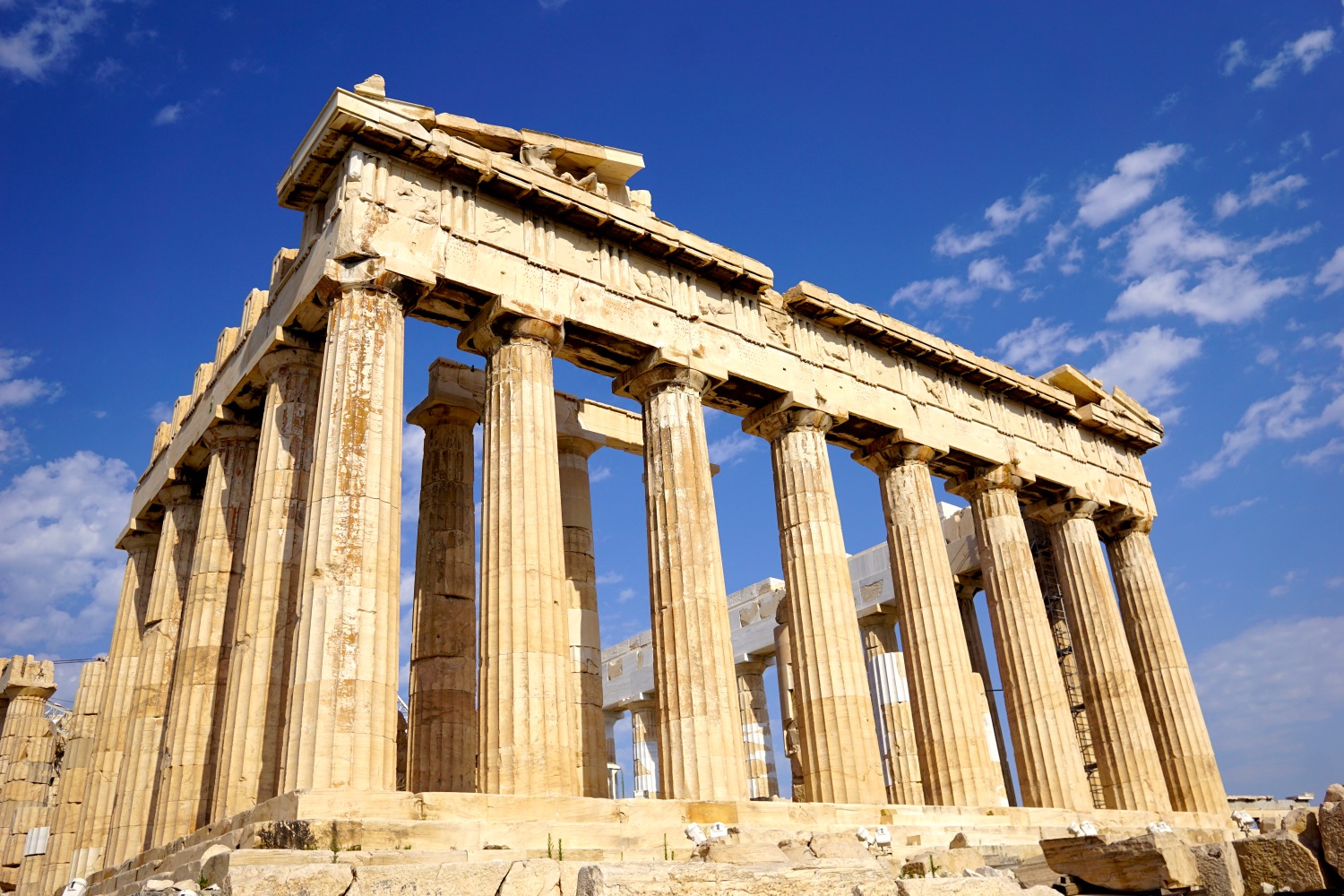 I usually don’t write purely practical lists. I aim in all my posts, to make you guys understand how a place affected me personally, rather than list off a shopping list of things to do and places to eat. But in regards to this particular topic, I feel like a practical post is necessary to help future travellers in need.

Flights between Croatia (or nearby countries) and Greece are expensive, especially now that so many people want to avoid Istanbul . So I’m sure I’m not the only budget conscious traveller that sought to head overland on cheap Eastern European buses instead.

Although I was able to find some information on the best and cheapest way to get to Athens, I feel like a succinct blog post will be preferably for all of the backpackers coming after me. So the primary purpose of this post is to provide practical information. Although as always, you can expect some of my personal experience to be thrown in there too.

This journey works best (and is going to kill you less) if you make stops in both Kotor and Tirana. Going straight from Dubrovnik to Athens is probably too much, and I’m not sure the times would match up either. I made a stop in Kotor for three days between Dubrovnik and Athens, but I really wished I had stopped in Tirana for longer than an hour! Don’t make my mistake- unless you are in a super rush, you’ll thank me if you spend at least a day in both Kotor and Tirana.

Dubrovnik to Kotor is definitely the easiest part of this journey. There are multiple bus departures a day between the two cities, and you can even book tickets online. Although make sure you have some Croatian money or Euros left on you, as it is slightly extra for your bag to come along with you.

The public bus is easy, cheap and has multiple departures, but you can also consider grabbing the shuttle run by Montenegro Hostel between Dubrovnik and Kotor. But they do need four people to operate.

I tried to book the shuttle, but no one else had booked it so I ended up on the bus instead. In hindsight, the bus probably is more comfortable than being squished in the back seat of a normal sized car.

The bus was easy enough, as were the border crossings. Just try not to freak out too much when someone hops on the bus and takes your passport- twice! Once at the Croatian border and once at the Montengrin border- my passport made it back to me thankfully.

There are two ways to get from Kotor to Tirana. The Old Walls Hostel runs what is now a public bus of sorts- a large bus that runs once a day between Kotor and Tirana, leaving at (find the time). The disadvantage of this option is that buses can often have long waits at the borders, although the advantages are clearly the space a bus affords, and the fact that departure is guaranteed.

The option I went with was to book the shuttle with my hostel, Montenegro Hostel. They offer a shuttle even day from Kotor to Tirana. But it’s the same deal- they need four people in order to operate it. Luckily, we had four for the day I was going. Also luckily, I managed to score the front seat of the car. I felt very sorry for the three people squeezed in the back, especially given how hot it was. Although the clear advantage of the car was that I didn’t have to freak out about my passport being handed over with a bunch of others.

For this reason, I’d probably recommend getting on the bus instead, especially if you are planning on stopping over in Tirana and don’t have to worry about missing a connection to Athens.

This is by far the hardest part of this journey, and the one with the least amount of information available. All I had to go on was a least of bus companies, times and approximate costs that was published on the website of Montenegro Hostel. The bus companies all had phone numbers listed, but I had no real way of calling them with no sim card in my phone.

None of them had website, although I was able to confirm at least two of the buses existed by sending them a message on their facebook page. That took some of the stress off me, because I knew there was going to be at least one bus I could catch.

The scariest thing for me was the knowledge that Tirana has no bus station. Instead the buses leave from out the front of their stores. Luckily, the large majority of the buses with connections to Athens leave from the exact same street in the centre of the city, Zogu I Boulevard.

Armed with this knowledge, I headed off towards this street and relieved to find shops with many of the names that I had seen on the bus list. According to this list, some of them leave at different times, some of them have different prices, and some of them take longer than others. I didn’t use any of this information to make my decision about which one to catch, I didn’t even hop into the shop of the first bus company I recognised.

As soon as I spotted Likometaj, I headed there. They were one of the only bus companies that had responded to my Facebook message, and a part of me felt I had to reward them for taking my stress away by at least guaranteeing me that the bus existed. I was also able to learn from them that only two of their three departures listed on the bus list operated.

The other reason I hopped on Likometaj, was that I knew from their facebook page that they had free wifi on board. Something that seems very important when you are facing 16 hours on a bus.

The bus was comfortable enough, we were given bottles of water and the wifi worked. I was the only English speaker on the bus, the majority of people coming either from Albania or Greece. And I was only slightly devastated when I found myself having to sit next to someone. Overnight bus trips are far more bearable when you have two seats for yourself!

The border crossings weren’t the greatest. We waited about an hour at the Tirana border, which freaked me out because they took my passport away. I was relieved to see that one of the bus drivers (there were multiple for safety reasons) was handing them out, rather than them being sent back.

At the Greek border we all got off the bus and had to enter a building and pass through it. I was the only Australian passport and was called first, so I got to spend lots of time in the café on the other side of the border, eating some much needed dinner!

Once we got across the Greek border there wasn’t much to do but try and get some sleep. If backpacking has taught me anything, it is that I can sleep absolutely anywhere. It didn’t take me long to fall asleep, only waking up when I got too hot. Clearly the air conditioning was temporarily out.

Luckily I woke up just in time to take a desperate whats app call from my sister, who was at the airport in Melbourne trying to catch a flight to Europe. I had paid for her flights on my credit card, and they weren’t going to let her board if she couldn’t present the card. Given said card was cut up in pieces after being scammed, they thankfully settled for a bank statement. Thank god for my choice to hop onto the bus with wifi! And for overnight bus journeys in general, I might not have woken up for the call if I was safely tucked into my hostel bed.

Website to Book: You need to book this ticket when you arrive by sussing out one of the travel agencies that operate buses, most of which can be found along Zogu I Boulevard (right near the Ministry of Justice). The list provided by Montengro is not exactly accurate but I can confirm that Likometaj have a 2pm bus and that Albanian Interlines, KLID Balkan Interbus and Osumi travel all have overnight departures and are located along the street. It will be heaps easier if you stopover in Tirana, even if only for a night, as you’ll have plenty of time to get organised.

We arrived in Athens in front of the Likometaj store just before 6am. It was already 30 degrees! The store was close to a metro, and it was easy to catch the subway into the very centre. Luckily I was able to check in to my Airbnb by 9am, something I’ll be eternally grateful for my host for! That meant I only had to stick it out in a café for two hours before I could grab a shower and a nap.

If you want to check out the stunning cliff monasteries and aren’t going to hop on a tour like I did, you can get pretty close to Meteora without backtracking all the way down to Athens. There are apparently buses that run between Tirana and Kalambaka. But there is even less information about this connection, so if you are planning on heading to Kalambaka, a stopover in Tirana to sort things out would be essential.

Looking for Places to Stay on Your Overland Trip?

If you are breaking your trip up with stops in Dubrovnik, Kotor or Tirana, I’d suggest looking on Booking.com for some cheap hostels for the night. It will be far easier to prebook this accomodation then arriving, given that overland travel can be unrealiable and you might arrive late at night. You might also want to check out AirBnB.

Should you go overland?

Given how much money I saved, and the fact that I desperately wanted to see Kotor, I was more than happy to make this journey by bus instead of plane. It’s not a decision I regret. It felt like an adventure, it was cheap and I got to see some interesting things along the way!

The Island of Ios, So Much More Than a Party Island