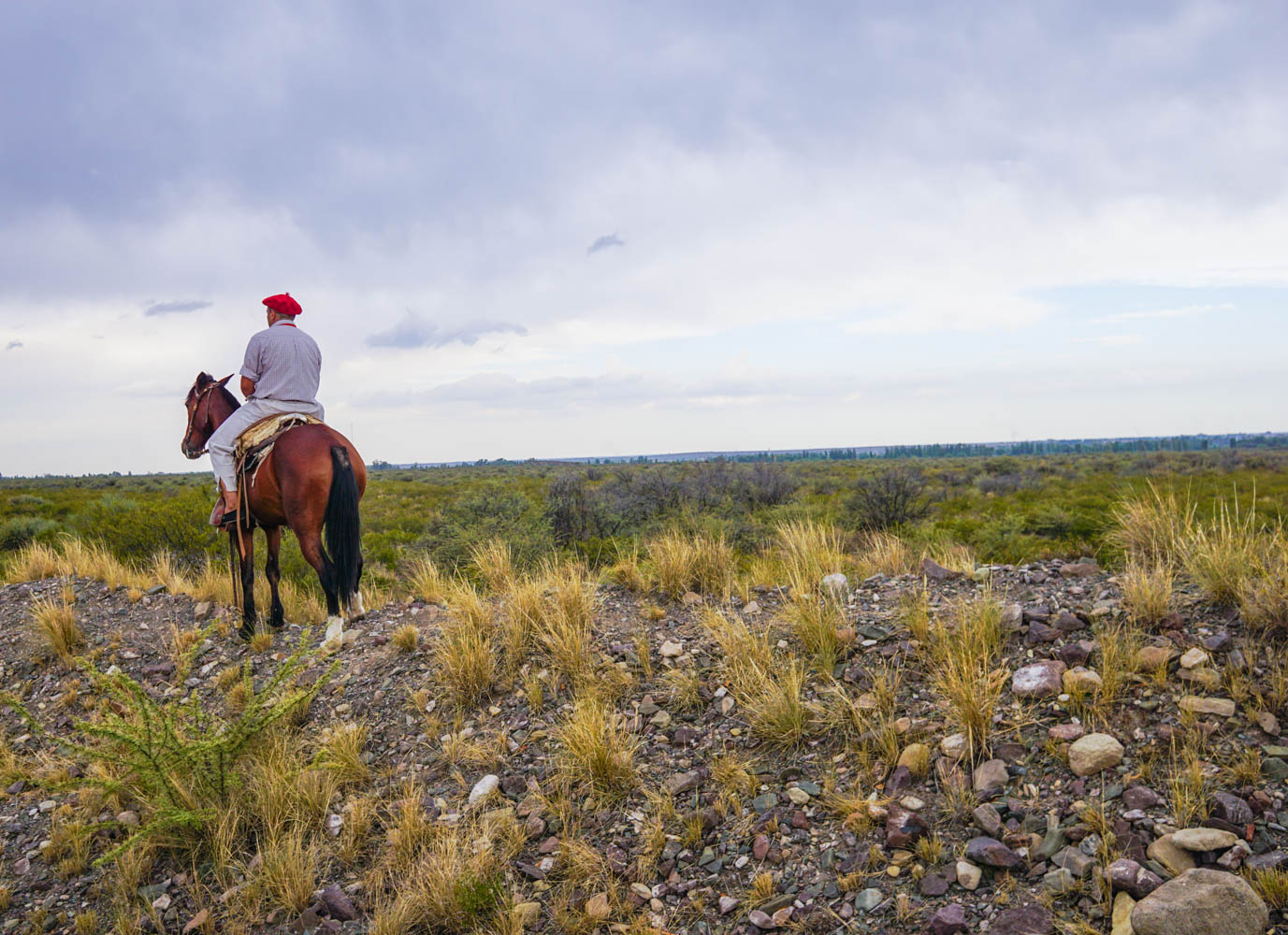 There are so many incredible places to visit in Argentina. We could easily have spent a month in the country and still hardly scratched the surface on what it had to offer.

But for us, Argentina was basically a stopover. We needed to get to Rio in Brazil for Carnivale and the cheapest and easiest way to do that was through Argentina.

Whilst I only spent a week in the country, I really enjoyed the culture, food and most importantly- the wine.

Mendoza was our first stop in Argentina. We arrived early in the morning, after the worst border crossing I have ever had on the Chilean/Argentine border. The whole crossing must have taken close to four hours, but luckily, we spent most of the wait still on the bus and for the most part; asleep.

Even though we arrived rather tired, we only had two days in the city so after a quick freshen up we headed out to explore.

There isn’t a lot of landmarks or sites to explore in the city of Mendoza itself, but it is still a nice city to wander around. We enjoyed stopping for an Argentine breakfast in the cafes on the main pedestrian streets, and wandering around the parks and public spaces and people watching.

In the afternoon, we headed back for a quick shower and nap before leaving on a horse riding tour. A horse riding tour in Mendoza was something that I had been recommended by almost everyone that had visited the city. So as soon as we checked into our hostel we booked ourselves on one for that very afternoon.

The tour advertised by the hostel included a horse ride, some time by a pool on a cool rural property and an all you can eat and all you can drink Argentine Parilla (barbecue) with all kinds of meats and bottomless Argentine wine. They had me convinced as soon as they mentioned wine so we immediately signed up for it.

The property where the tours began was incredibly gorgeous. One of the big reasons to do a horse riding tour in Mendoza is the scenery. The property was surrounded by small mountains and vineyards which were simply stunning.

Upon arrival, they split us into two groups as they didn’t have enough horses for all of us. We were in the first group to go for a ride while the other half remained behind to make use of the pool and go visit the various other animals that could be found on the property such as pigs, chickens, rabbits, dogs and my personal favourite; the cats.

The ride lasted about an hour and for someone with little horse riding experience it was very easy. The horses are all incredibly well trained and to my relief were obviously very well cared for. It was a great experience, especially because of the surrounding scenery and the setting sun.

The small disadvantage of being in the first group was that by the time we arrived back from our ride, it was getting a bit too chilly for me to be enticed into a swim in the pool. Luckily, we could convince the staff to let us get started on some of the free wine early. So, I was more than content to sit by the pool with my feet in the water and a glass of wine in my hand.

We also got to watch the staff get started on the Parilla, traditional Argentine barbeque. By the time the others returned and we got around to sitting down to eat the meat we were well and truly starving. And more than a little tipsy from all the free wine.

The meat was delicious but we faced the same problem that would become a common disappointment in Argentina. While Argentina has incredible beef, they unfortunately like to cook the hell out of it. Trying to get beef that is not cooked well done is difficult. Given I will only eat steak if its cooked rare (medium rare at most), this made it hard to enjoy the Argentine beef and Parilla to the extent that others had.

But it was still delicious, especially when I could find bits that were pinker than others. And of course, the bottomless wine went down super well. Argentine wine, especially that which is produced in Mendoza is incredible. When it was time to go we basically had to be rolled into the minivan to get home to the hostel.

Wine – the Breakfast of Champions

Mendoza is known as being one of the best wine regions in South America, so a tour of some of the wineries is a popular activity. Most people take the train or bus slightly out of town to the start of the wine region and hire bicycles to cycle around to the various wineries most of which conduct tours and tastings for a small fee. We were a little short of time so we decided to just head to the one winery and use a taxi to get there from the train stop. We headed to the famous Domiciano winery.

We skipped breakfast because we had thought we might be able to get a nice meal at the winery. Being from Australia, I was used to most wineries having a kitchen attached to them and my research online had said that the winery we visited did serve food. But when we arrived the kitchen was not open for business and we suddenly found ourselves starting a winery tour and tasting on an empty stomach.

But who needs food when you’ve got wine? The tour itself was great- someone took us around for a tour of the cellars and various other parts of the winery while giving explanations about the process used to create the wine. Of course the highlight was when we finally got to sample the wine. The tasting included five wines and all of them were delicious.

After the tasting was over we decided to buy a couple of bottles of the Malbec. We all agreed that it was our favourite of the bunch which wasn’t surprising given Argentina is famous for its Malbec wine.

We discovered that while the winery didn’t serve food they did serve some sort of cheese, meat and antipasto platter so we ordered that and promptly popped open a bottle of our newly acquired wine. The other bottle travelled with us to Buenos Aires to enjoy.

I would have loved to have more time to explore more of the wineries. I think it could have been interesting to get back on a bicycle between the tastings, especially considering I left just one winery already feeling slightly lightheaded.

But alas we had an overnight bus to catch. Buenos Aires awaited us.