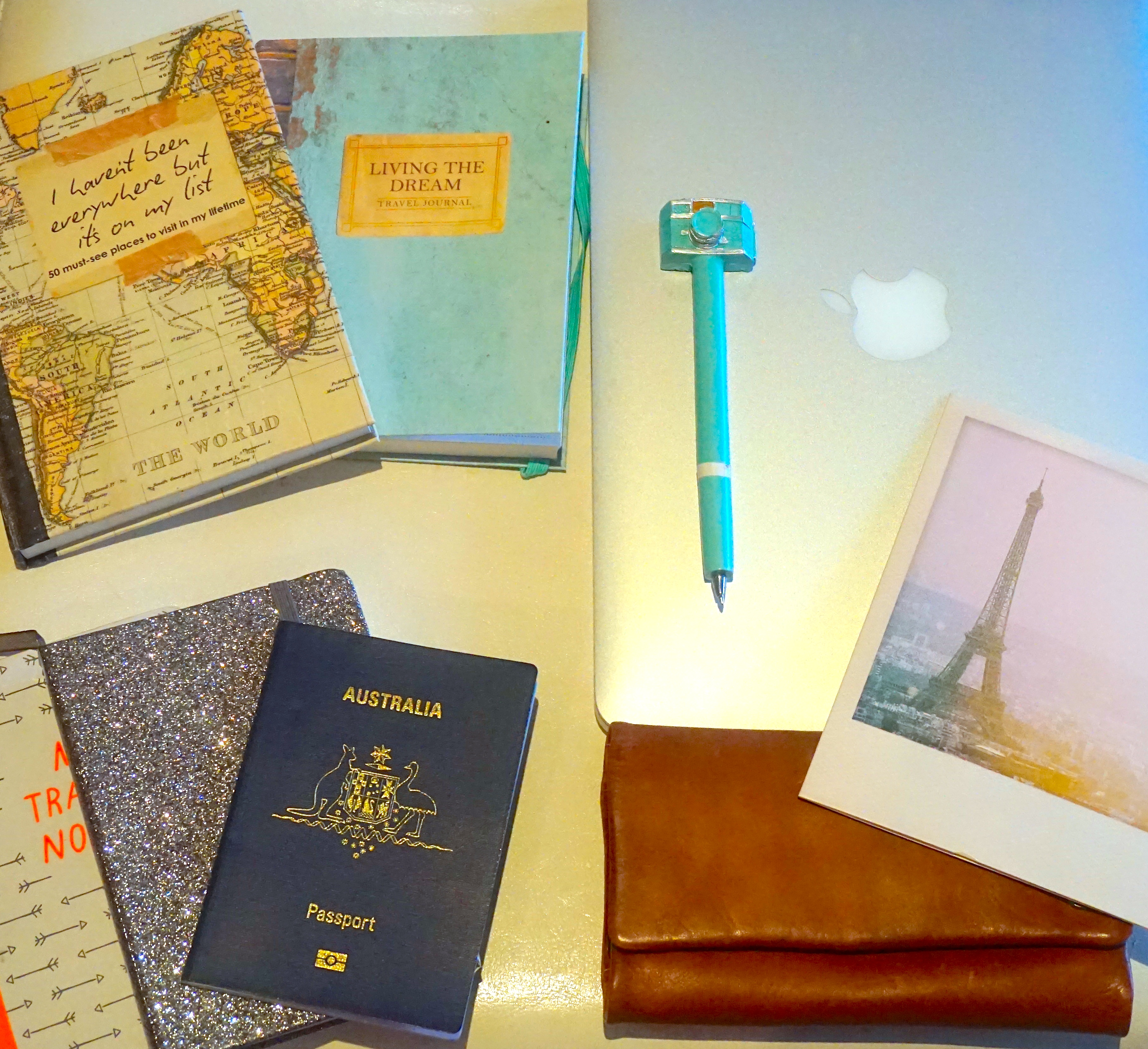 As an Australian I have a lot of “White Passport Privilege” when it comes to travelling the world. Most of the places I have visited haven’t required me to get a visa. Or if I’ve had to get a visa I’ve been able to do so on arrival in a largely straightforward process.

With the exception of a few countries like Brazil, Russia (which I’m actually not going to anymore because of difficult visa requirements), Argentina and Turkey, very few countries on my upcoming trip to Europe, Central and South America require me to get a visa.

Most of the countries on my list offer between 30-90 days visa free on my Australian passport.

But the one sticking point in my big travel plans was the pesky Schengen rule.

Whilst as an Australia I don’t have to apply for a visa to the Schengen Zone, I am limited by the rule that says in any 180 day period I can stay no longer than 90 days.

Basically what this means is that anytime I enter the Schengen zone, border control officers need to be able to look at the 180 days before that day and not count more than 90 days in the zone on my passport.

Back before the European Union and the Schengen Zone, Australians never used to have any problems backpacking Europe long term, most countries gave us between 30-90 days each.

But alas the Eurozone strikes again and given that there is no border control between Schengen countries, there is instead a blanket 90 day rule over the whole zone.

Considering there are only a handful of countries on my list that don’t fall within the Schengen zone, the only way to extend my stay in Europe was to either stay illegally and risk being permanently excluded from the zone, or get an extended visa for one of the countries.

Note: The following advice is for Australian passports only but may be useful for countries like New Zealand and Canada that have similar arrangements. This information is current as of 5 November 2015.

What is a Working Holiday Visa?

Working Holiday Visas are visas that allow travellers to stay for usually up to a year in a country, and work in order to supplement their travel funds.

They are usually intended for young people and are limited by age (most set an age limit of 18-30).

Working Holiday Visas are reciprocal; we have similar deals allowing the young people of many countries to come into Australia under similar arrangements.

I’m pretty sure we also have an agreement in the works with the US but I’m not sure on its status at the moment.

As you can see, there are a fair few options for countries in Europe. After a lot of research I landed on France, mostly because they are the only country that doesn’t require you to do something extra when you enter the country like apply for a residency permit.

The only requirement is to obtain the visa before you leave and then enter the country on it and get it stamped.

You will need to obtain a work permit in country if you plan on working, but, as I have no real intentions of seeking work that wasn’t an issue for me.

However the bureaucracy of countries like France is notorious and it lived up to its name when it came to the pretty stressful and complex process of getting a visa.

To make it easier I’ve prepared a step by step guide and checklist for getting this visa with little to no hassle.

So How Do I Get a French Working Holiday Visa?

In order to be eligible for the French Working Holiday Visa you need to be:

Step One: Book an appointment at the Sydney Consulate online

Due to fingerprinting requirements you need to travel to the Sydney Consulate to lodge your application, regardless of which state you live in.

They can’t issue a Visa more than 90 days before your entry into France, thus don’t make your appointment too early.

I intended to apply in September, but because I was in Korea in July when all the dates were released I almost missed out on getting an appointment (I’m told this is one of the busiest times of the year). After obsessively checking the appointment calendar I managed to snap up what must have been a cancelled appointment for the 18th of September; 66 days between my intended date of entry.

I lodged my application on the 18th of September and my passport didn’t arrive under the 22nd of October so definitely don’t leave it too late!

I used the Jetstar Price Beat Guarantee to book cheap flights, and made a weekend of it by going to see Matilda, walking across the bridge and eating lots of food!

You need to have return flights booked to and from France. I already had my flight to Paris booked with my frequent flyer points.

However unlike other countries that only require a proof of funds, France required an actual return ticket. So I booked a fully refundable ticket with Qantas; they have a flex ticket which is super expensive but that didn’t matter considering I had every intention of cancelling it and getting all of my money back.

This was another stumbling block for me as the first 90 days of my travel are covered on my credit card at which point my free travel insurance with my university will kick in. Hence I didn’t want to pay for a year long policy that I didn’t need.

This was harder to find but after endless research I finally found a policy with Southern Cross Travel Insurance that would allow me to cancel for only a $35 fee so long as I cancelled before my trip started. I cancelled as soon as I got the visa.

If you are actually looking at buying travel insurance (because it is super essential), they are also pretty good value.

You need to have a police name check that is less than 3 months old at the time of the appointment. I ordered the Federal one just to be safe. It costs $42. You fill in an online form and it didn’t take more than a week to arrive.

Step Six: Gather all your documents for your appointment

You’ll need the following documents and items to lodge at your appointment:

1 x passport sized photograph pasted on to the form

1 x print out of appointment confirmation

NOTE: As you’ll be without your passport for what will most likely be at least a month it’s also a good idea to take a photo of it in case you need it for any other travel booking requirements.

Step Seven: Go to the appointment

Make sure you go to your appointment and you aren’t late. You can’t take anyone with you unless they have their own appointment.

It’s pretty easy and shouldn’t take longer than 15 minutes. You’ll be asked to show your passport to the security at the door before being let in.

I then had to wait for about 5 minutes before I got called up to what is essentially a bank teller sort of set up.

You’ll shove all your documents under the little slot, the person there will check them all (and if you are paranoid like me send all the extra copies back through the slot to you), take your photo and fingerprint you.

They’ll then ask for payment (I think mine was $157 AUD with exchange rate at the time) and give you a receipt for the application and payment.

The wait was probably the most stressful part of the whole process. During the more than four weeks it took for my visa to arrive in the mail I managed to convince myself that I had put the wrong date on my form, that they had lost my application and that it was going to arrive rejected.

I sent three emails off and none of them got a reply (you can’t call the visa part of the French embassy). But after four weeks of waiting my passport arrived in the mail. No letter attached or any peep from the embassy. Just a passport with my visa, properly dated and filled out in it.

Relief is an understatement.

I haven’t quite got to this step yet. I’ll update this post with any specific requirements upon entry!

UPDATE: I’ve since spent 11 months in Europe (and most of it in the Schengen Zone) with no issues. I wasn’t asked a single question by French authorities upon entry and I never got asked about my visa by any Schengen authority whenever I left or entered the zone. I also only entered from once. The rest of the time I entered or exited from other Schengen countries (Slovenia, Greece, Poland, Hungary, Germany to name a few) and had no issues. As soon as they saw the visa my passport was stamped.

I knew I had a million questions I needed answered so comment below and I’ll do my best to answer them!