How to Save Money on Transport in Europe 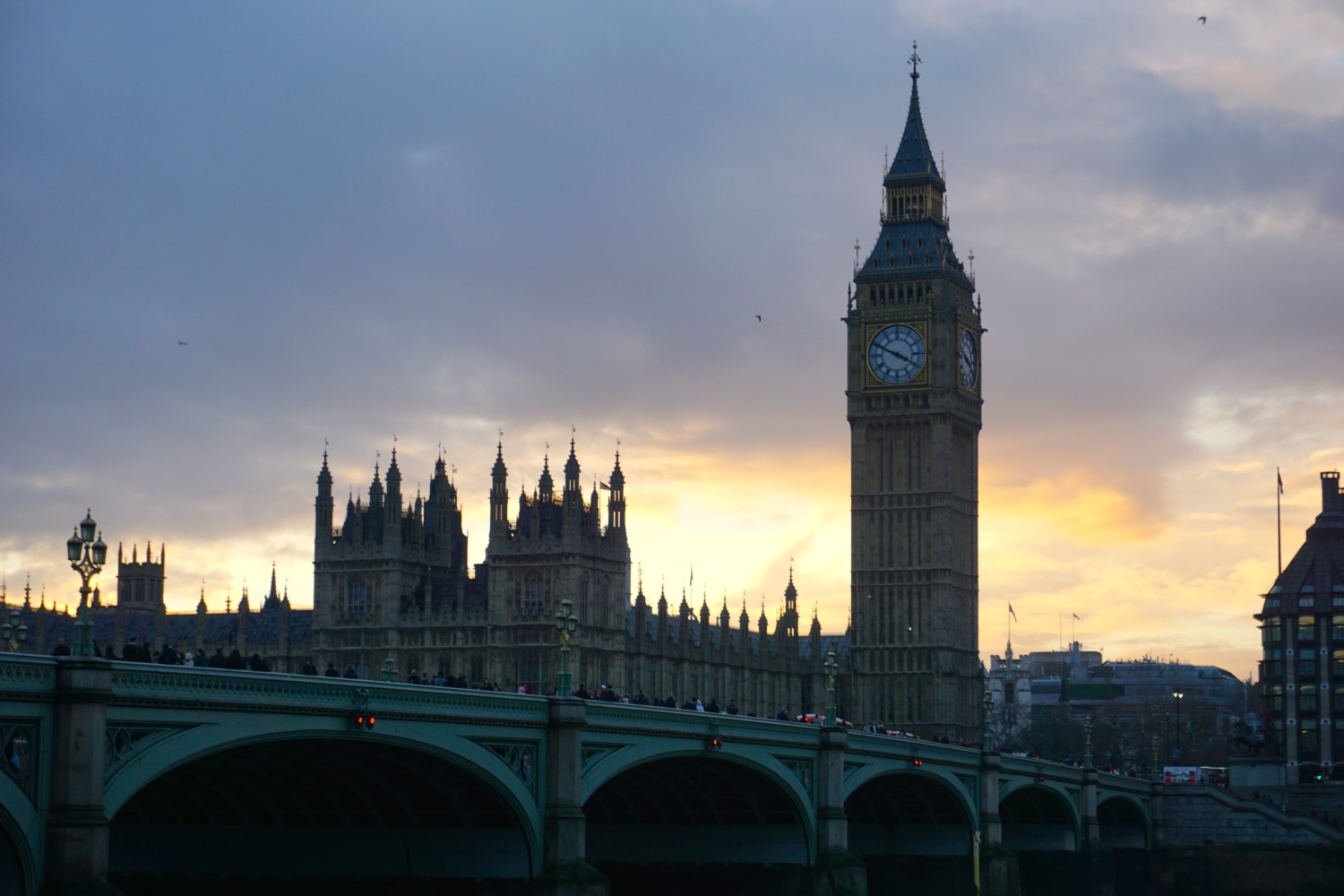 There is no doubt that Europe can be an expensive destination. In high season, most hostels in big cities can cost upwards of €30 a night, eating out for less than €10 can be difficult, and every great tourist sight you want to visit will probably slap you with an exorbitant entrance fee.

But one of the costs that can be hard to anticipate is transport costs. If you are planning a trip to Europe, chances are you want to travel between cities. Whether you are hitting the capital cities or just spending a month in a country like Spain, chances are you’ll be needing to get from one point to another.

After more than five months travelling Europe, I’ve managed to save hundreds of dollars on transport by using a few different methods and websites. So I’ve put together this quick guide on saving money on transport in Europe.

Europe is the original home of the budget airline. Ryanair, Easyjet, Eurowings, Norwegian Airlines, Wizzair, Vueling and Brussels Airlines are just some of the airlines that have stripped back their services in order to provide you with a cheap plane ticket.

You’ll have to pay extra for everything including luggage and food, but you can pick up some really cheap fares. I managed to fly from Pisa to Malta return for €30 and I only booked a month in advance!

The disadvantages of flying with a budget airline is you always have to worry about those hidden fees. If you forgot to check in online and print your boarding pass you’ll be charged upwards of €40. Moreover a lot of the budget airlines operate out of the minor airport of a city, which can often be further out. Thus you’ll always need to consider the cost (in time and money) of getting from the city centre to the airport when deciding if this is a cheaper option.

If you are someone that likes to remain flexible and makes plans very last minute, flying might also not be the option for you.

Train fares in Europe are well known for being exorbitant. If booked at the train station on the day of travel, fast trains can even be hundreds of dollars. However most national rail services offer cheap tickets if you book them in advance.

For example when I travelled from Chester to London in the United Kingdom I picked up an advanced sale ticket for 15 pounds. If I was to have bought the ticket on my day of travel, I would have been charged 81 pounds!

Similarly, I picked up €19 fares in Germany for most of my fast rail connections between cities by booking 90 days in advance. And in Italy I saved up to 50% by booking a month in advance.

One of the key factors is booking directly with the national rail company. So book through RENFE in Spain, or DB Bahn in Germany, or Virgin Trains in the UK.

The best way to make sure you get the cheapest fare is to set an email alert for when tickets come in sale. I often use the loco2 website for this (even if I don’t actually use this website for booking tickets).

The general rule is the longer you wait, the more you pay. But the catch is paying advance train fares limits your flexibility in your travel plans. Most sale fares require you to lock in a specific train, at a specific time between 90 and 60 days before you are going to actually travel.

If you are only spending a month in Europe and have your trip planned this isn’t going to be a problem. But maybe if you are travelling long term you don’t have this much organisation in your plans.

I personally, have only used this option when I’ve been assured of my plans. For example I knew I was spending Christmas with family in Chester and that I definitely wanted to go to London to celebrate New Years Eve. Hence I could lock in this train.

One of the cheapest ways to travel in Europe is by budget bus. In the last couple of years, budget bus companies have become more and more popular, especially given the rising costs of train travel.

Many of these bus lines have sales if you book in advance, but often even if you only book a couple of days in advance you can pick up a cheap ticket. For example I took Nettbus from Copenhagen to Oslo for the equivalent of $30, and I only booked it two days before.

Some bus lines are so cheap that it’s even worth buying the cheap ticket, because if your plans change you are only losing a couple of dollars. For example I bought a ticket from Paris to Brussels, two months in advance, with Megabus UK for 1.50 pounds. If you get these 1 pound tickets with Megabus, you don’t have much to lose if your plans change. Luckily mine didn’t so I was able to make this journey for $3 Australian!

The second benefit is unlike most trains, 95% of budget bus companies have wifi on board!

But be prepared for some long distances, buses can take twice as long as the train. The longest bus ride I’ve done so far is 8.5 hours. I don’t mind the downtime and find it really bearable; especially if I have my laptop and kindle with me.

Here is the list of every budget bus company I could find that operates in Europe, including the region in which they operate. You can find the full list of destinations and their route maps by clicking on the links provided.

These are only the ones I could come up with. I’m 100% sure there are more out there (message me or comment if below if you have one to add to the list).

Whenever I’m looking to get from one destination to another I always discover a new bus. The best way to find cheap bus companies is through a rome2rio search. Simply plug in your start and end points and they’ll list your different transport options.

Whilst not a specific form of transport, one way to save money while in Europe is to book overnight journeys on trains or buses. This way you can sleep on the bus or train and save money on a night’s accommodation.

If you are short on time but also want to save money on transport by catching long distance buses then it also saves time. Instead of spending 10 hours of your day on a bus, you spend the time you would have been sleeping.

This is now one of my favourite ways to travel around Europe. Blablacar is a ridesharing app/website. If a local (or sometimes even a tourist) has plans to drive from one city to another, they put their ride up on the website and you can buy a spot in their car. It’s almost like long distance uber, or airbnb but with transport.

Similar to Uber and Airbnb there is a review system so if you are worried about safety you can ensure you only accept a lift with someone who has a minimum amount of reviews. Moreover everyone can leave an anonymous star rating on the driving skills of the driver.

This doesn’t work in every country in Europe, but you’ll find rides available in most of Western Europe. It’s especially popular in the United Kingdom, Portugal, Spain, France, Italy and Germany- just to name a few countries. Just do a search on the website and see what comes up.

Some countries also have more variety than others; in Spain rideshare was only really available for long journeys between main cities. But in France, where Blablacar began, I was easily able to get a Blabla ride for distances less than an hour.

There are so many advantages to ridesharing. First of all it is cheap. I would have had to pay €50 for a bus from Granada to Valencia but instead I was able to pick up a ride for €25.

It’s also often quicker than taking a budget bus. The bus journey from Salamanca to San Sebastian on ALSA bus would have taken 8.5 hours with all of the detours and stops that they make. Instead I was able to take a BlaBla which only took 4.5 hours.

Moreover out of all these options, Blabla car offers the most flexibility. In France I often didn’t book a ride until the night before, or sometimes the morning of my journey.

But this can also be a downside, a lot of the time people won’t put there rides up until a couple of weeks before their trip (with some exceptions). This means that you might miss out on a cheap bus ticket or train fare because you were relying on there being able to rideshare.

What I do is I do a search for my destinations and see how often people are putting rides up. If there are a large amount of rides being offered on a regular basis, chances are I can rely on there being a ride available. You can also set an email alert so you’ll be informed when a ride on your specific date becomes available.

Hitchhiking is the old fashioned way of getting around Europe on a budget. As a solo female traveller it is not something that I’m comfortable doing. It also works better in some countries than others.

I was told by my couchsurfing host in Granada that hitchhiking in Spain is now virtually impossible. Whilst another friend of mine told me that the creation of blabla car now means that German drivers will expect petrol money if they pick you up.

Do you have anything to add?

Do you know of another way to save money on transport in Europe? Have you got a story of picking up a cheap fare? Have you got a budget bus line to add to my list? Comment below or email me at adventureliesinfront@gmail.com .