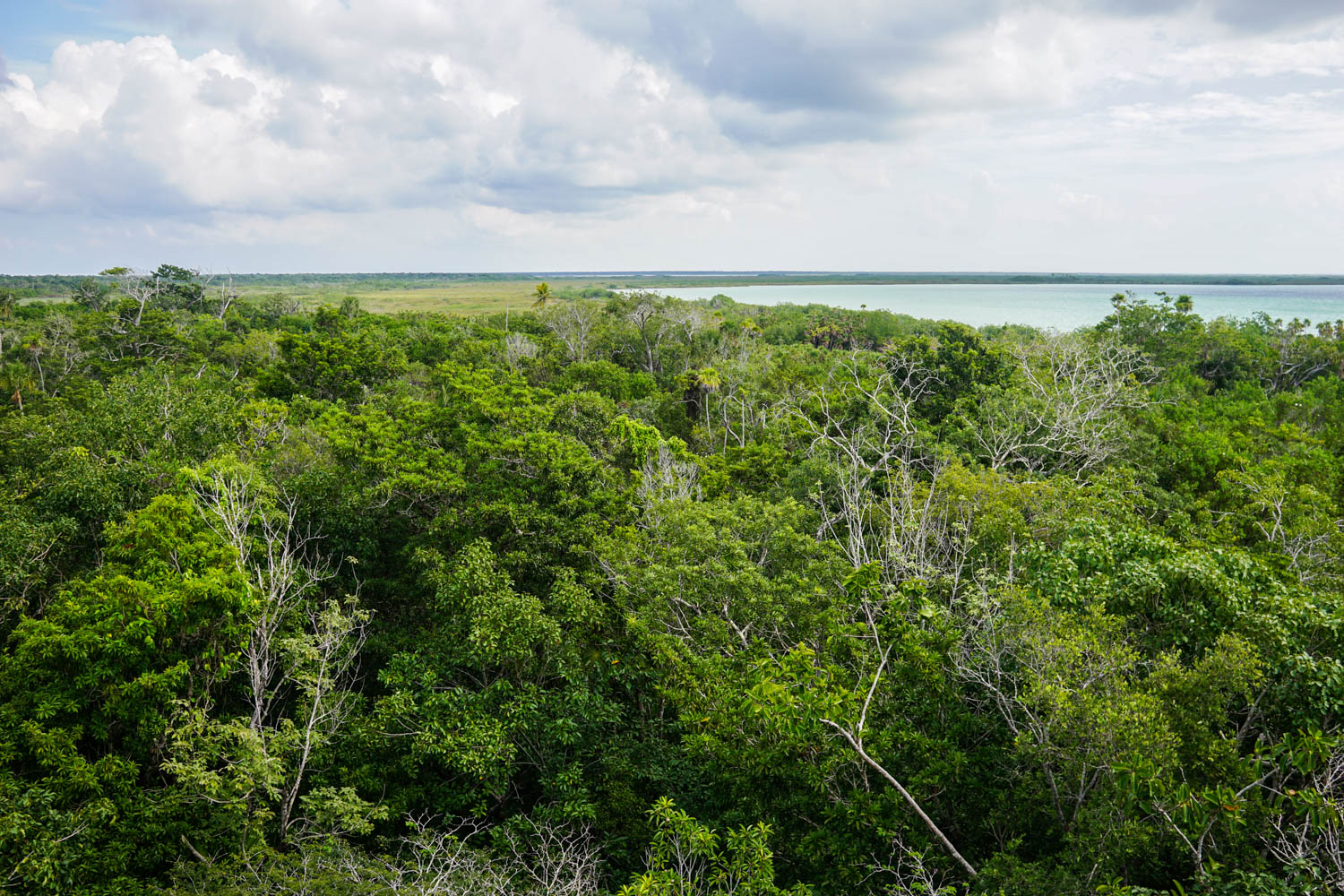 But there were a few surprises, after all UNESCO World Heritage sites range from super popular places like the Vatican or Machu Picchu to some obscure places such as the Poblet Monastery I visited in Catalonia. Sian Ka’an was one of the surprises I managed to squeeze into my trip to nearby Tulum.

Sian Ka’an is a biosphere reserve that was added to the UNESCO listed in 1987 due to its amazing range of flora and fauna, including 300 different species of birds.

But visiting this site can be a little difficult- mostly because it is enormous and there aren’t many points of accessibility. In fact the huge reserve has only two access points; Punta Allen and Muyil.

Although Punta Allen looked to be more beautiful and full of wildlife we quickly scratched it off our list given that it was more than a four hour drive down a track that was apparently not in very good condition. A day tour to Punta Allen is an option but paying upwards of $100 for a tour with eight hours of driving in a day is not how I like to travel!

Hence our only option for getting a taste of Sian Ka’an was at Muyil, a mere half an hour’s drive from Tulum!

If you don’t have a hire car there is the option of getting a bus that is super cheap, leaves frequently and takes between 30-60 minutes. Given schedules and connections change regularly it would be a good question to ask the reception of your hotel or hostel, or just head to the local ADO bus station in Tulum and they’ll be able to book you a ticket and point you in the right direction.

The best way to make the most of your visit to the Sian Ka’an from Muyil is to combine it with a trip to the Muyil ruins. We paid around 40 pesos ($3 AUD) to enter the ruins and wander around them for a bit. In comparison to some of the other ruins I saw in Mexico they weren’t the greatest, but at the time I visited Muyil I’d only visited one other Mayan site so I still loved wandering around the ruins.

The Muyil ruins also happen to be one of the access points to Sian Ka’an. Behind the famous Castillo ruin you’ll find a path that will lead you directly to the Biosphere and the boardwalk leading down to the boats.

We had to pay another 50 pesos ($4 AUD) to access the reserve before we set out on the boardwalk. As we set out it was clear that we had entered Sian Ka’an. The temperature changed from a sunny Mexican day to a humid, jungle type heat. It was definitely muggy and almost wet with humidity. But we enjoyed our little exploration on the boardwalk, stopping to take photos every now and then. I had to tell Dad to shut up so we could enjoy the sounds of the fauna around us.

It wasn’t long before we arrived at the watch tower, an old and rusty looking tower that you can climb up for an amazing view over the canopy. Despite my trepidation over the relative safety of the tower I decided to brave my fears and climb up. It shook and the rusty nails holding the pillars together didn’t really reassure me.

But it was worth it for the view that we got from above. It was beautifully green and the contrast with the blue water on the horizon was incredible. Most of the wildlife seemed to be hiding, as apart from a few birds we didn’t manage to see a lot.

The boardwalk finally ends at a tiny pier where you can catch a boat to explore more of Sian Ka’an from the water.  The trip goes for two hours and had come highly recommended by the TripAdvisor reviews online, especially the part where you can swim and float behind the boat. But we had started our morning a little later than expected, and we didn’t have a lot of time to get to nearby Valladolid, our next stop in Mexico. We were also deterred by the 600 peso ($45 AUD) per person price tag, which was huge considering we had barely been spending that much in a day. And we had been having some trouble with my bank card, so we were trying to be extra careful with the precious cash I had left until the problem was hopefully fixed.

But if you have the time and the money I’d say that boat trip would be worth it, if only to experience more of the reserve and hopefully spot more of the wildlife.

While our trip to Sian Ka’an was brief, and we didn’t get to do everything we wanted to do, I’m glad I got to cross this UNESCO World Heritage Site off my list. It was a nice contrast to the beaches and another side of Mexico that we got to explore.