The Island of Ios, So Much More Than a Party Island 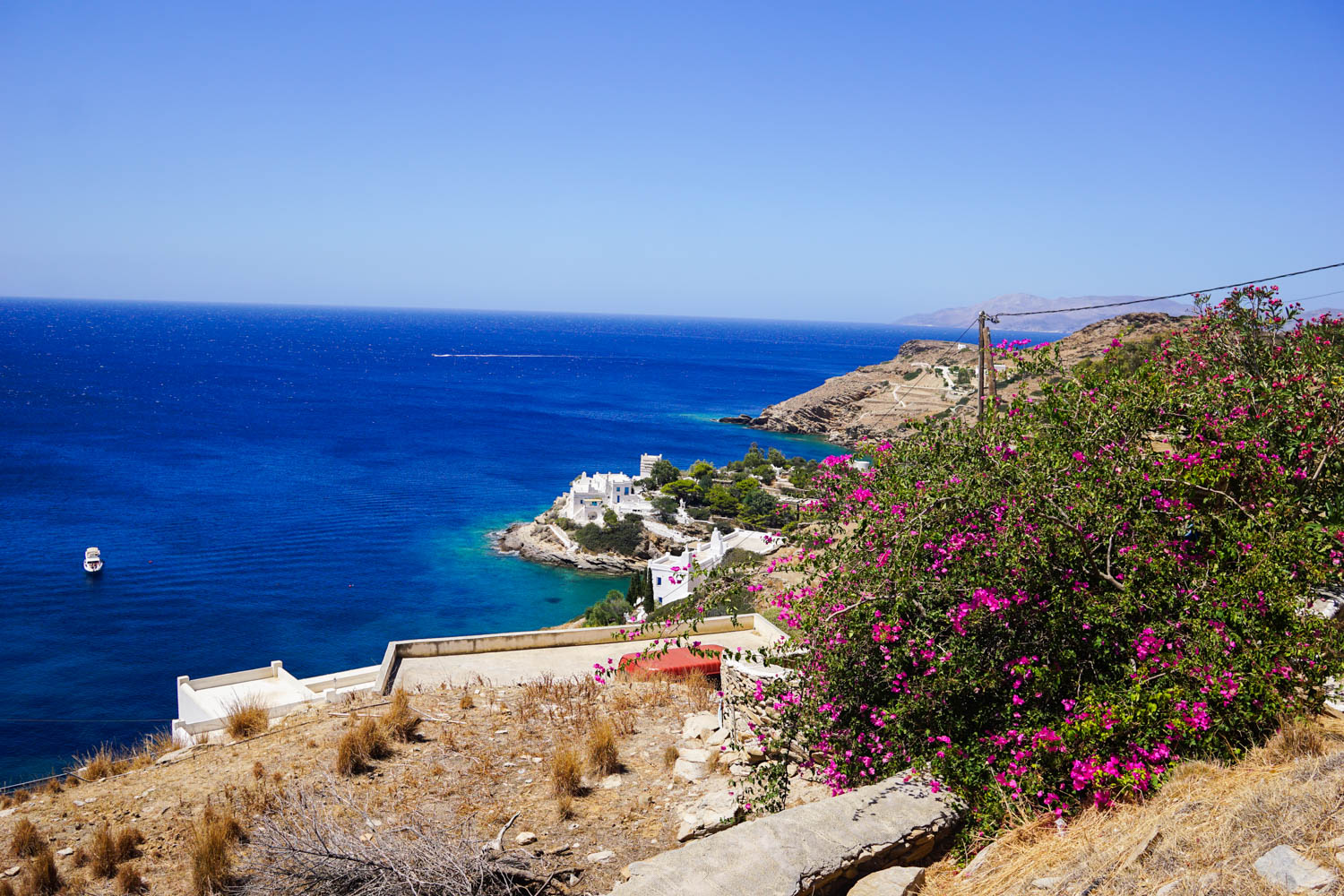 We added Ios to our Greek Island Hopping Itinerary for one reason; to party. Ios is the Ibiza of the Greek islands; it’s full of bars and clubs and most of my friends who had been filled me with stories of all day benders and awesome nightlife.

Thus Ios was meant to be the island where we let our hair down. I was picturing partying all night, sleeping all day and maybe seeing the beach or the pool. Other than that I had no real plan for sightseeing or exploring Ios.

I think that is why Ios blew me away. I was expecting a bunch of drunk backpackers- and that was definitely true. The island was swarming with lots of Australians having the time of their life. And there are some awesome bars on the island.

But what everyone forgot to tell me is that Ios is incredibly beautiful, that the food scene is amazing, and that you really should see more of Ios than the inside of a bar or a club. After seeing the beach and amazing landscape of the island, I felt a little bit mean about having laughed at the family disembarking at the ferry port with us. At the time I couldn’t think why anyone would want to take a family holiday on a party island.

But Ios is much more than a party island.

That said, I’m going to start with the partying, because it is one of the major reasons people flock to the island every year. And it’s true I had some great nights out at Ios’ bars and clubs.

The alcohol is cheap, the bartenders free pour vodka, the music is good and it’s possible to start drinking and partying at lunchtime and not get home until 6am the next morning.

What I loved most about Ios’ nightlife is that there is something for everyone; if you are more of a bar person than a clubber there are lots of casual bars that people usually go to earlier in the night, there are sunset lounges for those just wanting to sit back and relax, and of course there are clubs to end your night if you are in for a big one.

But by far the highlight of the nightlife on the island is Far Out Beach Club. Far Out is more than just a party; it’s like its own little community on the island. It’s located on one of Ios’ most beautiful islands; Milopatos (check name).

They offer camping and rooms and many people choose to stay here right on one of the most beautiful beaches. They have pools, water sports, a basketball court and gym, a restaurant and even a supermarket. You could literally come to Ios and never leave Far Out and its beach front and still have the time of your life. I almost wish we had booked it.

But even if you aren’t staying there; Far Out kicks off around 2pm and ends around 6pm, at which point everyone goes to shower, eat, freshen up and prepare themselves for the night out in Ios Town.

Despite all of the glowing recommendations, we didn’t actually make it to Far Out Beach Club until our last night on the island. As soon as we arrived I wished we had come earlier. The music was fantastic, the drinks were delicious and cheap and there was just such an awesome vibe and atmosphere. We got painted on our bodies, went for a dip in the pool and then got painted some more. It was just amazing fun.

Unfortunately my fun was cut short when I stupidly accepted a drink from someone. The drink ended up being spiked and I found myself unable to walk or control any part of my body. It took five people to carry me back to one of the rooms at the beach club. Luckily we had met some lovely girls from Melbourne and they let us crash in their room for their night because they weren’t going to be able to get me in a taxi home. It was a very scary experience and I’m so relieved that it at least happened when I wasn’t travelling alone.

But don’t let my story deter you from Far Out Beach Club! Just don’t go accepting drinks from strangers and watch your drinks at all times.

The Beach and Beach Bars

Whilst the nightlife was amazing, I also loved lazy days in Ios. I’m being honest when I say Milopotas beach in Ios was hands down the best beach I saw during my whole time on the Greek islands. The sand was perfect, the water was so blue and the whole area was just stunning.

The best way to explore the island for us was to hire quad bikes. I was a little nervous but they were surprisingly easy to use and everyone on the island is so used to the backpackers that there isn’t a lot of danger. Just don’t be stupid- wear the damn helmet!

When we were sick of the beach there were also some really awesome beach bars. The Free Beach Bar just across from Milopatos beach lives up to its name; it’s perfect free for you to go lie out on one of their amazing sunbeds or hanging beds.

You also get complete use of their pool. The snacks and cocktails there were also incredible- and they’ll deliver them right to your sunbed. It was heaven, especially after a big night.

The other incredible bar we visited was the Sunset Lounge. It’s located on the other side of the island but is owned by the same people as Free Beach Bar. And there are plenty of buses to and from the club. It’s usually a more of a chilled out atmosphere; people lounge in the infinity pool and watch the sunset. They even play awesome classical music as the sun finally sets. It’s definitely the most atmospheric sunset I’ve ever experienced. And the day I visited there was a special ‘full moon party’ even on so it was even busier and there was a pretty cool DJ on. Entrance is around €5 but that includes a free cocktail. And the cocktails there are amazing!

Just like everywhere else in Greece, I ate some incredible food while in Ios. The highlight for me was definitely the meal we had at (find the name of tapas bar). It was more Greek fusion than typical Greek; we had pasta parcels, a Greek dip plate with amazing homemade pita, an amazing salad with fresh Greek tomatoes and the best Saganaki I’ve ever had.

We also tried some awesome seafood on the island, and even checked out lots of the more western-type of places that served amazing brunch. Something I was definitely craving after living off Greek yoghurt and fruit for breakfast.

Other than checking out the beaches, beach bars and food scene, we did spend a little bit of time walking through and exploring Ios town. I can’t say it really wowed me- it’s a pretty little town but pales in comparison to towns in Paros of Santorini.

I think the highlight of Ios is definitely its natural beauty. In terms of crystal blue water, beautiful beaches and an amazing landscape- Ios was one of my favourites in the Cyclades.

Where to Stay in Ios?

We stayed at Rita’s Place Hotel which was incredible value. We got an apartment for four with a huge balcony overlooking the water and pool area for less than $50 each per night. It was super close to the town and the pool was a beautiful place to chill out. They even picked us up from the ferry for free.

We hired quad bikes from one of the many hire places at the port. One place wouldn’t let us hire without international drivers licenses, but the other did.

We arrived on the ferry from Santorini and left on the ferry back to Santorini. If you don’t fancy a long ferry ride from Athens, you can find really affordable flights to Santorini Airport from many European hubs. From there it is easy to hop on a ferry to Ios that takes less than two hours.

Three Days in Naxos, The Island That Had Everything

What to Do in Paros, The Perfect Paradise

Mykonos is Overrated, But Delos is Incredible!