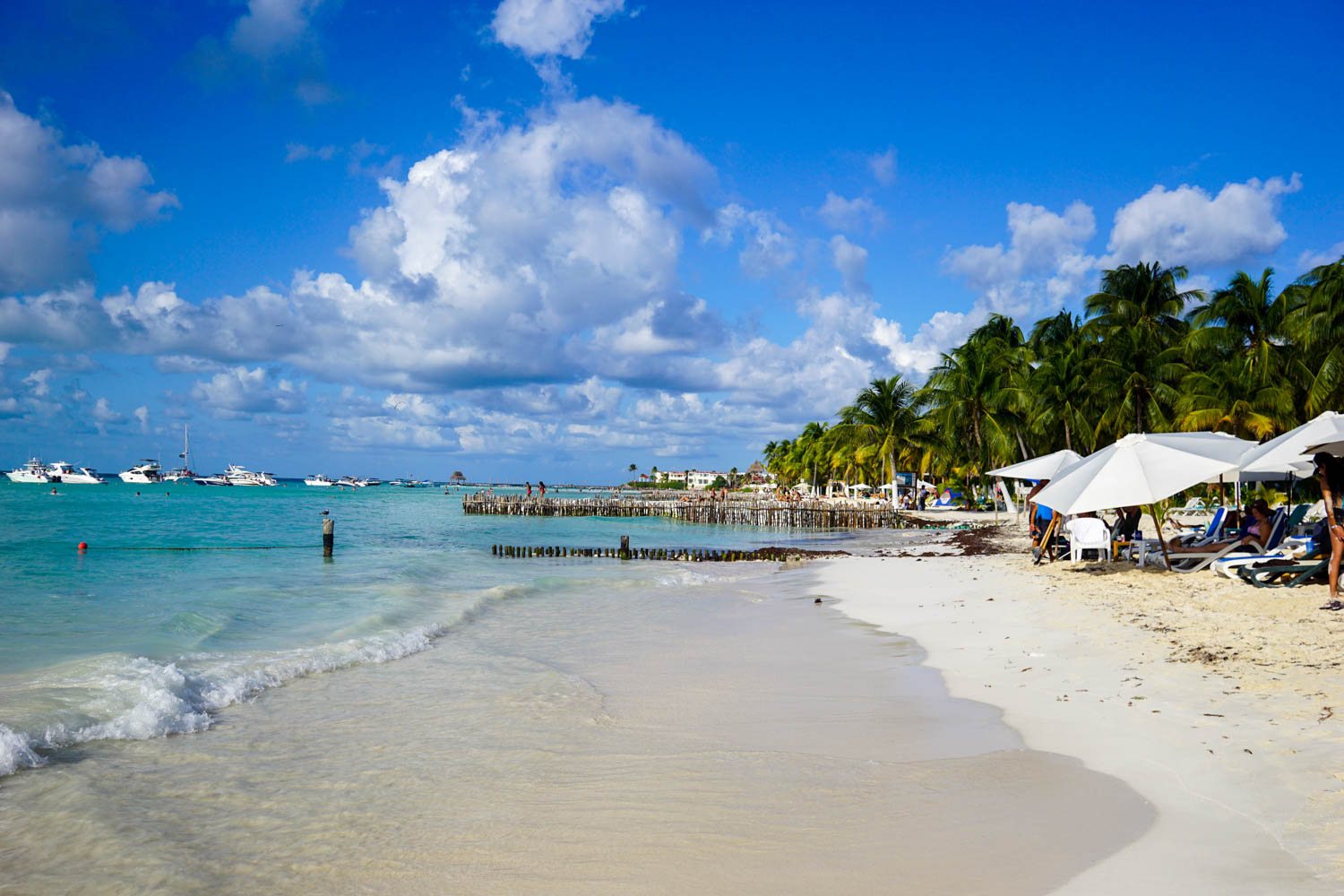 Travel burn out sounds like the ultimate first world problem. Every time I suffered from it during my 15 months of travel I felt guilty. There are people in this world that would kill to have the opportunities that I have to travel, and here I am feeling exhausted and tired from too much travel.

But unfortunately travel burn out is a thing. Being constantly on the move is tiring, exhausting and stressful. And the consequence of doing it too much and for too long is travel burn out. Symptoms usually are a lack of enthusiasm for visiting anything and some of the most amazing sites in the world starting to feel mediocre and travel in general just feeling monotonous.

I think in my whole 15 months of travel this feeling of travel burn out was the worst when I was in Mexico. I knew I’d love Mexico and I did, but I wasn’t enjoying it nearly as much as I should have been. I was in Oaxaca for Day of the Dead, something I had been looking forward to ever since I started planning my trip, and I could barely manage to drag myself out of bed and join in the celebrations.

So, after we had finished in Oaxaca I made a spur of the moment decision. Dad and I had originally planned to head to San Cristobal de las Casas and Palenque on our way back to Cancun for his flight home. Both places are cultural highlights of Mexico. But I was in no mood to wander around cities, or visit temples or more ruins. What I really needed was a beach to sit on for a week and drink lots of cocktails and eat lots of food.

So, we jumped on a bus to Mexico City, hopped a plane to Cancun and then finally grabbed a ferry to the paradise of Isla Mujeres where we spent an amazing eight nights of much needed rest and relaxation.

There are plenty of things to do on Isla Mujeres. There are lots of boat day trips to nearby islands, national parks and reefs. You can hire a golf cart to explore the southern part of the island which isn’t so easily accessed by foot. In the right season (unfortunately not when we were there) you can even swim with whale sharks. I’ve got to return one day to do that!

But the purpose of my trip to Isla Mujeres was to take it slow. So we didn’t even do any of those things. We literally plonked ourselves on the beach for 7 days straight.

Hence, I’m not capable of writing a whole post on what to do and see in Isla Mujeres! But here is a couple of reasons why Isla Mujeres is the first spot for a much-needed beach break!

Of course, the whole purpose of our shift to Isla Mujeres was to rest, relax and recharge. And the beach is the epitome of those three things for me.  Playa Norte, the main beach on the island, is only a short walk from town. It’s one of the best beaches I’ve ever visited outside of Australia. The water was a clear turquoise blue and always exactly the right temperature for swimming. The sand was soft and all along the beach you can hire lounge chairs, eat awesome Mexican food and drink as many margaritas as you can possibly drink.

Whilst there are many beach bars along Playa Norte, our favourite place to hang out was at Fenix Beach Lounge. Almost every other bar along the beach will charge you for the use of the lounge chairs. But Fenix works a little differently. You get the use of the lounge all day so long as you order the minimum spend in food and drinks. I can’t quite remember the exact amount but I think it was roughly around $20 AUD per person which is nothing considering how much beer and food we were drinking.

It meant we virtually drank for free, as at any other bar we would have to pay for drinks and the lounges. The bar itself also was a great place to hang out with an awesome band playing every afternoon. My favourite was the Cuban band that got everyone up to salsa.

We ate so well during our time on Isla Mujeres. Given it’s a beach and island destination, we were paying more for food than we were in places like Tulum and Mexico City. But it was almost always worth the extra cost given how amazing the food was.

Two of our favourite standouts were Lola Valentino and La Lomita. I’m going to make a big call and say that no matter how long you stay on the island you only need to eat at these two restaurants. Typically, we would do Lola Valentino for breakfast/brunch and La Lomita for dinner- almost every day we were on the island. I’m usually all for variety but when the food tastes that good it’s unnecessary.

Lola Valentino still has the best brunch I’ve had outside of Australia. Their Mexican Eggs Benedict- two poached eggs on cheese biscuits/scones with guacamole, salsa and spicy hollandaise- was the best thing we ate there. Although we mostly ate at Lola Valentino for breakfast, we also had a delicious dinner there one night as well.

But La Lomita was hands down the best restaurant I ate at in all of Mexico. We discovered it on our third day on the island and never really went back. Whilst a lot of the restaurants on Isla Mujeres are very Americanised and fancy, La Lomita is your standard, run-of-the-mill traditional Mexican restaurant. Almost every time we went (and we went like six times!) we ordered the mixed ceviche (super fresh seafood and well seasoned), their guacamole which was fantastic, and their coconut crumbed prawns. But the one dish that I still have dreams about are their enchiladas verdes. You can get them filled with chicken, beef, seafood or pork. The ground pork is rolled in a tortilla and then topped with this insanely good, creamy green chilli sauce. If only I could learn how to cook those!

Oh and La Lomita also do the best margaritas!! Don’t miss those.

4. It’s actually not that expensive

We spent more money in Isla Mujeres than we did anywhere else in Mexico. But considering how popular it is and how spectacular the island is, it actually isn’t too expensive. Unlike most parts of the Caribbean coast of Mexico, Isla Mujeres doesn’t have too many all inclusives. Hence, it’s usually pretty easy to pick up reasonable accommodation. Because I was travelling with my dad we got a room with two double beds for $280 USD for 8 nights at Isla Caracol. That room could easily fit four people sharing those beds. And the room was super nice and the staff were amazing!

If you eat at some of the super nice restaurants, or drink at the very expensive bars then it’s going to add up. But hitting more local restaurants like La Lomita, the loncherias near the central market or the amazing roasted chicken place across from Lola Valentino, will help you save some pennies.

Isla Mujeres just has a very fun vibe. Most of the tourists that arrive on the island are American and we sure did run into some terrible human beings (unfortunately while watching Trump get elected in a sports bar on the island). But for the most part we met some interesting people that were always up for a chat and a beer. We couldn’t even sit down at a restaurant without having a chat to the table next to us! The staff at all of the restaurants and bars were also incredible, especially at the places that we kept returning to.

Where to Stay on Isla Mujeres?

I stayed with my Dad at Isla Caracol and we absolutely loved it. It was right in town, super cute, super comfortable and most importantly super affordable.

If you’re looking for something more solo traveller friendly, or something more fancy you’ll find pretty much everything on the island on Booking.com. There are also a handful of AirBnBs on the island- if it’s you’re first time using Airbnb make sure to use my referral link to save on your first stay!


Have you been to Isla Mujeres? Or are you planning to?

Comments and questions below!