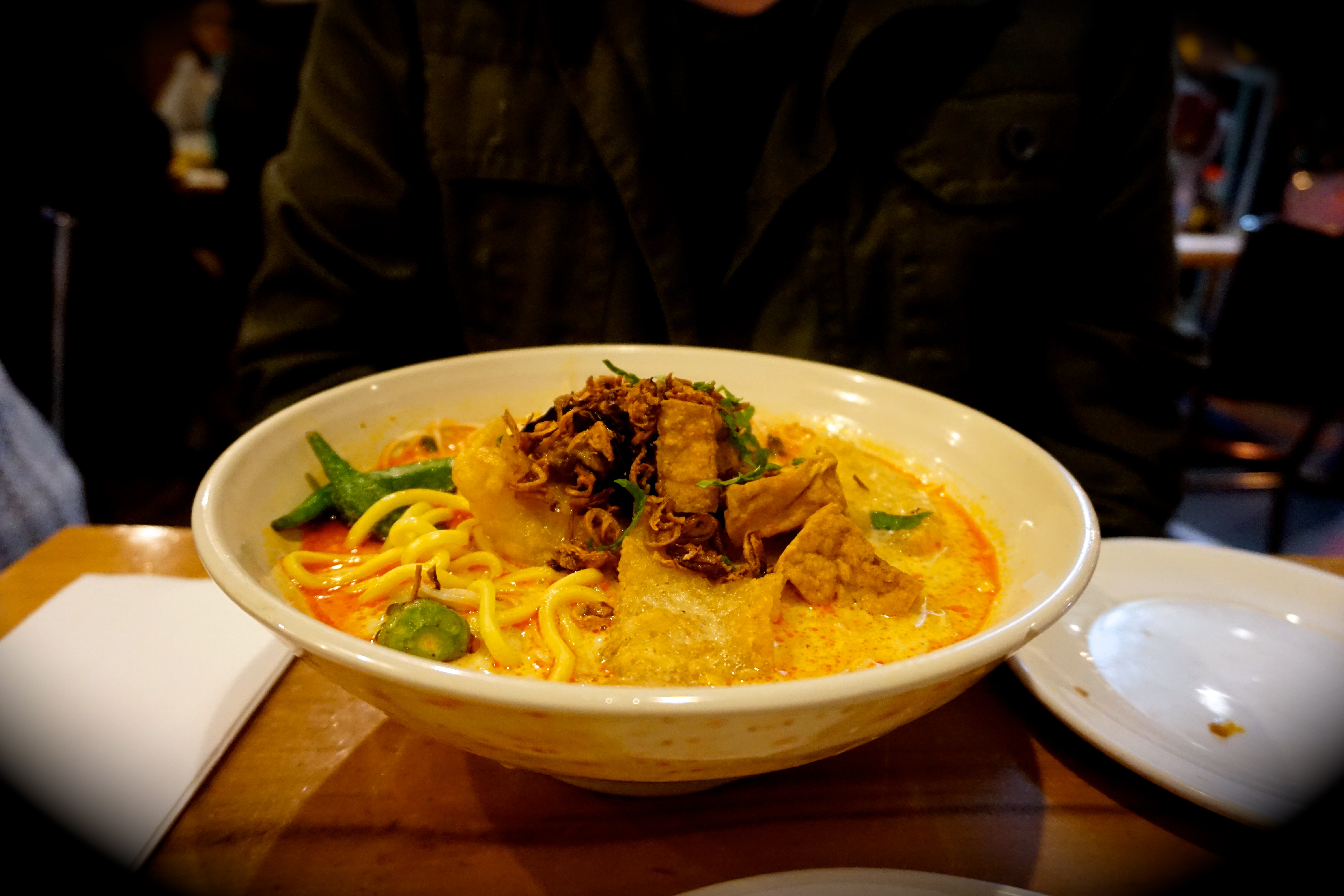 Malaysian food had never really been on my radar. In fact I didn’t even really know what Malaysian food was until I landed in Kuala Lumpur back in 2013.

I quickly fell in love, as I tend to do with most international cuisines. I ate fried chicken on the streets of Kuala Lumpur, I had my first experience of dishes like roti chicken and beef rendang and explored the street food mecca of Georgetown, Penang.

Now, over two years since my last trip to Malaysia, I still seek out the best Malaysian food. And obviously, just like any other international cuisine you could think of, Melbourne has some great offerings.

Thus when Curry Laksa from Laksa King appeared on the Urbanlist’s 50 Meals You Should Have Eaten If You Live in Melbourne, I quickly added it to my list.

Laksa King is located on the other side of the city to where I live, in Flemington.

My friend who lives really close to this restaurant has been to take me for ages, but it was only a month ago that we finally managed to get in for some of their famous Curry Laksa.

Laksa King is a Northern Suburbs institution and as such it is almost always incredibly busy. My friend had tried and failed to get in many times before, after being told that it would be over an hour wait for a table.

You can book some tables, which we had unfortunately had forgotten to do. We arrived nice and early at 6pm hoping that would been we didn’t have to wait.

However the place was already full, with the small corridor leading to the restaurant packed with people and families waiting for a table.

Luckily we only had to wait 20 minutes, which is still pretty crazy for arriving so early!

There are a wide range of Malaysian dishes on the menu but both of us had come for Laksa King’s namesake- the Curry Laksa.

There are a few curry laksa types available including chicken, beef, fish fillet, vegetarian, seafood and even duck.

However Roti is probably one of my favourite foods of all time. If Roti is on a menu anywhere, you can bet I’m ordering it. So of course I also ordered that to, regardless of the fact that I probably wouldn’t be able to eat both.

The Roti was some of the best I’ve eaten outside of Malaysia. It was flaky, oily but not too oily, and basically melted in my mouth. Combine that with the satay sauce it came with and I was in roti heaven.

After we had demolished the roti, our bowls of hot curry laksa arrived.

I’ve had some pretty terrible curry laksa before. Curry laksa that was watered down, lacking flavour and with less than fresh seafood in it.

This was not one of those curry laksas. The broth was everything you want in a good laksa; creamy, spicy and full of flavour.

The combination of egg and rice noodles was a great balance and the seafood was all very fresh.

I also loved the tofu and eggplant that came with my seafood.

I’d go as far as to saw it is the best one I’ve had, even better than some of the ones I ate in Malaysia.

However I got a bit of order regret when I had a taste of Cam’s fish. The fish was so soft and buttery. The way they had cooked and lightly battered it was soooooo good. Whilst the seafood was lovely, it didn’t have the x factor of the fish. I’ll definitely be ordering the fish next time.

We also ordered an iced Teh Tahrik which is basically a Malaysian version of an iced tea that comes with creamy condensed milk. It was really yummy and strong (I hate weak tea), but in hindsight it might have been better served with dessert than with our soups.

Whilst it might be a bit of a hike out of the city, and whilst you might have to wait up to an hour for a table, Laksa King is definitely worth the effort to taste some amazing Malaysian food.

Laksa King is located in Flemington and is practically next door to the Newmarket Railway Station. It will take you about 15-20 minutes on the train from Flinders St Station.

Dishes range in prices. A curry laksa ranges from $11 for the mixed laksa to $15 for the seafood laksa. The roti with satay sauce was $7.

There are a small range of bookings available for each night, so I’d definitely recommend booking in advance.