Getting a Local Experience in Aix-en-Provence 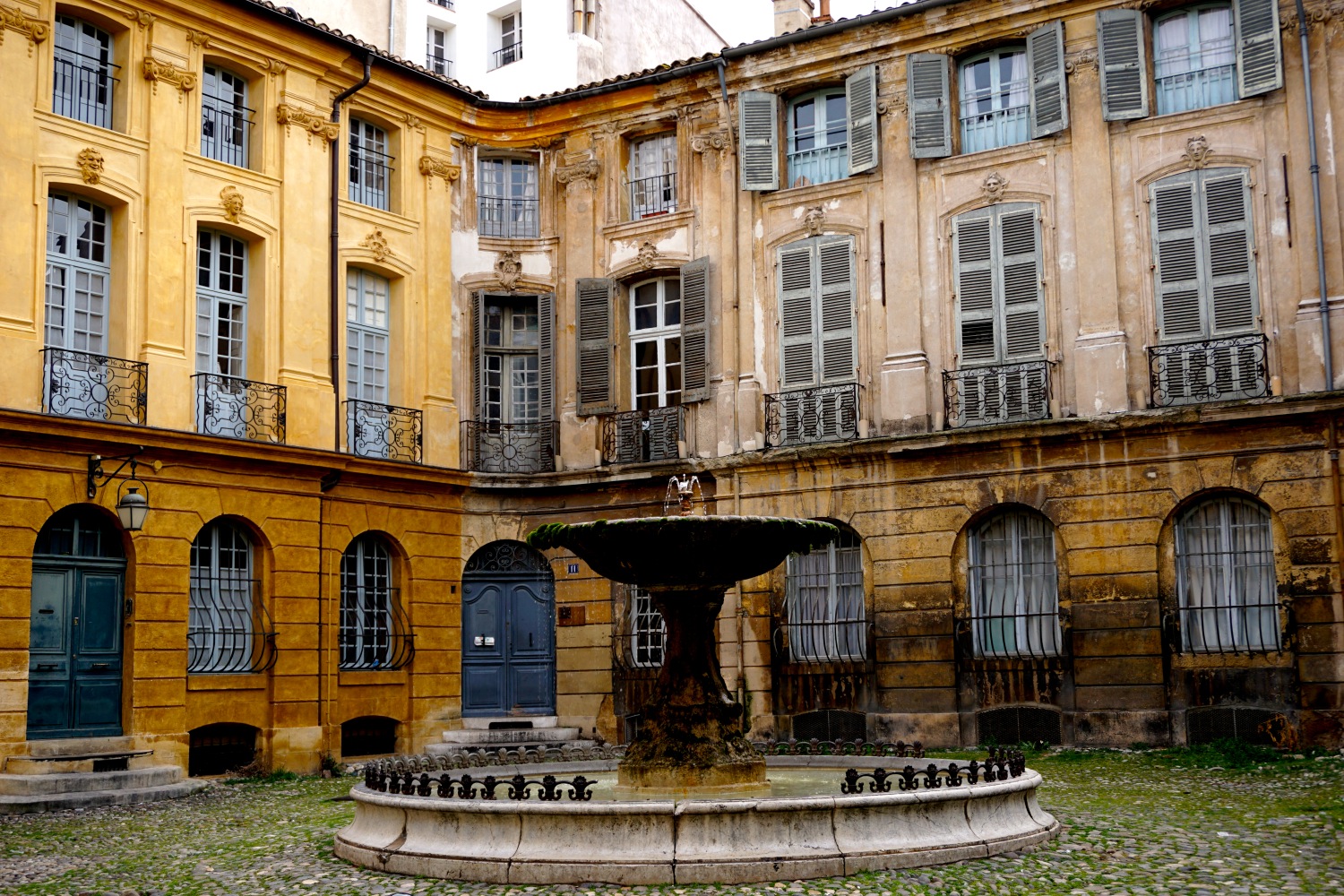 I have to admit, I probably never would have thought to add Aix-en-Provence, to my Southern France trip.

But in 2009, I spent three months in Normany, in the North of France, on an exchange. I spent one of those months with Camille, my host sister. And then we hosted her back in Australia.

I hadn’t seen her for more than six years and I definitely wanted to fit a reunion into my French travel plans. Luckily she has relocated to the slightly warmer part of the country, so I didn’t have to go too far out of my way to see her.

Camille lives half way between Marseille and Aix (as the locals like to call it), so crashing with her provided the perfect opportunity to see both of these cities.

At this point in time, blablacar had become my preferred method of transport in France (its just so easy and popular there), so it was very easy to get a ride from Avignon to Aix. Even if my driver did spend most of the time showing me photos of his recent trip to Australia on his phone, rather than actually watching the road.

Whilst Camille had exams for my first day in Aix, I did have some other people to catch up with.

When I was in Seville a couple of weeks before, I had sat next to this French couple at a flamenco show. Eager to practice my French I had struck up a conversation with them before the show. By the end of it they were adding me on facebook and offering to show me around when I was in Aix.

I met them at the tourism office and they spent hours showing me around their beautiful city. Lucky for me, I had a reason to come here because Aix ended up being one of the most beautiful towns I visited.

The architecture there was more Provencal than any of the other places I visited in the region. And if you have been reading for a while, you’ll know that I absolutely love small towns.

Aix, like many towns in France, is perfect to wander around. There aren’t many specific monuments or sites in the town to point towards, instead Aix is all about enjoying the provincial architecture, streets and atmosphere.

We started our adventure of Aix at the La Rotonde, which just translates to the round about. It’s one of the most recognisable places in Aix, and a landmark that locals often use as a meeting point. In the middle of the La Rotonde is the Fontaine de la Rotonde, a historical fountain that dates back to 1840.

It’s really pretty and it was the first glimpse I had of the obsession Aix seemingly has with fountains.

We then continued our walk down “Cours Mirabeau” which has been dubbed by many as the most beautiful main street in France.

The boulevard apparently becomes even more beautiful in Spring when the trees are lush, green and in bloom. Outside of the beautiful trees that line the boulevard, it is here where I first realised how quintessentially provincial Aix-en-Provence really is. The buildings that line Cours Mirabeau are so pretty and quaint.

We detoured off Cours Mirabeau in search of another one of Aix’s fountain, this one being arguably the most famous. The Fontaine des Quartes Dauphins (fountain of four dolphins in English) is to Aix, what Mannekin Pis is to Brussels, or the Little Mermaid is to Copenhagen. Luckily it was low season so I didn’t seem to be sharing the dolphins with anyone else.

It’s pretty cute, it’s pretty small and it’s pretty old (it dates back to the 7th century), but it wasn’t my favourite fountain in Aix.

From the dolphin fountain, it was an easy wander down to the church of Saint Jean de Malta. It’s not the main church of Aix but it was still nice. I particularly liked the architecture that was simple and intricate at the same time, the beautiful stained glass window and the restored church bells that were on display.

We then wandered back to a square where we happened upon a local market in progress. I absolutely love exploring markets, especially the kind that are full of fresh fruit, vegetables and produce that the locals are buying (in contrast to the touristy ones full of crappy souvenirs). Visiting these types of markets is a culture experience in and of itself. We tasted some cheese samples, some meat samples and bought some apples that we enjoyed straight away.

But my favourite market in Aix was the one we headed to next; the flower market. There was just something about the contrast between the beautiful provincial architecture and all the colours of the array of flowers on display.

The flower market is also located in front of the town hall, which was one of my favourite buildings in Aix. The tower especially has some super detailed and intricate engravings on it.

I think can’t quite remember which street we took or which direction we got to. You haven’t really seen Aix until you have aimlessly walked down it’s streets, stopping to peer into the courtyards of beautiful old buildings, or to take photos of door handles that are hundreds of years old.

But eventually we ended up at what I think is the most beautiful square and fountain in Aix-en-Provence (a sentiment repeated by one of my friends). The Fountain of Albertas is rather simple but paired with the buildings surrounding it, it is simply stunning.

I think what I loved most about this square is that the buildings haven’t really been properly restored. The contrast of the restored section on the left, and the depilated side on the right is really pretty!

Our final stop was Aix Cathedral. When you’ve been travelling Europe for more than three months, chances are you have seen a lot of cathedrals. Hence they often blur into one and it can be difficult to differentiate them.

But what I loved specifically about the Aix Cathedral was the façade, which was gorgeous especially alongside the beautiful bell towers (I think I love bell towers more than I love churches if I’m being perfectly honest).

My new French friends wanted to take me back to their house for lunch. They lived in a smaller village slightly out of Aix so we headed there. I got to have a delicious lunch with Jean and his beautiful family. Between their English and my French we managed some great conversation.

It was a really special moment. It can be really difficult to have truly local experiences like this one without turning to some app such as couchsurfing or blabla car. It was nice to be able to say I’d met people the good old fashioned way.

After I was dropped back into town I headed to one of my favourite spots in all of Aix, the Hotel de Caumont, where you’ll find the Caumont Centre of Art. It only reopened in the middle of last year after being carefully restored to it’s former glory.

A walk through the Caumont hotel is like a step back in time. I’ve never visited anywhere as quintessentially French as this building. The old provincial furniture, the intricately decorated marble staircases, the chandeliers and the array of amazing art were all an ode to the history of the region.

I don’t think I’ve been as delighted to happen upon a hidden treasure since I visited Apsley House in London .

After exploring the house I also stopped at the tea rooms for a cup of tea. If I wasn’t so full I definitely would have tried one of the desserts they had on offer, or even the full meals you can eat. The tea parlour of the Caumont is still the prettiest place that I have ever had afternoon tea!

Aix-en-Provence is one of those little destinations that you must add to your Southern French trip. Even if you find yourself in the bigger city of Marseille, it’s very easy to hop on a bus (it takes less than an hour) and spend the day in Aix. It’s definitely the most quintessentially French town that I’ve ever visited!

What to Do With Three Magical Days in Krakow

Nice is NOT Overrated