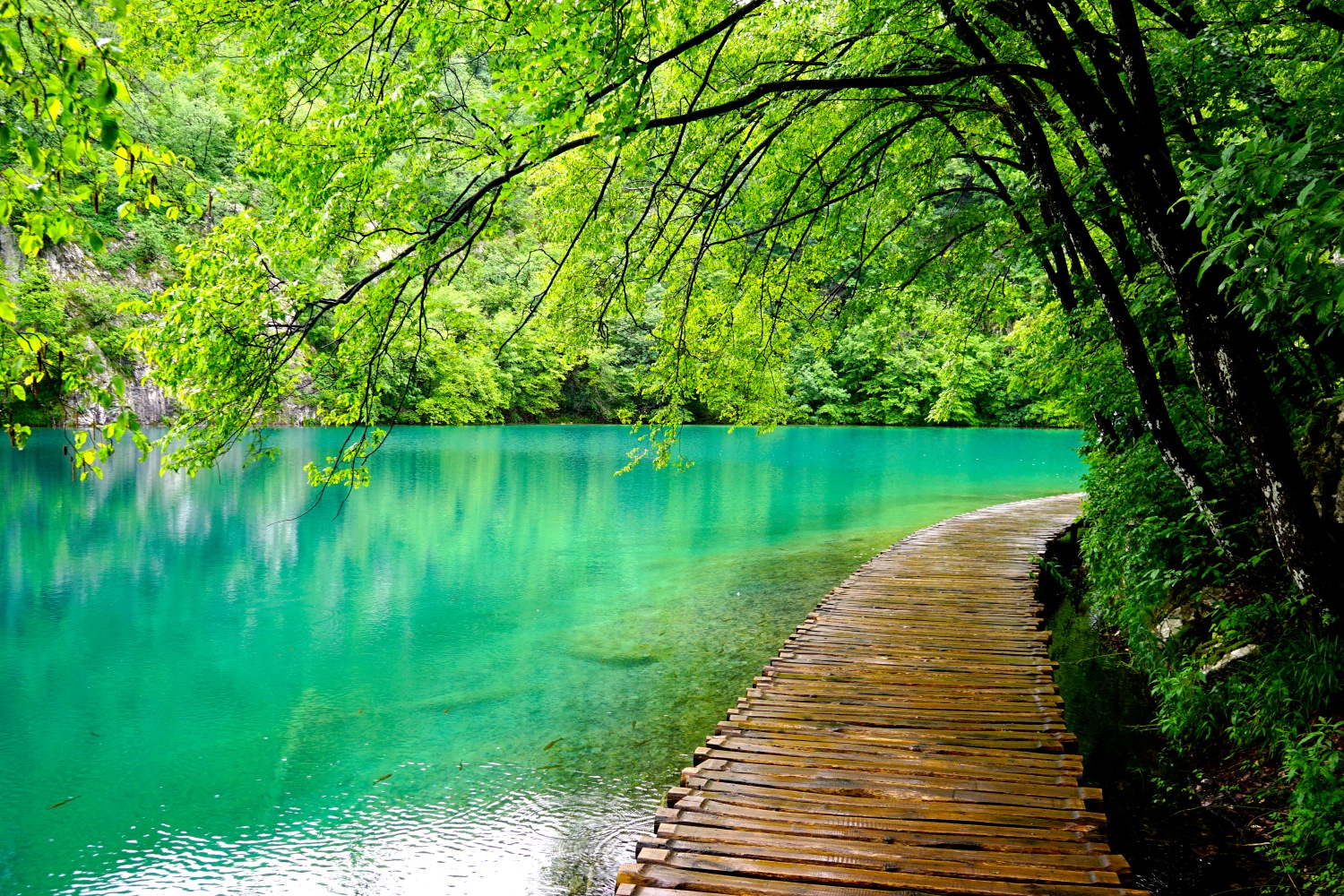 I’m often asked how I discover specific places that I find myself in. The answer isn’t as easy as it seems; it’s a combination of things. A lot of it is blog posts on certain destinations, some of it is word of mouth with my friends telling me ‘you must go there. I find myself in some small towns because of the UNESCO World Heritage List, while others I find on instagram and pinterest.

I made it to Plitvice Lakes National Park because of a combination of these inspirations. I remember spotting it on the UNESCO World Heritage List for Croatia, but I was really inspired to visit it after a post by one of my favourite bloggers.

But it was only when I realised I was going to have to fly into Zadar (the only Ryanair airport in Croatia) that I finally decided to make the trip up to Plitvice Lakes. It’s very easy to jump on a day trip tour from Zadar, located about an hour and a half from Plitvice Lakes National Park.

It wasn’t logistically easy to get to the park on public transport, especially if I only had a day. So an organised tour was the best way to see the Lakes with the limited time I had.

Unfortunately I woke up on the morning of my tour to a very bleary weather forecast. The rain had set in and it was relentless. I’d had high expectations for sunny Croatian skies; we were in the Mediterranean after all. But the part of Croatia that the Lakes are located in is a completely different climate to the coast.

Nonetheless, I was determined to see the Lakes. So armed with a plastic poncho provided by the tour and my waterproof raincoat, we set off to explore the park.

Our visit of the park started with a boat trip across one of the biggest lakes of park. The rides on the boats are included in the entrance fee and the ride is an experience in and of itself. To keep the water clean, the boats are electrical powered and as a consequence, really silent. All we could really hear was the pattering of rain on the roof while we took in our first glimpses of the lakes.

The boat took us to the Upper Lakes part of the park, which we spent about an hour exploring. Our guide said the tour usually spends a lot more time there, as she would stop to talk a lot and we would be taking a lot of photos.

It was still beautiful with the rain, and we did stop for lots of photos, but the relentless rain did make us all a little miserable, so we walked pretty fast through that area.

In case you hadn’t already guessed, Plitvice Lakes National Park is a park full of 16 lakes and hundreds of waterfalls. No definite number of waterfalls can be determined, as the number is always fluctuating depending on the season and the rainfall.

The deep blue of the water, created by the limestone in the area, combined with the fluorescent green trees and shrubs makes the park an incredibly beautiful and picturesque place. It also means it is packed full of tourists, except for on rainy days!

After exploring the Upper Lakes we hopped on another boat to visit the Lower Lakes. There are a lot more waterfalls in the Upper Lakes, but I loved the colours in the Lower Lakes. The water clearly had more levels of limestone here, as it was brighter and more fluorescent. It also helped that the weather had cleared slightly, in that it was not bucketing down rain on us.

Hence it is probably not surprising that I preferred the Lower Lakes to the Upper Lakes. Everything appeared to be more dramatic and more beautiful. It was everything I expected when adding Plitvice Lakes National Park to my list.

The largest waterfall in the park was also located in the Lower Lakes, which was pretty formidable.

But my favourite shot of the day was taken from the top of the park, looking down on the Lower Lakes. We had to climb up through a slippery cave to get there, but it was all worth it for this view. This photo really sums up the beauty of the park, and hopefully it’s the photo that will have you adding it to your list.

Let’s just hope you have a little better weather for your trip!