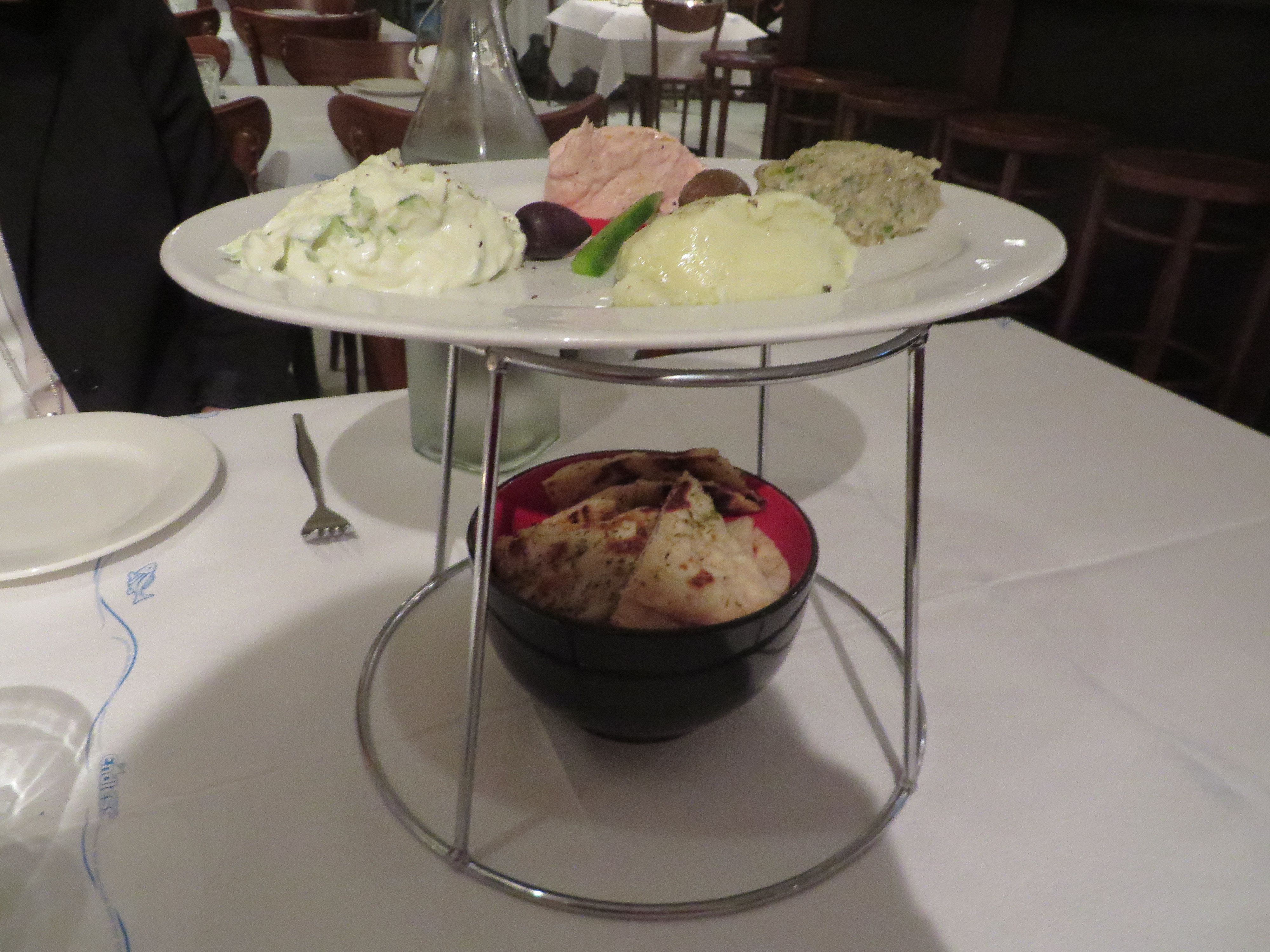 My family on my Mum’s side is Greek. It’s probably why I love Greek Food so much. I’d put it above Italian, Chinese and even Vietnamese- which is saying a lot. Melbourne has a huge Greek population and thus there are so many great places to eat Greek both in the city and further out in many of the suburbs.

My friend and I decided to try a place out in St Kilda called Kyma Restaurant. I stumbled across this restaurant through a google search. I really wanted to find a Greek place with an affordable banquet- so we would have the opportunity to have a wide range of dishes. It also had to serve said banquet with only two people (many other restaurants had a minimum of 4). Kyma fit the bill.

This restaurant was pretty quiet for a Friday night. That’s a pretty ominous sign in my book, if I was walking along trying to pick a restaurant to eat in I would never have walked into such a quiet restaurant- usually the crowds speak for themselves. But I must say the food was pretty acceptable- definitely not the most astounding Greek food I’ve ever had but yet again I’ve eaten at lots of Greek food so my standard is pretty high.

The banquet starts with mixed dips and pita. This is one of my favourite things to order whenever I order Greek. I love pita and I love eggplant dip, caviar dip and tzartzki which feature on pretty much any mixed dip plate you order at a Greek restaurant. I always feel there is never enough pita though- although it is probably a good thing or I’d probably fill up on pita first and wouldn’t get to the rest of my meal.

Next we got an entree of Saganaki. I didn’t really like their Saganki- it was more a fried dry piece of cheese than the beautiful melty Saganaki I had last time I went for Greek at Hellenic Republic. Even dipping it in our leftover dips I don’t think we managed to finish it.

Next was dolmades. These are a mixture of rice, herbs and often meat wrapped in vine leaves and coated in some olive oil/lemon goodness. They are my favourite Greek food and every birthday my Mum usually makes a heap of them and I sit there and just devour them. These dolmades were pretty good!

Next was the calamari and prawns. The calamari was great- perfectly cooked and really tasty. I didn’t really like the taste of the prawns though- they didn’t seem very fresh to me.

By the time the meat platter with chargrilled vegetables came we were pretty full. We didn’t weren’t finishing all that meat! The meat also was a tad bit dry by my standards, it didn’t have the full flavour I’m used to getting at some of my local gyros places. Perhaps even just some more lemon would have made it a bit better! Not sure ifthe dryness would have felt the same if I wasn’t so full but combined with my full stomach it was not going down so well!

Dessert was a mixture of Greek desserts. I was wooing that we didn’t get any Baklava! Very dissapointing. Although I’m not a coffee drinker my friend seemed to think the coffee that was served with this dessert was ok.

In terms of service it was pretty good- although I was a little annoyed we got the dips, saganaki and dolmades all at once. It might have been nicer if they came out a little slower, particularly given by the looks of the quiet restaurant speed wasn’t necessary for their service.

All in all I think that there are plenty of better places to eat Greek in the city, but it wasn’t such a bad experience at Kyma. 6.5 out of 10?