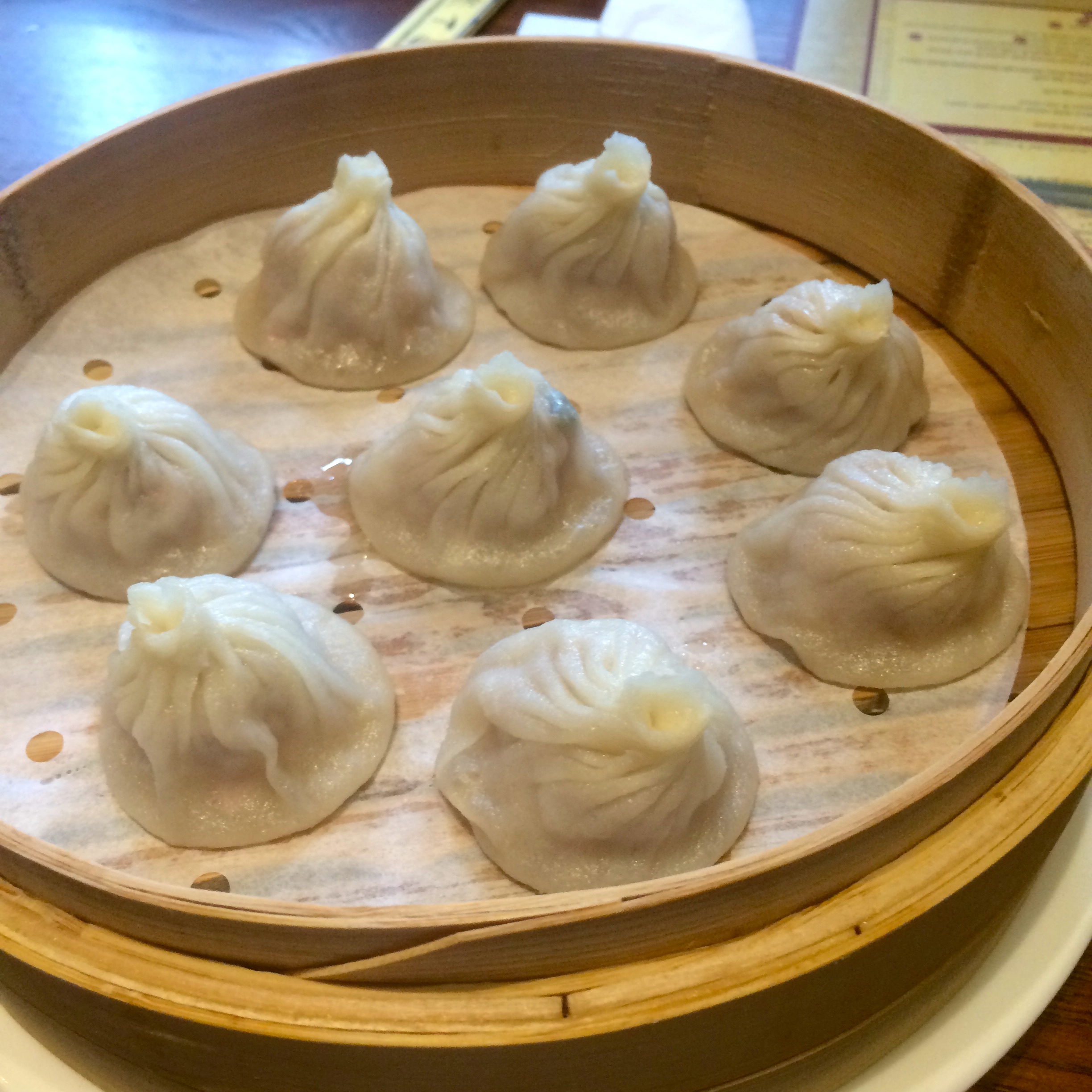 I first got a taste of New Shanghai’s signature dish, Xiao Long Bao, at the Night Noodle Markets. The restaurant had only recently arrived in Melbourne from Sydney so I didn’t know anything about them but I could sure realise that they made delish dumplings.

They were so good all I was craving for the two or three weeks after the Night Noodle were those Xiao Long Bao.

New Shanghai’s actual restaurant is located in Melbourne’s newest shopping complex; the emporium. It sounds weird to be sending you all to a food court for some of Melbourne’s best dumplings but the actual New Shanghai part of the food court is a separate restaurant.

Since tasting those dumplings at the Night Noodle Market I’ve returned to New Shanghai on many occasions and have always loved the food.

The restaurant itself is really pretty with authentic Chinese decorations that aren’t tacky at all, authentic round tables and long tables which many groups of people are meant to share. It’s a bit less hole in the wall than Ping’s Dumplings and the service is about 100x better (doesn’t take much to be that much better than the service at Ping’s).

My top dishes at New Shanghai are:

These are New Shanghai’s signature dish for a reason- full of juicy and tasty broth, good quality meat and amazing pastry they are seriously the best dumplings I’ve had in Melbourne (which is saying a lot considering my dumpling addiction).

Sometimes I come here and just order two serves of this and I leave feeling so satisfied. They also aren’t badly priced with a serve of 8 dumplings costing $7.80. Obviously this is slightly more than your average whole in the wall dumpling joint in Chinatown- but its definitely worth the price!

I’m extremely excited whenever I can find good quality Salt and Pepper squid. It just seems to be one of those dishes that is almost always just ok and never amazing.

Well after ordering this dish many times at New Shanghai I can definitely say that the salt and pepper squid passes even my strict test. Everytime I’ve had it the squid has been cooked to perfection and the salt and pepper batter/crumb they rub it in is super tasty.

I usually go by the very acceptable rule that anything with peanut butter in it has got to be good and I wasn’t wrong about these.

The prawn wontons were drowing in the combination of chilli and peanut butter which makes them super yummy. However they are pretty spicy so if you can’t handle at least medium dishes these are probably not for you.

I’m not vegetarian- mostly because I could never give up souvlaki but I do have a soft spot for vegetarian food and these vegetarian dumplings are really awesome.

Not just your generic vegetarian dumplings that you might find at any old dumpling house. In fact there are lots of options on the menu for vegetarians if you are one of them including this tofu and vegetables that my friend ordered last time we went.

I’ve never really liked pork buns- the texture and thickness of the pastry always put me off because I feel like I’m eating something more sweet than savoury.

However at the request of my friend we did order these and they weren’t half bad. There are plenty of dishes I’d order in lieu of these but that’s more because I’m still not sold on pork buns in general rather than the quality of this dish. They seem to be a crowd favourite from looking over at various other tables.

What to Eat at Melbourne’s Night Noodle Market 2015