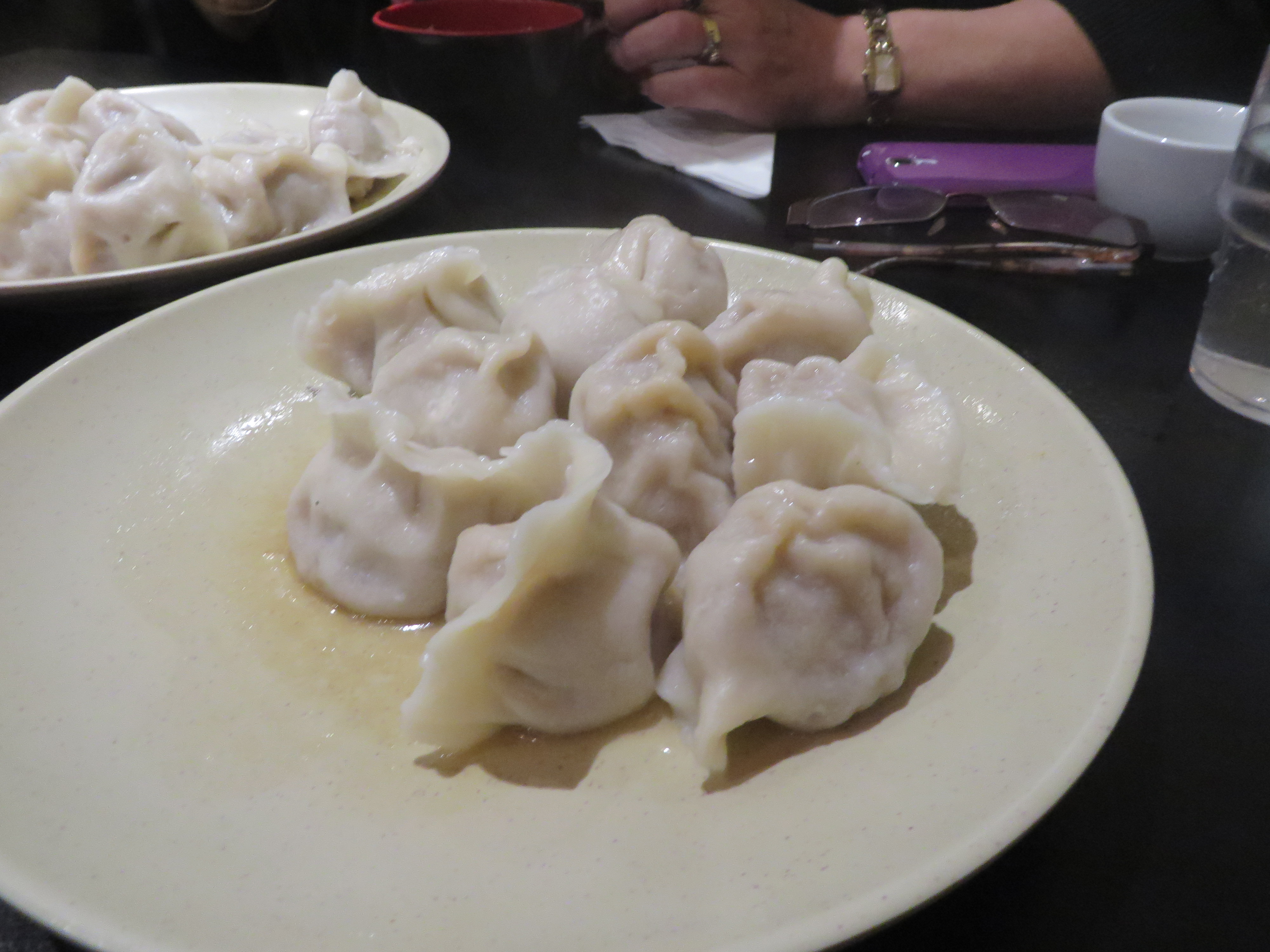 Dumplings are a bit of a phase in Melbourne at the moment. A few years back it used to only be the university students filling the little Chinatown restaurants up in search of a very cheap meal in a restaurant where they could BYO before going out for the night. Now all the good places in Chinatown will have a line waiting out the door even on a Monday night as everyone searches for the perfect dumpling.

Fortunately for me, living 30 minutes out of the city, the dumpling fad has extended all the way out to the suburbs and here in sometimes sketchy Clayton is one of my favourites, Ping’s Dumpling Kitchen.

Like any other good (or is it bad?) dumpling place definitely don’t be expecting much of a service. They’ll shuffle you into chairs, throw some menus at you and after that it’s just best to wrong all the rest of dining decorum out the window. Here it’s not just allowed but necessary to raise your hand to get their attention. The first few times I went I tried the polite route of trying to make eye contact or quietly saying excuse me but you shouldn’t really count on this to gather their attention away from the conversations they are having with each other or the bustle of the restaurant.

If you are lucky enough to not just order food, but ask for extra water, forks (you have to be a chopstick pro to manage to eat slippery dumplings with chopsticks and many of my friends I go with just aren’t), and extra serviettes you are in for an awesome dumpling feast. The staff will practically throw steaming piles of dumplings on your table but the sight of those delicious bundles of joy (yes they are that good) will mean you won’t think twice about yet another show of poor service.

The reason I like Ping’s so much is the flavour of the dumplings. The pastry may be less delicate than some people are used to but I absolutely love it. You don’t get the artificial or almost off tasting pork taste often found in dumplings from this place- it all tastes very fresh and it’s all loaded with tasty herbs. I usually order the beef and the chicken- in both the boiled and fried variety, but my personal favourites are the boiled beef. Take my advice and mix up a concoction of soy sauce, vinegar and chili- all handily provided on your table, it’s the best dipping sauce going around. All of my self-control goes out the window at this place- I practically have to roll back to my car by the time I’ve finished 20+ dumplings. Even when I’m lying on the couch like a beached whale regretting this decision about an hour later I still never learn my lesson and do exactly the same thing next time I go in. And that next time is usually pretty often; at one stage dumplings were my weekly Monday night meal.

A plate will set you back between $8-$8.80 for 12-15 dumplings depending on the variety you pick. So this is one of those places that I can ignore the very awful service in exchange for some delicious food at very cheap prices.