Nice is NOT Overrated 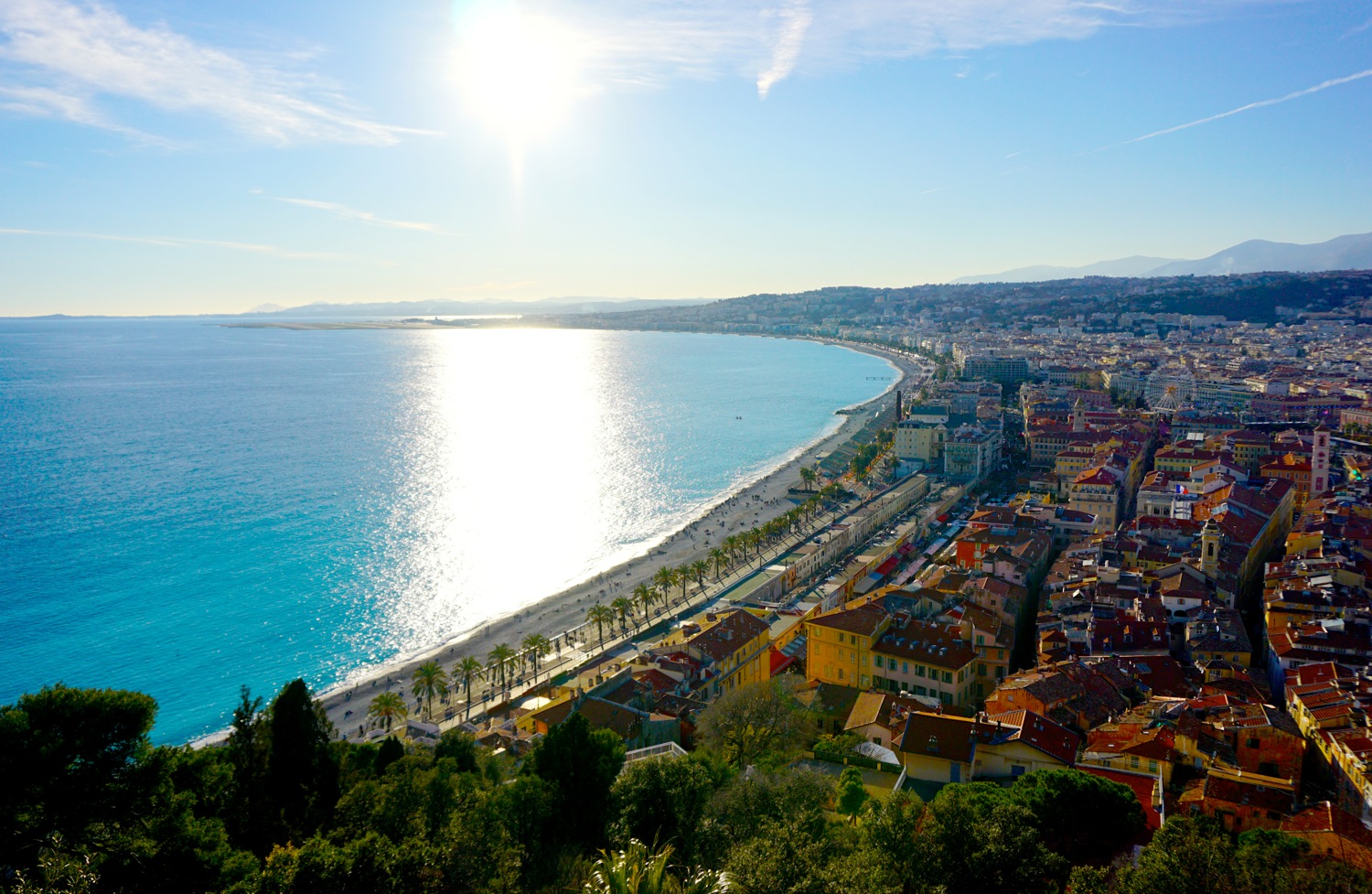 Nice tends to be a polarising destination; most of the people I know either love it or hate it. I definitely fall in the love category. But I can understand why some people just don’t like Nice. Yes it is expensive, yes it is touristy and yes I would absolutely not visit it in the height of the summer. But Nice is not overrated.

It’s beautiful. It is also so different to any other part of the south I visited. And it is surrounded by some beautiful natural scenery. For me, Nice was the perfect combination of nature and architecture.

I loved wandering the old part of the city and climbing up to the castle. I fell for the colourful buildings that make Nice look more like a film set than a real place. But I also loved hiking the mountains outside of Nice. And I loved chilling out on the beach.

Of course my trip to Nice was made extra special by the fact that I decided to couchsurf during my visit. Marc was seriously one of the nicest guys I have ever met and I got to see a side of Nice I never would have been able to see had I been staying in a hostel.

By the time I arrived in Nice from Aixe-en-Provence (by blablacar of course) and had lunch with my couchsurfing host, I only had the afternoon left of my first day exploring the city. Given the gorgeous weather I decided to head straight to one of the highlights of the main part of Nice; castle hill.

Hiking up to this viewpoint is the easiest way to get a great view over Nice. Compared with the mountains surrounding Nice, it definitely isn’t the highest point but it is the most accessible from the city. If you aren’t up for a hike up some stairs, you can wait in line for the elevator that will take you most of the way up to the top.

My climb up to castle hill was the first opportunity I got to see exactly how beautiful Nice is. It wasn’t just the long beach stretching out in front of me, but the mountains that surrounded the whole area.

The scenery was simply stunning. The park itself that you’ll find at the top of the hill is also really nice to explore. You’ll find kids playing in the park, locals and tourists alike picnicking in the area, waterfalls, and old castle ruins.

I decided to not walk down the stairs I had come up from but to wander down the other way. It was a great decision. I ended up wandering through a really beautiful district of Nice.

Here I found local children playing on the stairs, colourful buildings with balconies from which locals were drinking wine, an old French lady hanging out her washing, and seriously beautiful green shutters.

It only took a couple of blocks for me to be surrounded by a lot more tourists than locals but even these parts of Nice are beautiful. Nice is a city of small alleyways combined with a few main boulevards, and you never really know what you are going to find when you are wandering around.

I returned to my host’s place and he was lovely enough to fix me dinner before we ended off to a local concert with some of his friends.

The concert was basically a battle of local bands to see who would represent Nice at the next stage. We drank wine and beer, danced to a wide range of music and had such a great night. Whilst I could have spent this night checking out the very touristy Nice carnival, I had a much greater time hanging out with locals. The joys of couchsurfing!

The next day I got up relatively early to explore more of Nice. I found myself more in the tourist district today but I was surprised by the amount of quaint little cafes and local markets I was able to find even in this area. I just couldn’t get over the colours and patterns in the buildings of Nice. They look almost like a cartoon rather than real.

After a morning exploring Nice, I headed out to see a different side of this region; the mountains. My host and his friends are part of a local hiking facebook group. They organise hikes every weekend and people choose when they want to join.

We drove up to the starting point where we were met with more than twenty people. There were some locals and people from all parts of the world including Canada and Spain. Alas I didn’t need to pull out my rusty French in order to communicate.

The hike was simply amazing. We chatted as we hiked up to an abandoned old castle village. Exploring the ruins was really fun, but the star of the show were the snow capped mountains surrounding the whole area. But the village wasn’t our end point, we walked even further up to the top of a nearby mountain.

Once we got the top everyone started pulling out goodies that they had carried up with them. Out of the bags came cheese, baguette, wine, cider, salami and saucission, crisps, beer, chocolate cake and too many things for me to remember.

As we sat up there having a picnic, French style I was incredibly grateful for couchsurfing. It’s bought me so many great experiences and this was definitely one of the best.

We arrived back at the carpark after a few more hours of hiking just in time to see the sunset over Nice. So beautiful!

Although I was exhausted, I headed back into town later that night in order to catch up with two friends that I had met in Avignon (they had been so good to me when I was so sick!).

Although I hadn’t really eaten a lot of local Nice food (couchsurfing meant that we had a lot of shared meals which was so lovely), I did get to eat some moules frites that are so popular in this part of the world.

I had one last day in Nice, but I used this to do a day trip to nearby Eze and Monaco. But that story is for another post!

My final verdict on Nice; it’s a great spot to visit that is incredibly beautiful. But if you really want to see how stunning this region really is, try and head out into the mountains for some hiking!