One Month Until Lift Off: My Rough Plan for 15 Months Abroad 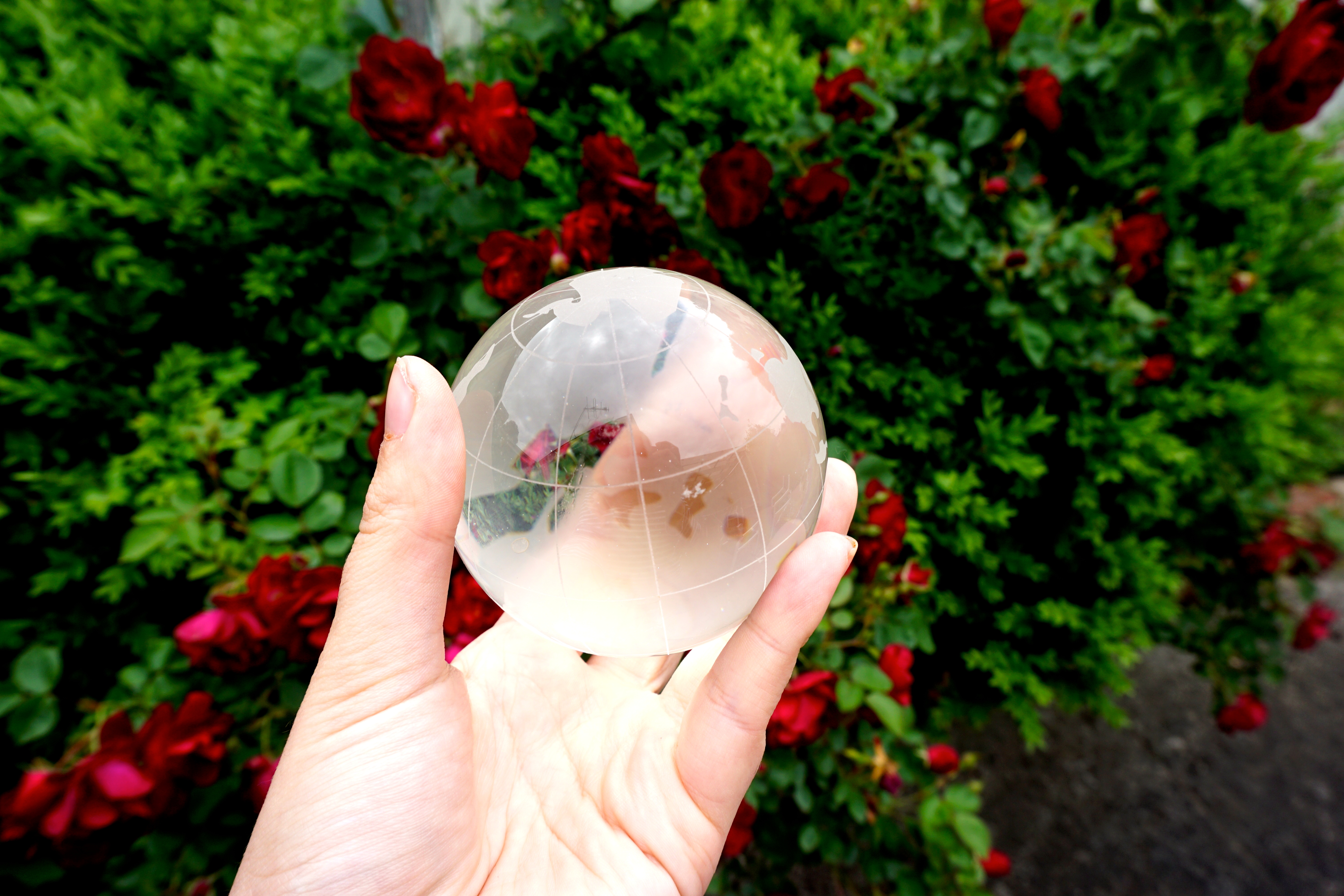 So today marks exactly a month until I venture off on a 15 month trip encompassing Europe, Central and South America.

I’ve been planning this trip for years; wanderlusting about certain destinations, researching about possible directions to travel in, devouring packing lists and working 7 days a week and saving almost all of my money.

It’s always been so far away. But suddenly it isn’t.

Over the next month I’m going to write a few post on my exact preparations for this trip.

Expect posts about what is in my backpack, my anxiety over leaving, saying goodbye to friends and family, and how exactly I’m getting around that pesky Europe Schengen Visa rule.

But as a beginning, I thought I’d start with my general plan for how I’m going to make my journey.

Obviously this is only a rough guide. I’ve no doubt that my plans will change. I’ll probably meet people that will tell me about an amazing place they are going next. I might get travel burn out and decide to rest a little longer in each place, or in one place for a long period of time.

But for now this is the plan

November isn’t exactly a whole travel month for me. At the start of the month I’ll still be in Melbourne sitting my law exams. I arrive in Paris on the 23rd of November because I needed to activate my French working holiday visa.

The very next day I’ll be heading to Vienna and going to see Alt-J my very first night there! I’ll be staying in Vienna for just under 10 days with my friends Lukas and Steffi. They were the first couchsurfers I ever hosted way back in 2013!

From Vienna I’m going to visit another couchsurfing friend Kenza, who is now living in Budapest. After three days with her I’m heading to Germany to spend two weeks exploring some of the smaller cities between Munich and Cologne .

I’m most excited about being in Germany for the Christmas markets, which are meant to be magical at that time of the year. Then I’ll spend what are sure to be five crazy days in Amsterdam before flying to Chester in the UK to spend Christmas with my Aunt, Uncle and cousins.

I’ll then catch the train to London just in time to ring in 2016.

This is where my plans get a little hazy as I’m trying to remain as flexible as possible whilst in Spain.

I think I’ll probably spend 10 days in Portugal before heading from Porto to Madrid to spend the rest of January and likely some of February exploring Spain. Spain has been calling me for as long as I can remember.

I don’t just want to explore the main cities of Madrid and Barcelona but some of the smaller, lesser known towns. There are so many UNESCO sites in Spain and I think I’ll let them direct me where to go!

Some time in February I’m planning on heading over the border to France. France was one of the first countries I ever visited back in 2009 when I spent 3 months on exchange in Normandy.

I’m very excited to explore a lot of the south this time. I’m also hoping to catch up with some of my friends from exchange that I haven’t seen in a very long time!

Switzerland is so close that I’m planning on spending a week there (I don’t think my budget can handle much longer) before heading back to Paris.

I’m not going to lie; my primary reason for heading to Belgium is to eat waffles and chocolate. But that is as good a reason as any right?

After Belgium I’ll cross the channel again to head to Scotland. I’ve been obsessed with the idea of Scotland ever since I fell in love with Diana Gabaldon’s ‘Outlander’ books. The Harry Potter nerd in me also can’t wait to explore Edinburgh !

After Scotland I’ll be heading to another country that has been at the top of my bucket list for a while; Ireland.

I want to spend a couple of weeks here exploring everything Ireland has to offer. I know the weather will probably be terrible but the idea of sitting in an Irish pub with an open fire and music makes my heart sing.

April and May- Italy

After 4 months of full on travel I’ll finally arrive in Florence where I’ll stay for two whole months. My university has a campus in Prato, an easy 20 minute train ride away from Florence.

By doing an exchange I’m avoiding delaying my course as much as I could be, and also eligible for some financial support from my university that will help fund my travels.

During my last trip to Europe, Italy was by far my favourite country! I can’t wait to immerse myself in the food, culture and history of this place.

I’m sure I’ll be making lots of weekend trips to explore more of this country. My mum and her boyfriend will also be joining me at some point as well.

I’m a water baby. I love swimming and I love beaches.

Thus I’m going to take full advantage of the beginning of European summer. Expect lots of swimming in Lake Bled, along the coasts of Croatia including Hvar island and in the bay of Kotor, Montenegro.

This is one of the only parts of my trip that I definitely have dates locked in for. I’ll be there from the 24th of June to the 26th of July!

The reason I’ve had to lock in these dates is because for all of July I’ll be taking off the solo travel hat and travelling with family and friends.

My grandmother is meeting me in Athens and we’ll explore the city as well as the cliff monasteries of Metereoa and the island of Chios; a lesser known Greek island almost off the coast of Turkey that my mum’s family are meant to be from.

After I say goodbye to my Nan, my friend, Kristine, will join me. We are planning on spending three weeks island hopping before my sister and her boyfriend meet us in Ios.

Being Greek myself I can’t wait to finally reconnect with my roots. Especially when it involves copious amounts of gyros.

I want to spend a couple of weeks traversing Turkey, where I’ll hopefully check hot air ballooning in Cappadocia off my bucket list.

Then I’ll be  heading off the beaten path to explore Romania and Bulgaria, two destinations I’ve wanted to visit ever since reading the Historian. You’ll find books play a huge part in my travel inspirations!

I’ve heard such good things about Prague and Krakow so they are definitely what I’m most exicted about this travel month.

I’ll return to Germany to visit Berlin before heading to Copenhagen to catch up with yet another couchsurfing friend.

October will be one of my biggest travel months. 7 countries within 1 month! I think I’m a little crazy.

I’ll be taking the Hurtigruten up the coast of Norway. Norway is definitely within the top five countries on my bucket list. Despite being one of the most expensive countries to travel to in the world, it will also be worth it to see the amazing fjords and if I’m lucky spot the northern lights.

So many blog posts on how amazing Riga is finally led me to make the decision to swap Sweden out for Latvia.

I’m mostly heading to Helsinki to visit Russia. From there you can catch a ferry to St Petersburg, and when you arrive by boat you are allowed 72 hours within St Petersburg without a visa!

I’d love to spend more time in Russia but it won’t be possible for me to get a visa whilst already on the road.

I’ll then take advantage of the free stopover in Iceland with Icelandic air before arriving in New York where I plan to devour as much broadway as I can.

My dad is also planning on meeting me in New York before we head to Mexico.

by  bud ellison – from the street

I’ll arrive in Mexico just in time for the Day of the Dead festival. ‘I’m only here for the food’ is an appropriate description for my burning desire to visit this country.

I’m still uncertain about whether or not I’ll actually do Guatemala; a few posts about security have left me feeling wary.

My beach baby self is so excited to not only visited the coast of Mexico but also Belize. I can’t wait to do some snorkelling (and potentially diving) on the UNESCO listed Belize reef!

At the end of the month I’ll head to Cuba. As a history buff I’m so excited to explore a country I’ve studied so much. I’m also eager to get there before it opens up and changes forever!

After spending the first two weeks of December in Cuba I’ll fly directly to the Galapagos Islands, off the coast of Ecuador.
I’ve heard that arriving without a ticket on one of the week long cruises is the best way to save money on what is usually an expensive trip to the Galapagos. Apparently if I’m flexible enough I should be able to pick up a last minute ticket at half the price!

I haven’t quite decided where I’ll visit the Amazon yet, but Huaroni Lodge in Ecuador is definitely one of those options.

I’m hoping after over a year of travel I’ll be fit enough to survive the 4 day Inca trail trek to Macchu Pichu!

After Peru I’ll head to Bolivia to give my budget a much needed respite. Apparently Bolivia is super cheap!

My very last month of a whirlwind trip will begin in Chile. I don’t think I’ll be able to spend very long there, considering what I’ve heard about it being one of the most expensive countries in South America.

There will be some very long buses as I make my way from Valapariso Chile to Buenos Aires, Argentina, to Iguazu falls and finally onto Rio.

Carnivale in Rio seems like a very appropriate end to this trip.

You can follow all of my travels on the following social media accounts:

Want to travel with me?

If you live in any of those countries, or are planning on being in any of them at the same time as me send me a message on any of my social media accounts or an email at adventureliesinfront@gmail.com. I’m always happy to take a break from solo travel!

An Update On My Travel Plans