Qantas Frequent Flyer Update: How I’ve Built My Points to 150,000 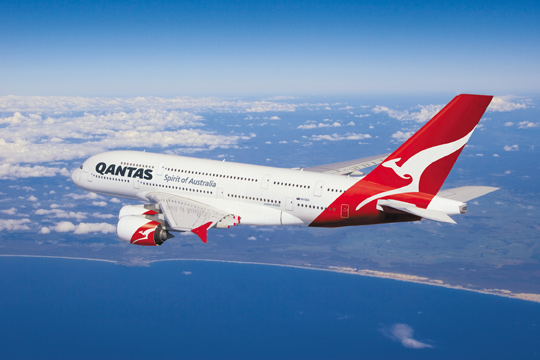 Months ago when I had only just started this blog I wrote about frequent flyer options in Australia and what I had done to build my frequent flyer points.

This seems to be a post that keeps on giving- it receives lots of views nearly every day despite its age and I’ve gotten great feedback from readers and even my personal friends about this post. It’s clear that you guys want to hear more about earning points in Australia!

When I wrote that post I had 65,000 points- over the last 6 months I’ve almost tripled that amount by taking advantage of promotions and earning points in rather creative ways. I thought I’d give you an update on just how I’ve earned those points so that you can hopefully also take advantage!

I started doing some banking with Bankwest when they had their 10,000 qantas bonus points promotion on.

Lucky for me this meant I was a subscriber to all of their reward emails and when an email popped up advertising 30,000 bonus points for $100 annual fee for their Qantas Mastercard I quickly jumped at the opportunity.

I still do use this card a fair bit for everyday spend on my VISA as it provides 0.5 points for $1 spent on top of the bonus points.

Unfortunately now the reward has dropped to 20,000 but I still think its worth the deal as for me 20,000 points is equivalent to about $200 worth of flights.

This was a far more creative way for me to earn Qantas points and one I mentioned in passing in my old post. Back then I’d just started paying monthly premiums in order to secure these bonus points.

Basically I purchased Onepath life insurance and Onepath income protection at the lowest premium- about $10 a month for both of them and after paying for 6 months of premiums I picked up a handy 20,000 points- pretty good value.

After getting these points I promptly cancelled the policies.

Recently Qantas launched its online mall where you earn points on every dollar you spend online shopping with one of their partners.

You have to sign in through the Qantas online mall page with your frequent flyer information and make sure your cookies are active and they will track your spending on any partner you click on.

David Jones is one of the best rewards with 5 points per $1 spent in the store, plus the extra point per $1 you might get for using a rewards credit card. There are links to popular online shopping sites such as the Apple Store, Ebay and the Iconic as well.

Just before Christmas, Qantas offered double points for spending through the online mall so I did most of my Christmas shopping here. I picked up an Ipad for Dad for Christmas and earned 11 points on a $300 sale = 3,300.

In light of this promotion I also decided to bite the bullet and buy a Macbook Pro- something I had been planning on doing a couple of months down the track. I bought it through David Jones and earned a nice 16,500 points. Not a bad return for some awesome retail therapy!

NAB credit card insurance works in a way that you only pay for every dollar spent on your credit card.

Given that after earning my bonus points on this card I had stopped using it, that meant I could add insurance without paying anything for it. I earned a nice and easy 1000 points for having it attached to my card while I didn’t use it.

NOTE: If you are planning on using this card you will get charged for the insurance based on the amount you spend on it.

It is amazing how much your everyday spending can add up. I probably picked up another 10,000 points on spending alone by putting lots of Mums spending on my credit card (for which she paid me back) or my sisters spending or paying for dinner when I went out with friends or even paying the bills for the house. Whilst it might not seem like a lot it does add up.

While I didn’t earn an enormous amount of points on this card I thought it was worth mentioning again. Qantas Cash is a travel card that you automatically get when you sign up for the Qantas Frequent Flyer Program.

It’s actually located on the back of your frequent flyer card. I activated and used this for our trip to Thailand. You can load it with certain foreign currency such as US dollars, Euros, Pounds, and in our case, even Thai Baht.

It will charge you to get money out so I used this card only for credit card transactions which was unfortunately very few in a cash driven economy like Thailand (if you are interested Citibank is the best account to have for getting cash out at ATMs overseas).

However I can imagine the $1 per $1 spent in foreign currency will come in handy for my upcoming trip to Europe as I’ll be able to avoid the annoying foreign transaction fees on my credit cards but also earn points on my spend.

More points on their way…

I got my NAB card purely for the 20,000 bonus points and haven’t used it since. So I recently went to cancel it before I got charged my next annual fee.

NAB offered me an annual fee waiver and 5000 Qantas bonus points if I kept the cards. It was an opportunity I couldn’t pass up particularly because this account is pretty much identical to the ANZ twin cards I use for my everyday spending.

I’ve since cancelled my ANZ cards because they couldn’t match the fee waiver. So my credit card spending has now shifted to NAB.

I’ve recently applied for this credit card and they have told me that once I send them confirmation of the cancellation of my ANZ cards (thus lowering my overall credit limits) I’ll definitely get approved for it. It comes with a slightly hefty $195 annual fee.

However I can justify this because it comes with free travel insurance that is actually very good (it’s with Allianz and the PBS seems to cover most things).

Its only up to 90 days away, so after that I’ll have to purchase a policy but it’s still a great saving for me and mitigates the high annual fee.

Also it will be the first card I’ve been approved for that has a $1 for 1 point spent on a Mastercard card. At the moment I’m forced into only getting 0.5 points per $1 at the many places that only accept Visa/Mastercard. Thus this card looks like it will soon become my regular spend credit card.

My advice for you…

If you are new to the Qantas Frequent Flyer Program I’d still recommend applying and getting approved for this credit card:

ANZ has renewed its promotion for 50,000 bonus points, although you do now have to pay a $95 annual fee. It’s still the best points value reward you will find at the moment.

Start by getting this card and putting your spending on it. You’ll build you credit rating while also earning enough points to get you to Europe (a one way trip is only 56,000 points).

You can then easily earn more points by doing things like utilising the Online Mall, shopping at Woolworths and using the Qantas Search Toolbar (all of these are explained in this old post).

Qantas Frequent Flyer Program: How to Earn Points Without Credit

How to Avoid the Jetstar Credit Card Booking Fee