The Refugee Crisis Should Not Stop You Visiting Chios Island 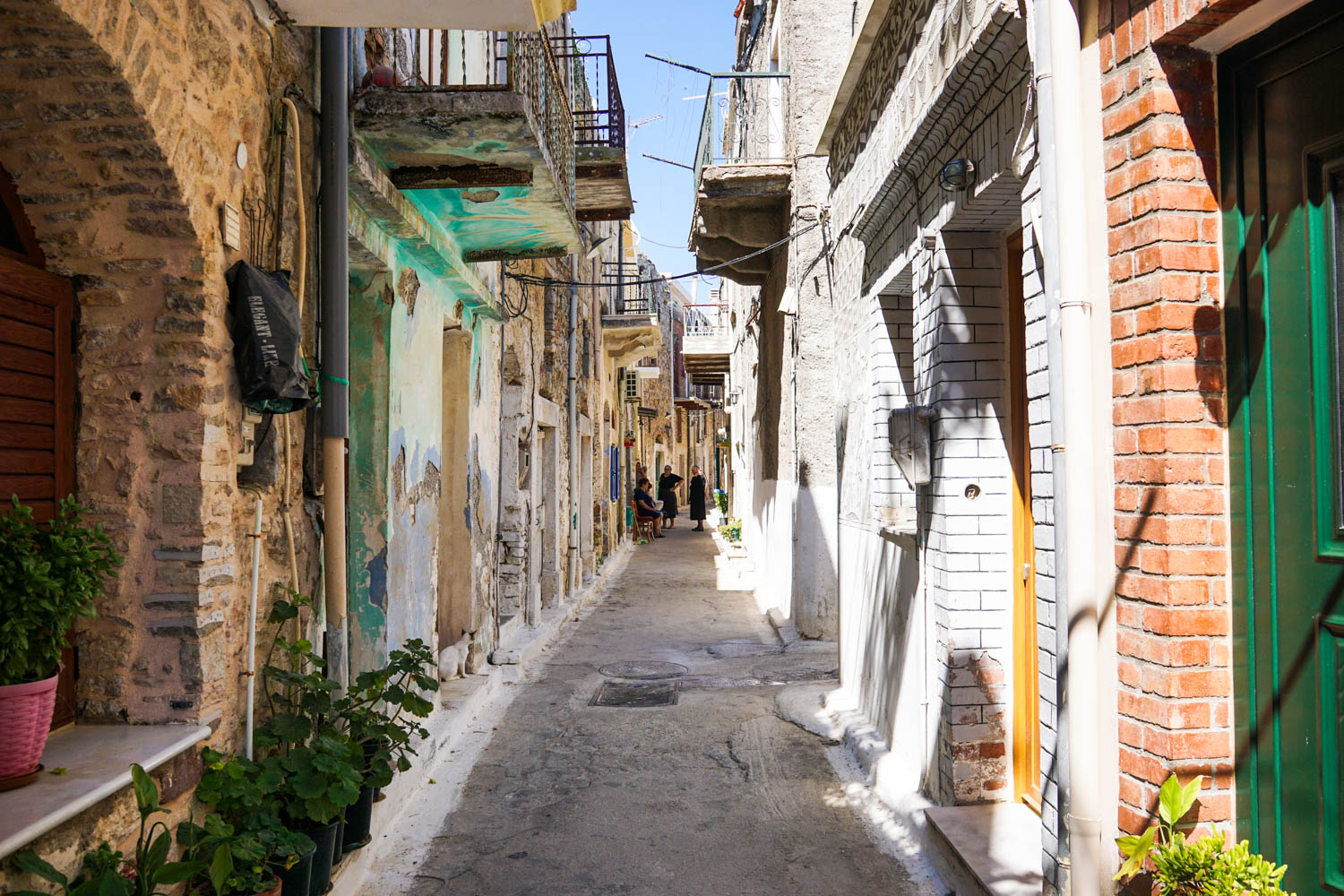 Yesterday I posted about my time in Chios, and how it was one of the most incredible places I have visited during my 15 months of travel.

Whilst I described the island as close to Turkey, what I didn’t touch on in my post was how the refugee crisis had affected Chios. That’s because I felt like I needed to dedicate a whole separate post to this issue.

Every time we walked into an empty restaurant, stayed at a near empty hotel and found ourselves the only visitors to a tourist site, I felt great empathy for the people of Chios who rely so heavily on tourism. Every time I saw their faces I wanted to write this post because I want people to start coming back to Chios, if only for those people.

Hence the point of this post is to inform you about the refugee issue on Chios, how it is being dealt with and my own experience visiting the island.

Are there refugees on Chios?

The answer to that question is yes, there are a number of refugee camps/settlements on the island and given the proximity to Turkey refugees do arrive on Chios regularly. There is a permanent UNHCR services on the island to provide support to incoming refugees.

Will the refugee crisis affect my visit to Chios?

Just because there are refugees on Chios, doesn’t mean you shouldn’t be visiting the island. I think a lot of people when thinking about refugee islands remember the media coverage from 2015, showing towns crowded with refugees sleeping on the streets. They remember accounts of resources being overtaxed, of water not running and of generally a crisis unfolding on the island.

Personally, even if this is what was still occurring on Chios I’d still have visited, although I might have spent a bit more time on the island assisting those poor people rather than exploring. However this is not the case with Chios today. Firstly, Chios is a large island so it is far better equipped size wise to deal with a large influx of people than its neighbour Lesvos.

Secondly, a year later and the Greek government with the assistance of the UNHCR has gotten organised about helping refugees and thus there isn’t any element of chaos or crisis. Refugees are met immediately at the port by a UNHCR bus, the Greek government is allowing many of them to come via normal ferries to avoid more deaths at sea in terrible boats, there are permanent and temporary residences and there are processing centres set up on the island.

That doesn’t mean that life on Chios is great for refugees. The camps are still not up to standard and the EU could be doing a lot more to assist Greece rather than using a very stupid resolution to shirk their responsibilities. But without getting too political, the situation in Chios is much improved and you won’t find refugees lining the streets.

Did I see refugees on my visit?

During my whole time in Chios, I saw refugees three times. Once, a group of them were out shopping in Chios town. A second time, I saw a UNHCR bus travelling from the port in Chios town.

The third time was perhaps the most extreme, as a crowd of refugees stood near the port to watch us get on our ferry to Athens. A very small amount of them tried to get on the ferry, only to be quietly and easily ushered aside by the two soldiers that prevent things every night. It was also very peaceful; I think it’s something that these kids try every night to the point that it is a little bit of a joke. The rest of them just seemed to enjoy wistfully witnessing that boat pull away, perhaps with wishes they were on it. If anything, it made me feel incredibly sad, not at all unsafe.

If you are concerned, avoid Chios town

You might have noticed a common theme with each time I saw refugees. All three times I was in the islands’ capital; Chios town. But the fact is, Chios town is nowhere near the charming part of the island. Parking is hard there, the accommodation is minimal and there is no beach. With or without refugees on the island, I’d always recommend staying somewhere along the beach or in one of the more charming villages. Karfas is a nice, central location on the beach and was the perfect base for us.

This is what I most wanted to emphasis in this post. Just seeing a refugee shouldn’t immediately “ruin” your holiday. If it does, I’m not sure you would be cut out for travel in the first place. I saw families, and children, and young men that were just trying to escape the existence that, unlike you and me, they were unfortunate enough to be born into.

The whole time I was in Chios, even when I was in Chios town, I was not asked for anything by refugees or anyone else for that matter. I saw no beggars on the streets and I was never harassed or hassled by anyone. That isn’t something I can say of most touristy European capitals where you can’t even walk 5 metres down the road without someone trying to ask you for money.

And if a refugee had came up to me and asked me for money, I would have opened my wallet. Given that Chios is twice as cheap as every other Greek island I visited, it wasn’t like I didn’t have money to spare.

What made me the most uncomfortable about my whole stay on the island was realising how hard the people of Chios had been hit by people’s decisions to stop visiting. The people of Chios are the most genuine, kind and lovely people that I met during my whole month in Greece.

So please don’t let some irrational fears about refugees deter you from visiting what I think is one of the best places in Europe.

What to Do in Paros, The Perfect Paradise