Stepping into a Fairytale in Sintra, Lisbon’s Best Day Trip 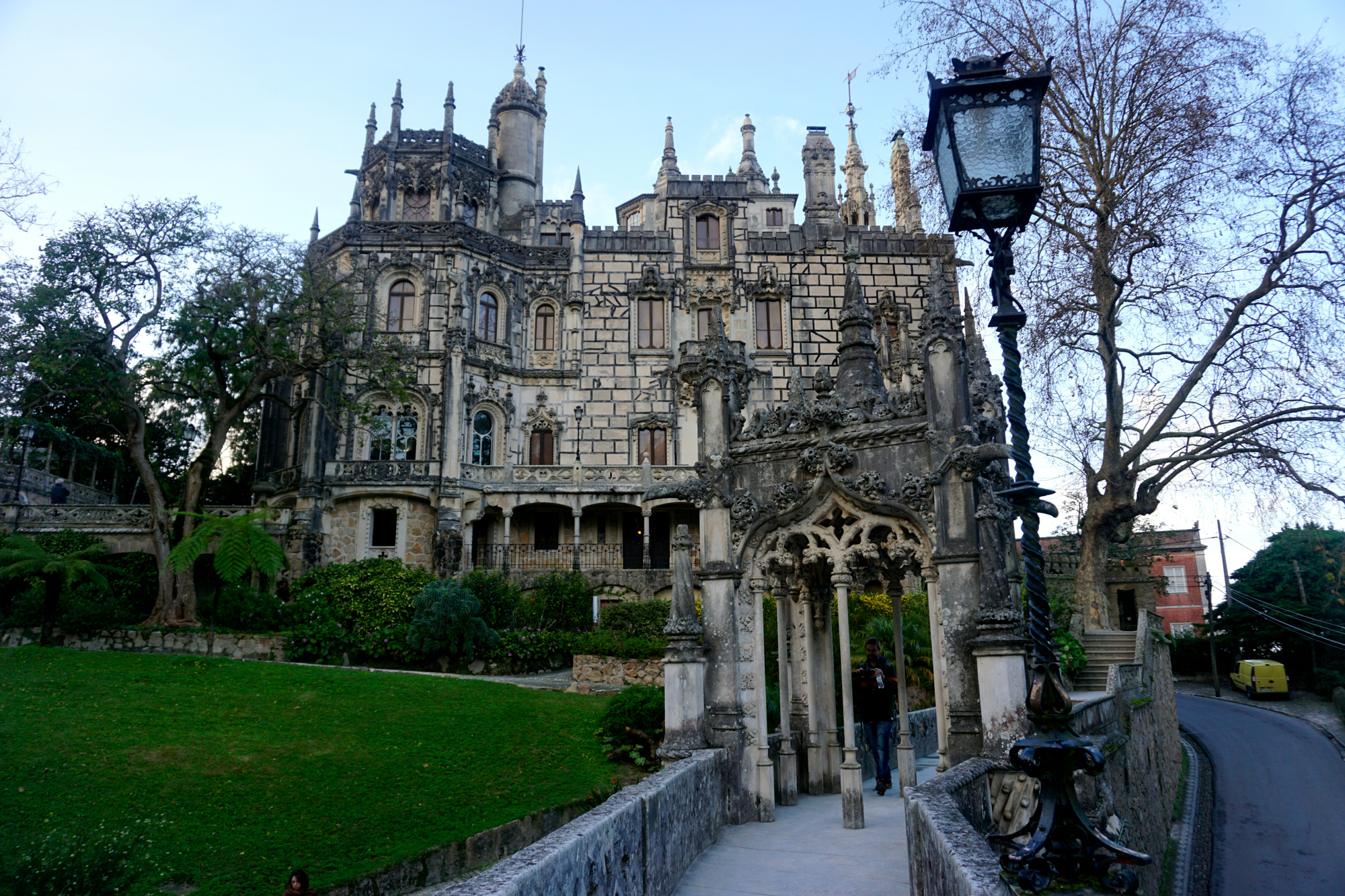 Any visit to Lisbon is incomplete without a day trip out to nearby Sintra. I scheduled extra time in Lisbon because I wanted to use it as a base for some day trips to nearby towns and places. Sintra was the top of my list.

I loved my day in Sintra. The weather was spectacular, the sunniest and nicest day I had the whole time I was in Portugal.

It was great to get out of the big city and both of the palaces we visited had lovely huge grounds that we spent hours walking through. It was refreshing to spend some time out and about in what was essentially a forest rather than hitting the pavement in the city.

Sintra is Lisbon’s most popular day trip and that is clear from the hostels, hotels and tour operators that advertise group or private tours to this town from Lisbon.

But I would absolutely not recommend signing up to any of them. It’s incredibly easy and incredibly cheap to do Sintra independently and using the great public transport system out there.

All you really need to do to visit Sintra is head to Rossio train station (in Rossio Square right in the centre of Lisbon) and hop on a train that leaves regularly to Sintra. It’s basically a local/suburban line and the return trip will cost you less than 5 euros.

There are a range of local buses that run just to get tourists out to the palaces and it’s relatively affordable (another 5 euros from memory) to get a ticket on one of them once you arrive at the train station in Sintra. It’s also easy to walk into town.

Sintra was once where the Portugese elite and royals used to go to get away from the city. The hills surrounding the town are dotted with many palaces, castles and ruins.

Whilst 99% of people do Sintra as a day trip, you could easily spend two to three days exploring these palaces. But with only one day the best plan of action is to head to Sintra’s two most spectacular sites; Pena Palace and the Regaleria.

Pena Palace looms over Sintra from its perch on the top of the hill. From the minute you spot it in the distance it’s size, architecture and colours are astounding.

It was built in the 19th century and is a clear example of the Romanticism design/architecture of the period.

My first impression of Pena Palace was that it didn’t look quite real. With it’s various colours and random shaped towers and buildings it almost feels more like a cartoon palace than a real life one.

It felt something you’d happen to stumble upon in Disneyland rather than a full blown palace in the Portugese countryside.

We spent at least an hour exploring the labyrinth that is the miss matched buildings of the Pena Palace.

It was interesting that from the inside the palace resembled many of the other palaces I had visited in Germany and the UK. There was a lot 19th century furniture and typical furnishings. They seemed at odds with the almost eccentric atmosphere of the outside of the building.

My one complaint about my visit to Pena Palace would be the lack of proper explanations and information. Whilst there were some information boards they had long winded almost fantastical explanations on them rather than real information about the history of the Palace.

The Grounds of Pena Palace

After we had seen the palace itself we headed to the extensive grounds to explore some more. I think we spent more times on the grounds than we did in the palace. They are huge and there is so much to discover.

We found grottos, water features, lakes, interesting landscaping designs, little bridges and rivers. At the back of the grounds we discovered horse stables, and forest and little cottages. Again I couldn’t quite shake the feeling of being in a fairytale.

The beautiful weather and the combination of feeling like a kid whenever we happened upon some new discovery meant that the grounds of the Pena Palace were the highlight for me.

Make sure you don’t just skip off after you’ve seen the palace and take the time to explore them!

After catching our return bus back into town we just had enough time for a rather unconventional lunch.

The best thing about being an adult in my opinion, is your ability to eat whatever you like whenever you like. I’ve routinely just had ice cream for dinner while travelling in Europe. I’ve eaten chocolate for breakfast and cake for lunch.

In Sintra we had pastries for lunch. Our hostel recommended trying Sintra’s two famous pastries; travesserios and queijade from Café Piriquita.

I talk about these apple based delicious desserts more in my Portugese food round up, but the short version is you absolutely can’t leave Sintra without eating them.

Even if you want something more substantial for lunch, head here for afternoon tea.

The first word that comes to mind when I think of the Quinta de Regaleria, or just ‘the Regaleria’ as it’s often referred to, is whacky. Or maybe quirky. Or even magical.

The Regaleria is the product of one very wealthy man, Carvalho Monteiro and his more than slightly eccentric architect, Luigi Manini. The Regaleria become to Luigi Manini what the Sagrada Familia was to Gaudi, his life’s work.

The grounds of the Regaleria take hours to explore. It’s a jumble of buildings, gardens, tunnels and grottos. Much like the Pena Palace, it seems more like the setting of a fairytale rather than a real life place.

Much like other buildings of the Romanticism period it incorporates many different styles of architecture such as Neo-Gothic, Neo-Rennaisance and even Neo-Islamic styles.

But what makes the Regaleria so special is the different types of symbolism and inspiration you’ll find all over the grounds. You’ll find symbols of alchemy, masonry and the Knight’s Templar scattered everywhere.

Visiting the Regaleria is much like being a part of a secret society. You’ll find tunnels that will lead out to a complete different part of the grounds (and not the part you thought you were going to come out of).

You’ll find grottos with tunnel entries underneath; you just need to use the pebblestones to cross the river to find it. You’ll find wells with spiralling staircases up the top. And towers to climb. It’s very easy to get lost, and in fact I recommend it.

Other Places in Sintra

As mentioned above, there are many other places to see in Sintra. The Moor Castle, the National Palace of Sintra, the Monserrate Palace and the Setais Palace are the most popular.

But I feel that it is too ambitious to fit more than we did into just one day. We left exhausted.

If you want to explore beyond the Pena Palace and the Quinta de Regaleria than expect to return to Sintra or make it an overnight trip.

Where to Stay in Lisbon?

Personally I’d never stay anywhere else other than the Yes! Lisbon Hostel. It’s still the best hostel experience I’ve ever had. The staff are incredible and will know who you are from the minute you check in, the facilities and rooms are super clean and they have an amazing dinner deal where you get a three course meal for €10 which includes unlimited beer and sangria for two hours.

We would often find ourselves sitting back on the bean bags or the bed in the common area just watching movies all afternoon. Or drinking at the hostel until 6am every night and being made late night pizza by the staff. It’s the kind of place where you make friends for life and it’s probably a huge reason why I loved Lisbon so much.