SYDNEY TAXI DRIVERS ARE SOME OF THE WORST IN THE WORLD 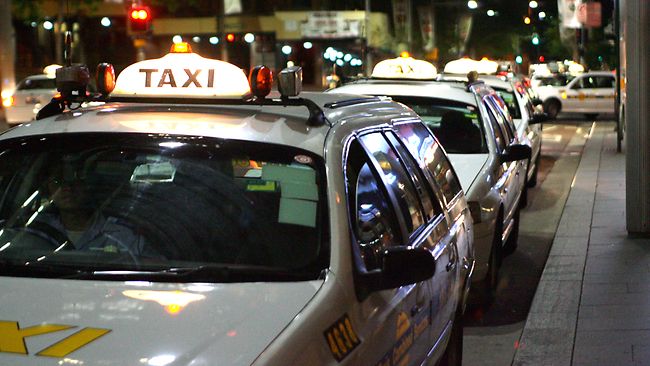 Anytime we visit a new city, or even every time we go out in our own city, we rely on taxi drivers to get us places. Included in this reliance is a hope that they will know where they are going, that they won’t rip us off by rigging the meter or taking indirect routes. Even more importantly we put trust in taxi drivers, particularly as a group of young women not to do anything untoward; everyone has heard of the taxi drivers taking advantaged of roofied girls, or the ‘rape’ taxis that pose as taxis and take advantage of female travelers as well as male travelers by stealing and assaulting them. From my experience a positive or negative experience in a country or city can be shaped by the kind of taxi drivers you come into contact with- one of the reasons why I usually take the bus and not just because it’s the cheaper option.

My experience with taxi drivers in Melbourne has been pretty good- we even once had a taxi driver pick us up at a tram stop and give us a free ride because he was going that way to pick people up. When I think of bad taxi drivers I automatically think of more developing countries, such as the taxi driver in Hanoi that tried to rip us off when he rigged his meter and charged us 4x the amount it would usually take to get from the train station back to our hotel. I never expected for the taxi drivers in Sydney to be as bad as they were.

It all started very well, the assistants at the taxi rank were able to get us a maxi taxi that fit all 9 of us- they didn’t even try to convince us to go into three smaller taxis to make more money. However the taxi driver didn’t seem to know where he was going- a theme that was soon to become apparent with our experiences of Sydney taxi drivers. He asked us which way we wanted to go and told us he wasn’t sure what the fastest way he should be going, he seemed to get lost at times, and he would constantly look at me to clarify directions ‘that the one near world square yes?’ to which my response was always ‘I don’t know I’m not a taxi driver in Sydney’. It was extremely frustrating.

However the Sydney taxi drivers had left the worst for last. On our way home we had 16 people that needed to get to the airport, via our hotel to pick up our luggage. We ordered two maxi taxis and they arrived on time which was great. We had a taxi of 10 and a taxi of 6- both different sizes so therefore charged differently. However we were in the maxi of 6 and the guy absolutely refused to put the meter on- he said the meter was running in the 10 person maxi so it didn’t need to be on in ours. When we got to the airport both of the taxi drivers attempted to charge us $110 for the trip, even though we had four less people in ours and they had originally told us $74- which proportionately would have added up. They kept being adamant that there is no difference in the charge between different sized maxis in Sydney but I find that extremely hard to believe, as the taxi driver in our cab would have no incentive to not turn the meter on if he wasn’t trying to rip us off. They got very aggressive as we told them we were only paying $74 and I told them I would be reporting both of them to which they responded they would report us- which we thought was really laughable as they were clearly the ones in the wrong. We paid out $74 and got the hell out of there!

After that final experience it was clear- Sydney taxi drivers were really some of the worst in the world! Do you agree? Have you had similar experiences?

24 Hours in Sydney: Eating My Way Across Sydney

A Weekend Eating in Sydney