24 Hours in Sydney: Matilda and Walking the Sydney Harbour Bridge 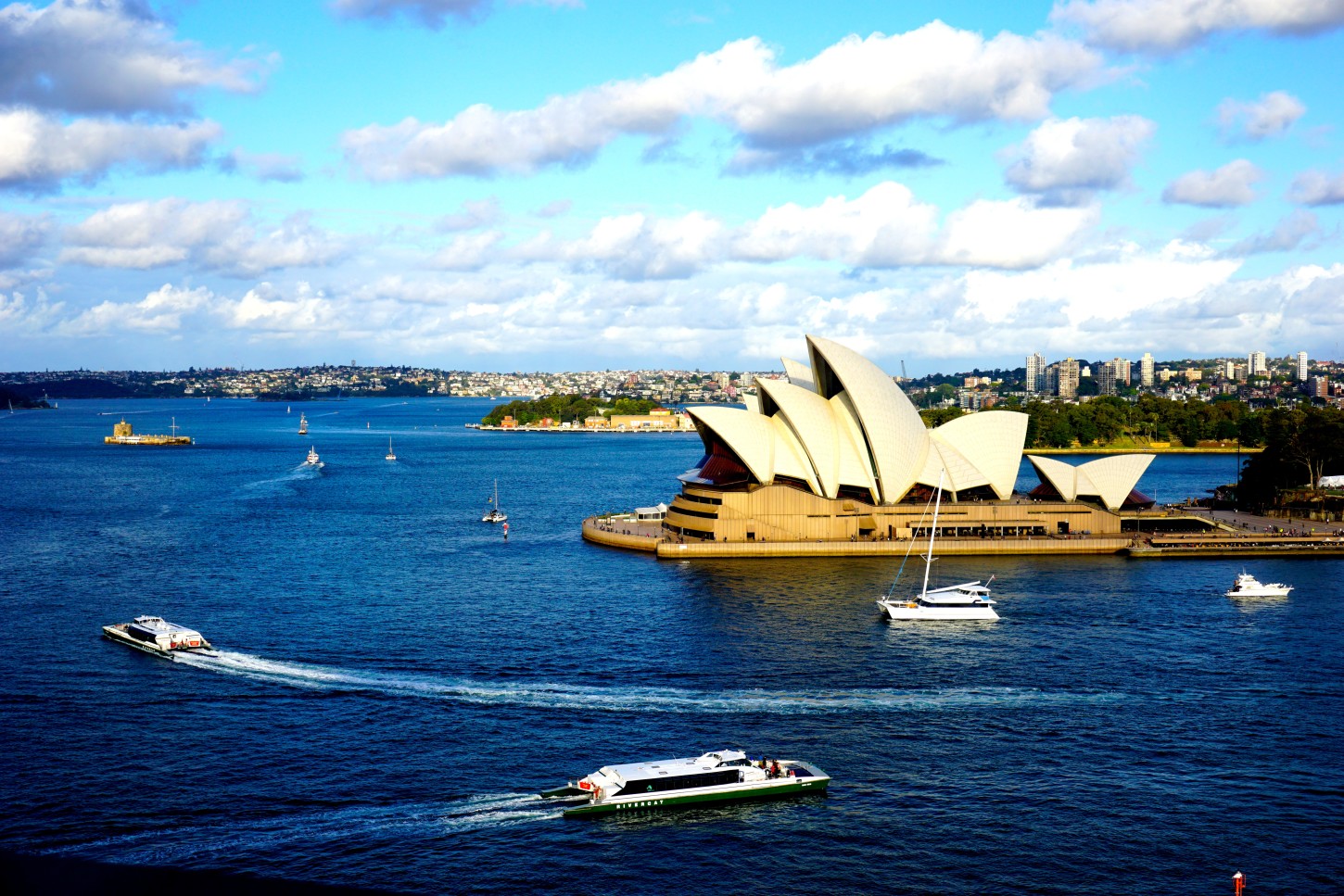 In my last post I wrote about what I ate during the 24 hours I spent in Sydney last weekend.

But I didn’t get to write about all of the things I did in those 24 hours. In the interests of proving that I didn’t spend my whole day just stuffing my face, I thought this post was necessary.

As you’ll know from Monday’s post, I didn’t have huge plans for Sydney. I didn’t want to rush around to see absolutely everything Sydney had to offer. I’d seen most of it before in previous visits to the city.

In fact I really only managed to do two things of note (other than eat of course) during my time in Sydney; walk across the Sydney Harbour Bridge and go to the theatre to see Matilda the Musical.

Walking Across the Sydney Harbour Bridge

The Sydney Harbour Bridge is one of the most recognisable landmarks in all of Australia.

I’ve managed to see it more than a dozen times, from my very first trip to Sydney in 2000 when it was adorned with the Olympic Rings to watching it erupt with fireworks during the 2013/2014 New Yorks celebrations. I’ve even taken a ferry under the bridge, and drove across it on a bus.

But I’ve never taken the time to slowly walk across the bridge and experience it, and Sydney Harbour from that perspective. So when my mum’s boyfriend said he wanted to take the walking trail across it, I jumped at the chance.

Walking across the bridge is a great free activity in Sydney. Whilst you can pay upwards of $200 to climb the bridge, it is free to take the pedestrian footpath across it.

We started our walk at the Rocks. The Rocks is one of the oldest parts of the city and is home to some heritage-listed buildings, as well as informative history about the area and colonisation in Australia. It also has some great pubs! It’s one of my favourite places in Sydney to explore and grab a drink.

A short walk from the Rocks gets you to the direct path across the bridge. The distance itself is only 500m so other than climbing the couple of flights of stairs to get to the path in the first place, it’s not a very arduous walk.

Despite its short length we took quite a while to walk across the bridge as we stopped every couple of metres or so to stare down at the beautiful Harbour below and snap some amazing photos.

But the real reason you want to do this walk is for the amazing views of the whole city, including the harbour littered with ferries and boats and the Sydney Opera House.

It was a great way to spend the afternoon and hopefully work off some of that Nutella fried icecream I had eaten an hour before.

When I first realised that I would need to make the trip to Sydney to put in my application for my French Working Holiday Visa my plan was to fly in and out on the same day.

This would minimise expensive Sydney accommodation costs and would mean I wouldn’t have to struggle to get to work on Saturday morning.

But when I realised that Matilda was doing the very rare thing of premiering in Sydney before Melbourne, I knew I had to use this opportunity to see it.

By the time it makes its way down to Melbourne I’ll be off on my 15 month trip.

The fact that my appointment was on Mum’s birthday cemented my plans as she decided to make the trip up with me to see the show.

I’ve spoken extensively of my love of theatre and how it was fostered from a very young age by my Nan who would often pile my cousins and I onto a train to Melbourne for a show.

In the past year or so I’ve been lucky enough to see five theatre shows while they were on in Melbourne; Les Miserables, The King and I, Wicked, Once and The Lion King. Whilst I don’t think I’ll love anything as much as I loved Wicked, I really adored Matilda.

I grew up reading the book and watching the movie and whilst I couldn’t comprehend her crappy parents and super powers, I could definitely identify with her love of books and long periods of time spent in the library.

Whilst most of the shows I’ve seen have been serious and sombre affairs, Matilda is definitely more of a comedy. It’s easy to recognise Tim Minchin’s influence in the funny songs, ridiculous humour and hilarious spin on the story.

I also loved the continuity of songs throughout the show; with the same ones appearing in different forms at certain points in the show.

It’s got that element of fun that resonates with all ages and thus is a great family musical! I’m so glad I got to experience it while it’s on in Australia!

Tips on Staying in Sydney

Accommodation in Sydney is notoriously expensive. Even 6 weeks in advance, we were unable to find anything remotely affordable on a hotel level.

We ended up getting this Air BnB. It was one room with a double bed in an apartment, but they were able to set up a mattress for me.

The apartment was beautiful and located in the central and exciting area of Haymarket/Chinatown and cost us $125 a night. The hosts were very hospitable and reliable when it came to checking in.

If you haven’t used AirBnB before you can save up to $25 USD (about $30 Australian) on your first stay by signing up at this link: www.airbnb.com.au/c/bjeffs1?s=8

It’s free to walk across the Sydney Harbour Bridge. If you don’t feel like walking all the way over the bridge and back, there are train stations on both sides of the bridge; Wynyard station at the city side and Milson’s Point at the other end. We got off at Wynyard, walking across the bridge and caught the train from Milson’s Point back into the city. The train cost us $4 and tickets were easy to get.

Tickets for Matilda range from $99 to $200, with discounts existing for children and families. We paid $125 to set in the Dress Circle. My one tip for booking theatre tickets is to always try to get a seat in the middle of the row, even it means you will be a bit further back!

As mentioned above, our Air BnB cost $125 a night and you can book it here. You can also save $25 off your first stay here.

Embracing the Christmas Spirit in Vienna: A Guide to Vienna’s Christmas Markets