Taco Hunting: What to Eat in Mexico City 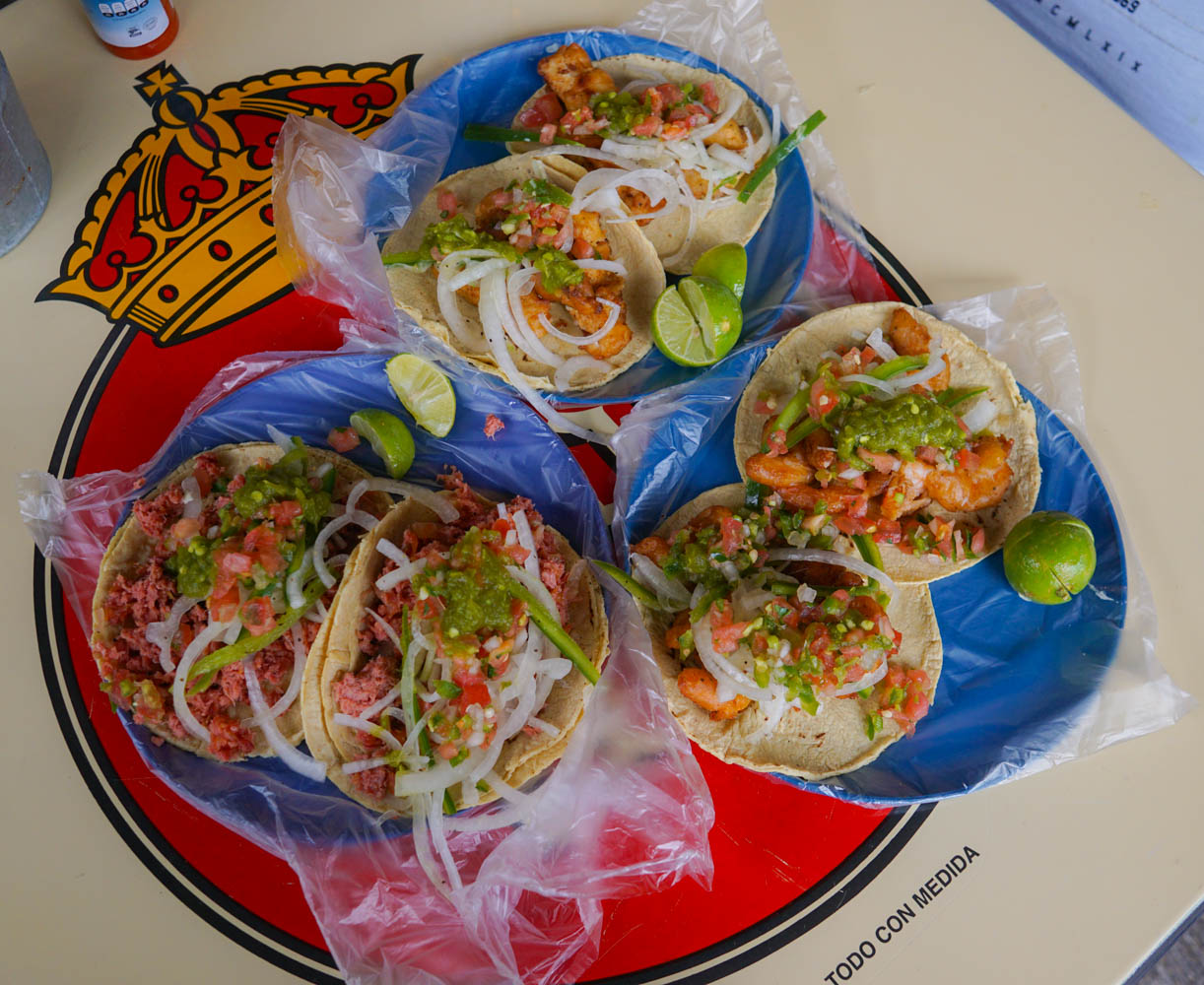 Mexico City is a place that many people throw out of their Mexican travel itinerary. It’s often dubbed as dangerous and boring. Not to mention there isn’t a beautiful beach in site.

But there was one thing that convinced me to add Mexico City to my travel plans: food. Mexico City is known for having an incredible foodie culture, with some of the best street food vendors and dozens of amazing restaurants.

As always, following my stomach is always a good plan for travel and I absolutely loved the three days I spent in Mexico City. Not just because of the all the delicious food I ate, but because of the culture and vibe of a city that felt miles apart from the touristy beaches of Cancun.

I had such a huge plan for eating in Mexico City and unfortunately I only managed to scratch the surface of what I wanted to eat in the city. I ended up having a really bad sinus infections that there were two nights where I couldn’t even venture out of dinner, and because we hit the Day of the Dead celebrations some places were closed or just jam-packed full of places. I want to return for an extended period, maybe to do a language course in the city, and just devour all of the food.

But for now, here is a summary of every amazing thing I ate in Mexico City.

Churros came over from Mexico with the Spanish, but the churros I ate at El Moro were so much better than any I ate during my whole month travelling through Spain.

El Moro is one of the most famous foodie stops in Mexico City and no matter what time of day or night it is, you’ll find a mix of tourists and locals munching down on delicious churros with hot chocolate. I absolutely loved the Mexican version of hot chocolate they served here, which was less sickly sweet and rich than the Spanish version traditionally served in churrerias (they still serve it at El Moro if it’s your favourite).

Whilst the churros were delicious the highlight for me was the churro ice-cream sandwich. Surely something can’t be more yummy than chocolate icecream nestled between two spiralled churros?

Despite my grand plans to selectively choose where we were going to eat every meal, we ended up starving in the Condesa area and just needed to stop somewhere for lunch. So I used the tried and true method of looking for a place packed with locals. El Pescadito had a line down the block and I immediately decided we had to stop there.

We joined the line, ordered and paid for our fish and prawn tacos and sat down with the locals to enjoy them with the spicy salsa available at the salsa station. They were bloody incredible! We had been in Mexico for a while at the this point, and had eaten our fair share of tacos, but these ones were by far the best I’d ever eaten.

El Pescadito didn’t hold the best taco crown for very long. I found Tacos El Patan mentioned online at Culinary Backstreets and immediately decided that we had to go there.

They only serve their famous fish tacos on Wednesdays, Fridays and Saturdays. But lucky enough we were able to visit on a Saturday. Getting an Uber here turned out to be super difficult- as we didn’t realise that this street stall was located right in the middle of the busy Languillo Market.  Aftter getting lost down some narrow streets we finally arrived at our destination.

Tacos el Patan is a tiny and hidden set up. Luckily a huge sign led us through a shop selling kid’s toys to a courtyard where a old Mexican man was cooking up a whole barracuda on a barbeque. I’m not entirely sure he gets a lot of white visitors as he seemed incredibly excited to see us. My broken Spanish allowed us to order up three of the delicious fish tacos each.

I watched him get some barracuda meat off the fish and wrap it in foil with mayonnaise and other sauces. He then let that foil cook on the barbeque for a little longer before it shoved it into a taco for us. It made me feel a lot better about food safety to see him cook it this well.

But I don’t think even bad food safety would have stopped me from eating those tacos. They were so full of flavour, the fish melted in your mouth and we had a great time sitting on plastic chairs with the locals and washing them down with fresh Mexican beer. If anyone asks me what the best dish I ate in Mexico was this is always going to the be the answer.

You’ll find Paleta shops all over Mexico City. It’s quite simply just icecream or sorbet that is put on a popsicle, sometimes coated in chocolate or decorated with fresh fruit. They are always super yummy, especially the fruity flavours that are evidentially made in house with real fruit.

I can’t even think about how many of these I ate during our time in Mexico City. They were a great morning or afternoon, or even evening snack!

Tacos al Pastor are tacos filled with meat that is cooked on a spit or turning grill. It’s no wonder this version of tacos were introduced by Lebanese immigrants, as the turning spits of meat look extremely similar to those in a Kebab or Gyros shop. In fact tacos al pastor are basically just kebab tacos, except the meat is marinated in Mexican spices and it’s usually better quality than I expect from my local kebab joint.

El Huequito is by far the most famous place in Mexico City to get Tacos al Pastor. Luckily for us, the hype isn’t for nothing. We ordered the traditional plain version just with meat and simple fillings like salsa, and the more modern version with melted cheese on the top of the meat. The melted cheese version was definitely the winner. I loved how juicy the meat was and how well seasoned was. It’s a cheap and delicious meal that you have to get while in Mexico City. Their guacamole is also very worth it!

You can hire camote street food vendors from ages away, as the contraption they use to cook the camotes makes a distinctive whistling sound. I followed the whistling sound to a father and son selling some delicious camotes.

So what are camotes? They are a simple street food snack of a whole steamed sweet potato that is covered in condensed milk. It’s a ridiculously good combination!

Again I have to thank the magic of the internet for this recommendation. El Caguamo is a street food truck that is permanently located on Calle Ayuntamiento. It serves only the best and most delicious seafood and is most famous for its seafood cocktail.

We had to wait for a seat as there are only about 10 spots. But we were rewarded with a perfect view of a little Mexican lady smashing out those seafood cocktails in the truck. We immediately ordered one of those each, along with some spicy fish to share. The seafood cocktails were fresh and tasty- definitely the perfect way to start our meal.

But we made the mistake of ordering the gigantic size that meant by the time our freshly cooked foil of fish arrived, we were almost full to bursting. We managed to rally to eat the deliciously cooked spicy fish that was ridiculously juicy. Who would know that we would find the best seafood in Mexico so far from the sea?

Have you got any recommendations?

I’d love to be able to make a new list of places to eat for when I return to Mexico City. Comment below!