Tayrona National Park in One Day From Santa Marta, Colombia 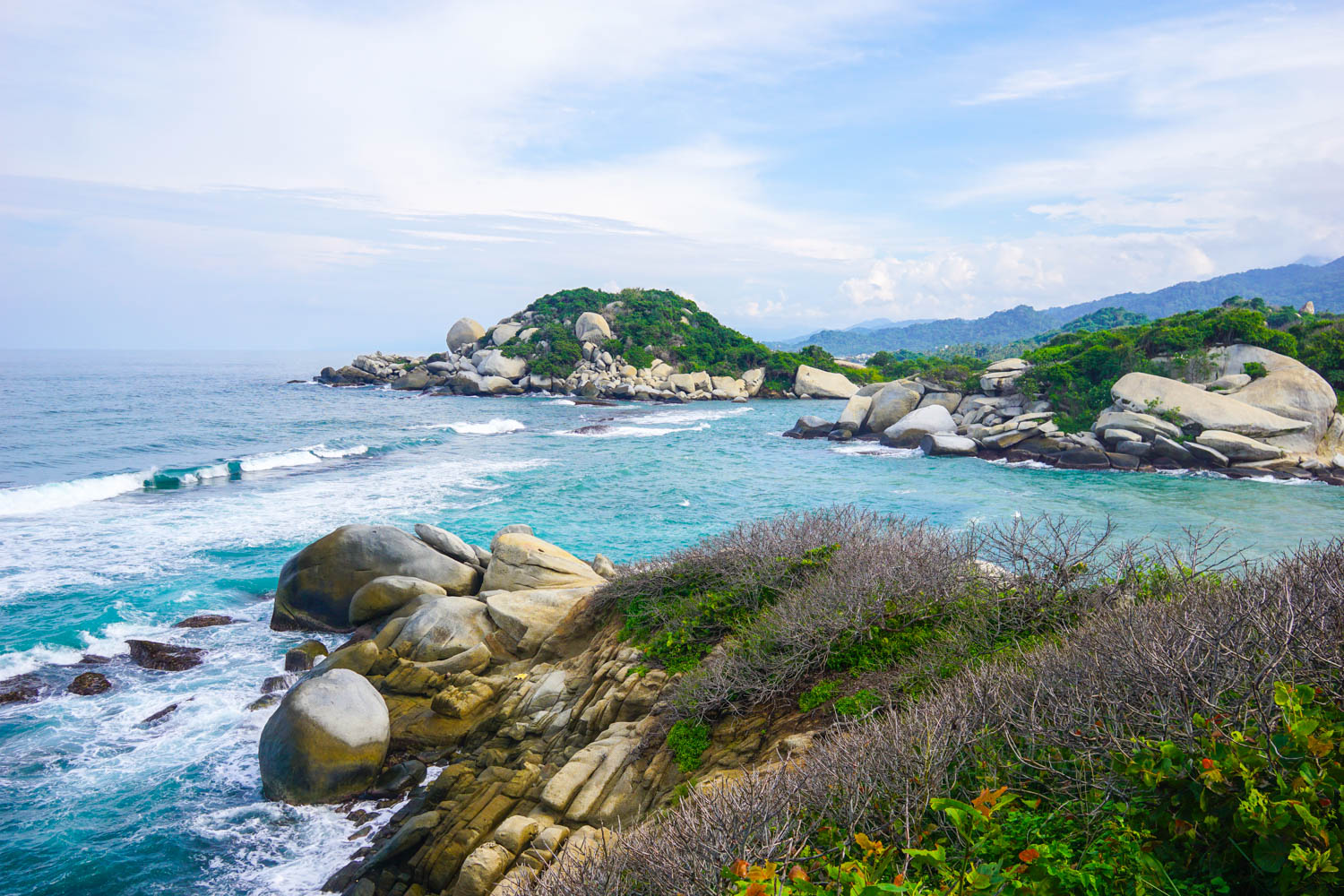 Tayrona National Park is one of the best trips you can take out of Santa Marta. Santa Marta is a huge stop on the Colombian backpacker trail even though it is boring and other than partying there isn’t much to do there. But it is the perfect base for other trips around the region. There is nearby Taganga beach, or Palomino beach. And there’s the mountains of Minca and the famous Casa Elemento that everyone heads to.

But with just a few short days left in Colombia, I only really had time for one trip. So I decided to do Tayrona Natinonal Park in just one day. Most backpackers that flock to the park spend a night and two days there. Some even love the chilled-out vibes and stay three or four days. Logistically, two days is easier.

Given the relative inaccessibility of the park, visiting in just one day can be a little difficult. You must be a bit organised and be able to squeeze a lot in to a short amount of time. But it is doable. It’s also a good option if you aren’t someone that can face the option of camping in a tent or a hammock- because there is your only real option for spending the night in Tayrona.

Getting To The Park Entrance

To squeeze everything into one day we had to leave Santa Marta early. Luckily enough it is easy to hop on a public bus to the park. You can get buses from Santa Marta bus station but if you are staying in the centre of town like us, the best place to catch a bus is from the Central Market. We couldn’t find the exact bus schedules but had been told by the guy at our hostel that they left roughly every half an hour. So, we basically just made our way to the central market. The market is rather large with roads running all around it, so we did have to ask some locals to point us in the direction of the bus stop to Tayrona. I think we left at around 8am. Luckily, we were waiting at the bus stop when the bus arrived because it meant we could get seats for the one hour journey to the park. Some people found themselves standing. The bus should cost you around 7000 Colombia pesos ($2-$3 USD).

Getting Into The Park

The bus/minibus will drop you off at the entrance to the park where you’ll need to pay the 40000COP ($15 USD)  entrance fee to the park. By Colombian standards this is expensive! It’s a bit of a theme for your whole trip to Tayrona. It will be an expensive day out, in comparison to every other thing you’ve probably already done in the country. They advertised a student price for 8000COP and I was made to believe that it applied to foreigners but they blatantly refused to let me have the discount. Maybe you will have more luck if you have a student card!

Before we could buy our ticket they made us watch a video on the history of the park and the rules that need to be followed.

After we paid our fee and entered the park we paid 2000COP for the shuttle to the car park. The car park within the park is the last point that is accessible by car. From there you’ll need to either hire a mule or walk the rest of the way into the park. I’d advise against the mule option. They really don’t treat their animals properly so it’s not the most ethical option. My friend that did it also said she felt incredibly unsafe while on the mule.

Thus we decided to hike roughly 6km to Cabo San Juan, the most popular part of the park and where you’ll find the most accommodation and restaurants. It took us just over two hours to reach this beach but the hike was stunning. We stopped frequently to snap photos of the amazing scenery and were able to see right along the coast that forms part of the National Park. Tayrona reminded me a lot of Wilson’s Promontory, a national park near my hometown in Australia that happens to be one of my favourite places in the world. I think Wilson’s Prom is better but I’ve got a lot of childhood bias there!

Is The Hike Hard?

I’m incredibly unfit when it comes to all forms of exercise but I found the hike to be relatively easy. Well except for the part where I fell into mud up to my knees and basically had to dig myself out with my hands. Of course, my friend Michael spent the whole time recording my struggle to wrench my leg out of the mad while also laughing and pointing passer-by’s attention towards me. If you follow the path and don’t accidentally take a wrong turn like we did you are unlikely to find yourself in a similar predicament.

Cabo San Juan is a beautiful spot. It was a great place to jump in the water and cool off after our 2-hour hike. I especially enjoyed being able to wash all the mud off me. It’s also where the majority of backpackers choose to pull up for the night. You can rent a campsite or a hammock for the night and it does look magical. Unfortunately, I didn’t have time for the overnight trip so we spent the rest of the day relaxing on the beach. There is also a restaurant where you can grab some lunch. But be aware, like all of Tayrona the prices are more expensive than you would usually pay in Colombia.

Getting Back to Santa Marta

We had two options for returning to Santa Marta. We could hike back to the entrance the way we had came from. The last shuttle buses from the carpark area to the entrance leave around 5.30pm and the gates to the park will close at a certain time. I think it is around 6-7pm but if you are going to hike back I suggest you check with the park when you enter on the day. Regardless, we would need to leave Cabo San Juan no later than 2.30pm in order to be absolutely certain we would make it back in time.

Our other option was to grab a speedboat from Cabo San Juan to Taganga Beach which is less than a half an hour drive from Santa Marta. The speedboat cost 50,000COP so this was a far more expensive option. But it also left at 4pm. We came to a collective decision that the speedboat option was worth it for a couple of reasons. Firstly, it meant we could enjoy the beach for a lot longer. Secondly, neither of us were very keen on hiking back the exact same way we had come. I especially didn’t feel like putting my muddy shoes back on at all that day. And the speedboat gave us a completely new experience with a completely new view of the park.

If you decide to follow our plan and jump on the speedboat book it as soon as you arrive on the beach. It’s rare but there are times that they book out. You’ll find the booking officers right near the restaurant and camping area of the beach. The second piece of advice I have is to not get changed into clothes before jumping on the boat. Keep your bathers/swimmers on because we got wet. If you have a dry bag for your stuff I’d also recommend throwing your things into that before boarding the boat.

We arrived in Taganga just in time to watch the most beautiful sunset of my time in Colombia. Heaps of taxi drivers will try and offer you rides back to Santa Marta. Luckily, we managed to find a lovely local guy who walked us all the way to the bus stop where we picked up a local bus to Santa Marta. It was cheap (500COP) and dropped us off super close to our hostel.

Where to Stay in Santa Marta

If you are a budget traveller or are just looking to make some friends, I always recommend staying at hostels. In Santa Marta I stayed at Masaya Hostel which was a really good budget option where I met lots of people.

Feel free to leave them below and I’ll attempt to answer them the best I can.